Reviews ~ for Drusus, Severus, Cato, and Lucien by Celeste Prater 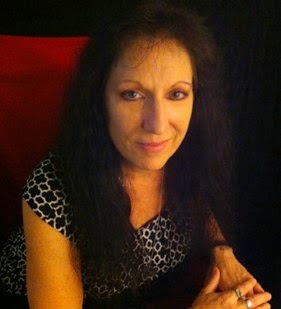 I was born and raised in a small town between Dallas/Fort Worth and Austin. Wanting to see more than my small Texas town, I joined the Marines, which satisfied my craving to see more of the U.S. and drive to see if I could be one of the few and the proud.

A firm believer in educating the mind, I have achieved several advanced degrees, the latest being a Masters of Science.

Drusus, Severus, Cato, Lucien, Petrus, Maxim, Caelius, and many more have swirled in my dreams until I had to bring them to life and allow them to find love within the pages of the FUELED BY LUST book series.

Awhile back, I reviewed Lucien, book four in the Fueled by Lust series not knowing at the time that the books are best read in order. :-( Celeste sent me the other books in the series so that I could get a better understanding and thus appreciate Lucien to the fullest. Thank you Celeste!

I've had the opportunity to read the previous three books since then and I have to say it does make a huge difference. After reading the first three, I went back and re-read Lucien and things made so much more sense.

Here are the books in order: 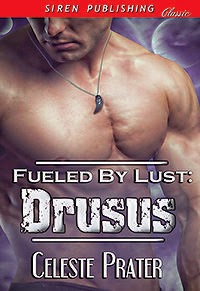 
Drawn to Texas by a vortex link between Insedivertus and a plethora of potential mates, Prince Drusus Tarquinius focuses on ensuring the survival of his alien race. Avelina Roth is simply out on the town trying to forget her love troubles when their accidental meeting draws them both into a dangerous liaison that brings a hated enemy back into Drusus’ life and shatters Avelina’s belief that we are alone in this universe.

How does troubled in love Avelina Roth deal with the overwhelming Drusus Tarquinius, a force not of this Earth, when he engages her in his mating cycle the moment they meet? Will Drusus overlook the past and move forward with the final mating? Will Avelina survive to know the full depth of his love when the planetary war that pushed the aliens to seek mates knocks firmly on her door? 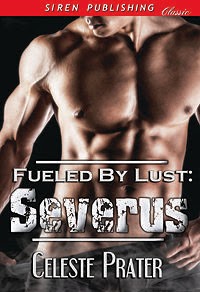 
Thrown together by the mating of Drusus and Avelina, Severus Faal and Cassie Wells find themselves drawn into a world of corporate espionage when Cassie catches a co-worker planting monitoring devices at her law office. Cassie’s drive to uncover the reason for the infiltration immediately engages Severus’s protective instincts to keep her safe. As they work together to solve this mystery, they begin a journey of self-discovery that raises old ghosts and salts unhealed wounds.

Since Severus refuses to wear his mating necklace, as is the custom of the Insedi male, he relies on instinct and readily dismisses signs that Cassie has triggered his mating cycle. While Cassie has a fearless outer shell, her core is full of shadows and indecision. A troubled childhood stagnates her ability to open her heart and experience a love that could span a millennium. 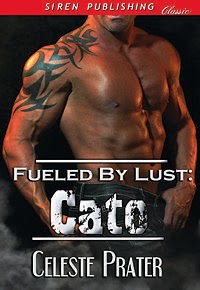 
\While monitoring the airwaves for potential mates for the earthbound Insedi, Cato Telarius becomes mesmerized with a sensual, feminine voice captured during a pay phone conversation with a hotline operator. Cato’s obsession with finding the woman attached to the voice leads him to a discovery that will shock the Insedivertus race and a love that will test the boundaries of his sanity.

Luna Jasper has been working hard to get out of an unfulfilling relationship, and just as she sees freedom within reach, one small mistake spirals her into a fight for her life, a huge push into the arms of a man she never believed could exist, and a surrealistic encounter with an alien world beyond her wildest imagination.

Book 3 in the Fueled By Lust Series once again delivers hot, drool-worthy Insedi, scorching sex scenes that will make you reach for a cool drink, intrigue, and heart wrenching passion. 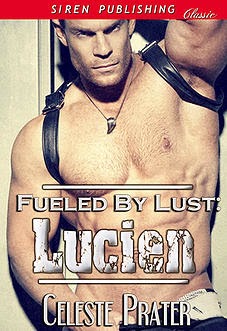 
Emperor Lucien Tarquinius agrees to retrieve the future king of a race that annihilated every Insedi female and doomed his planet’s future. Why would he do such a thing? Simple. He cannot have his enemy retake the throne and continue the war against Insedivertus. Yet an unexpected encounter changes everything.

Just one day away from collecting the reluctant ruler, the royal transport inexplicably disappears from its flight path. As the empire scrambles to find their missing emperor, Lucien embarks on a journey that challenges his intellect, tests his endurance, and pushes his emotions to the breaking point.

Tana Jameson wonders who she pissed off to warrant an investigative assignment aboard a cargo ship in the middle of the Atlantic. A moment of curiosity jettisons her into an alien world beyond her imagination and directly into the arms of a man stepping right out of her wildest fantasy.

Book 4 in the Fueled By Lust Series compounds the desire to find an Insedi walking amongst us. How can you not want one of these males?


Each book by itself was sexy and action packed. There was plenty of plot in each to keep me turning pages and I loved that each had there own set of problems. I hate when I read a series and each book repeats the problems. Not the case here!

I'd like to stress that you need to read these books in order to fully appreciate them! Things are explained in each book and they tend build and expand from book to book, while each book celebrates a different set of main characters.

The series begins with Drusus. These aliens strip at a club and feed off of the lusty emotions that those watching give off. ;-) Yes sometimes they hook up as well but that is neither here nor there.

Ava happens to be there one night while Drusus performs. Things get really intense pretty quickly. Drusus is the prince and is not used to strong minded women resisting him on any level.

Needless to say there are bad guys lurking and they play their part well.

Drusus saves the day and we get our HEA!

In the second book, we get Severus and Cassie. :-)

The third book brings us Cato and Lina.

The fourth, the lucious Lucien and Tana.

All of these characters are awesome. The males are Alpha to a T and the heroines are not the stick your head in the sand type.

As I said, each book has a different plot line which includes adrenaline spiking endeavers, sexy scenes, suspense, and pure chemistry (even when or maybe especially when they try to fight it!)

After reading them in order I enjoyed and understood the fourth book much more than when I tried to read it first.

If you like sexy males leads, alien stories, fiesty heroines, action and intrigue, or creepy bad guys you'll want to read this series. Start with Drusus to get the best results. ;-)

I am awaiting the time to read her latest, Caelius book which is on my TBR list. I am addicted to this exciting and extremely sexy series. I received copies of all of these books in exchange for my honest opinion. I know it is cheesy but I can't help but say that they are Out Of This World! I can't even pick a favorite because they are all that good.