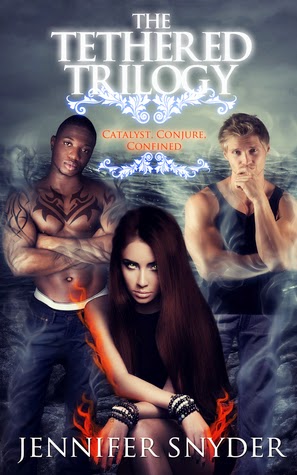 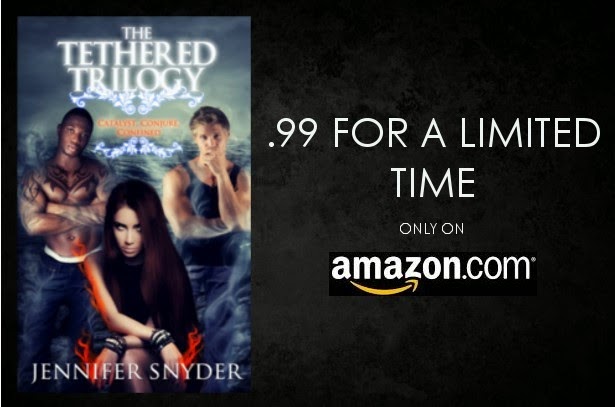 “Magick, Mystery, and a Sexier Than Sin Romance…”

Sometimes who we really are lies buried just beneath the surface…
After learning she’s inherited a house in the beachside town of Soul Harbor, Georgia, Addison Harmon and her best friend decided to take a much needed vacation before the pressures of life after high school suffocate them too heavily.
But what Addison finds isn’t a chance to recoup from a bad break up and hang out with her best friend while she decides what she wants to do with her future. What she finds is Kace Sullivan—a sexy guy she can’t seem to get enough of—someone who with one touch reveals a seductive world full of magick and secrets Addison isn’t sure she’s ready to be a part of.

Forced to partner up with Theo to figure out a way to break the tether, Addison soon realizes she may have bitten off more than she can chew.

To Addison Harmon becoming initiated appeared to hold the answers to her every problem—all except what she would do after, when the tether was finally broken. But when the after Addison imagined isn’t the one unfolding before her, she finds herself tangled even further in a web of secrets, lies, and betrayal.

It’s not until Addison is captured by the last person she ever suspected would betray her that she’s forced to rely on herself for survival.

Questions will be answered. Trust will be misplaced. And hearts will be broken.

Jennifer Snyder lives in North Carolina were she spends most of her time writing New Adult and Young Adult Fiction, reading, and struggling to stay on top of housework. She is a tea lover with an obsession for Post-it notes and smooth writing pens. Jennifer lives with her husband and two children, who endure listening to songs that spur inspiration on repeat and tolerate her love for all paranormal, teenage-targeted TV shows.

SHATTERED SOUL was my debut novel and no, you haven’t seen the end of me yet…

First of all, this is all three books in one nice edition. The whole trilogy right here, bam! :-) If you like twists and turns, surprises and magic in a YA read, I urge you to grab this for yourself. You will be happy that you did it. :-)

Addison inherits a house on the beach in book one and goes to Soul Harbor to check it out. She meets some friendly and some not so friendly people, has some scary things happen to her, a cat moves in and won't leave, etc.... She finds out many things about her birth mother and grandmother. Many are surprising and magical. :-)

At the end of book one, a HUGE surprise happens. This is basically what book two is about. The actions and consequences brought on by the ending of Catalyst shape book two. Theo and Addison get to know each other better. She learns more about herself, Soul Harbor, and hoodoo. I am trying not to say to much.

The third and final book is the culmination of the trilogy and in a sense, it is like finishing a puzzle. I had one or two aha moments when everything just seemed to click and make perfect sense. Awesome!

I love Jennifer's writing style. She really knows how to pull people in and keep them on their toes and turning the pages!

There is mystery, magic, adventure, surprises, action, a triangular affection situation, some humor, danger, and a wonderful (mostly) cast of characters.

I received an ecopy of this edition in exchange for my honest opinion. I thought it was powerful. I love the heroine and her ability to think things through and not always follow the crowd. It was out of sight and dynomite!