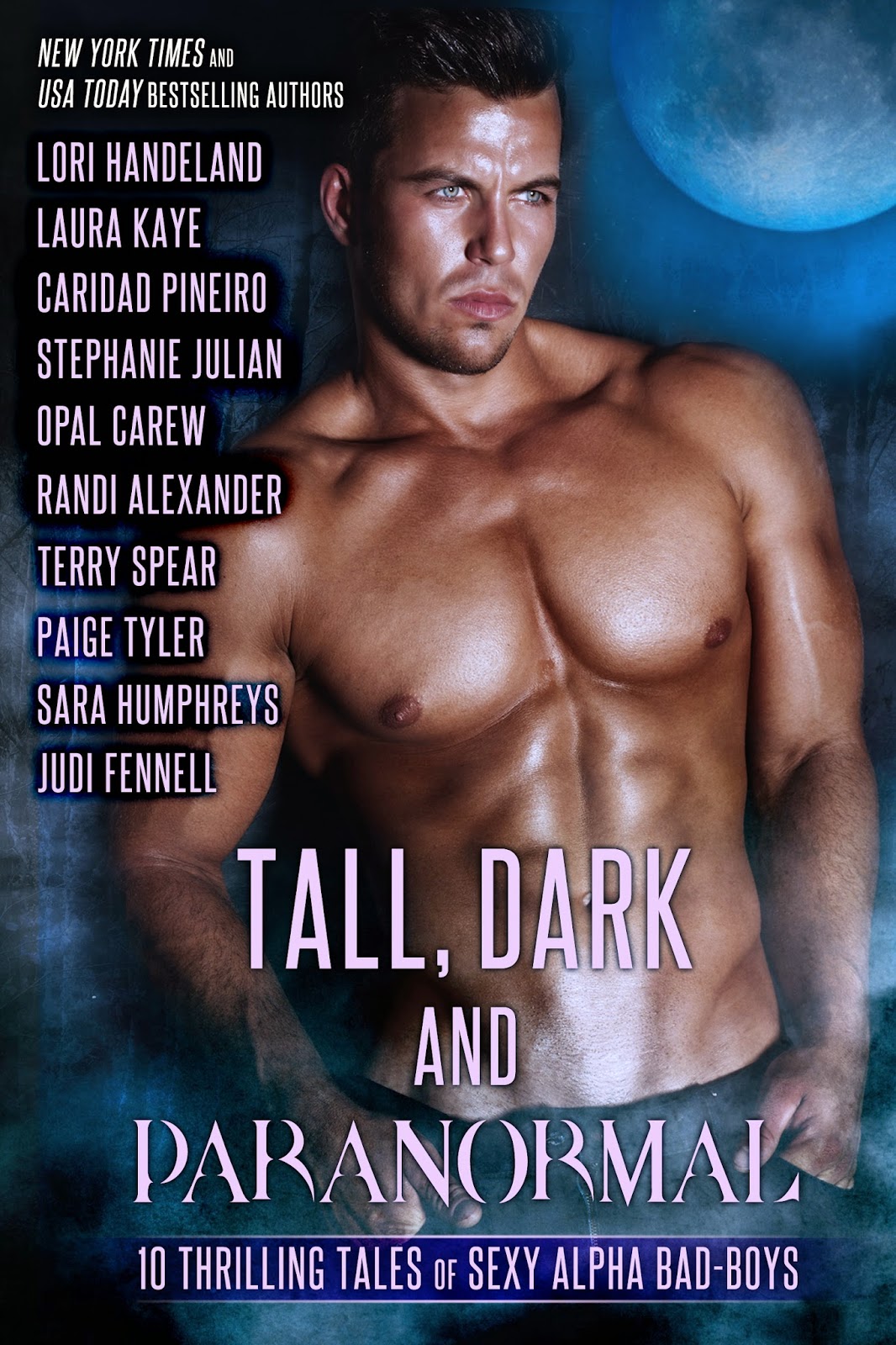 These are the books that you'll find in this collection!


Here is a little about each of these authors: 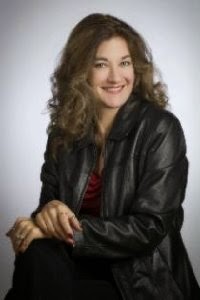 She is a New York Times, USA Today, Waldenbooks and Bookscan Bestselling Author and the recipient of many industry awards, including two RITA Awards from Romance Writers of America for Best Paranormal and Best Long Contemporary Romance, a Romantic Times Award for Best Harlequin Superromance, the Colorado Romance Writers Award of Excellence, the Write Touch Readers Award, the National Readers Choice Award and the Prism Award.

Published world wide and known for her popular and highly acclaimed Nighcreature paranormal series, as well as her urban fantasy series, The Phoenix Chronicles, Lori is also the author of the Shakespeare Undead historical fantasy series, The Luchetti Brothers contemporary series and The Rock Creek Six historical romance series (with Linda Winstead Jones).

She also writes sexy, adventurous western historical romances under the name Lori Austin. Her series "Once Upon a Time in the West" began with the critically acclaimed Beauty and the Bounty Hunter (http://tinyurl.com/8pz2oma).
Lori lives in Wisconsin with her husband, enjoying occasional visits from her grown sons.

Visit her web site at: www.lorihandeland.com

For up to date information join her newsletter. 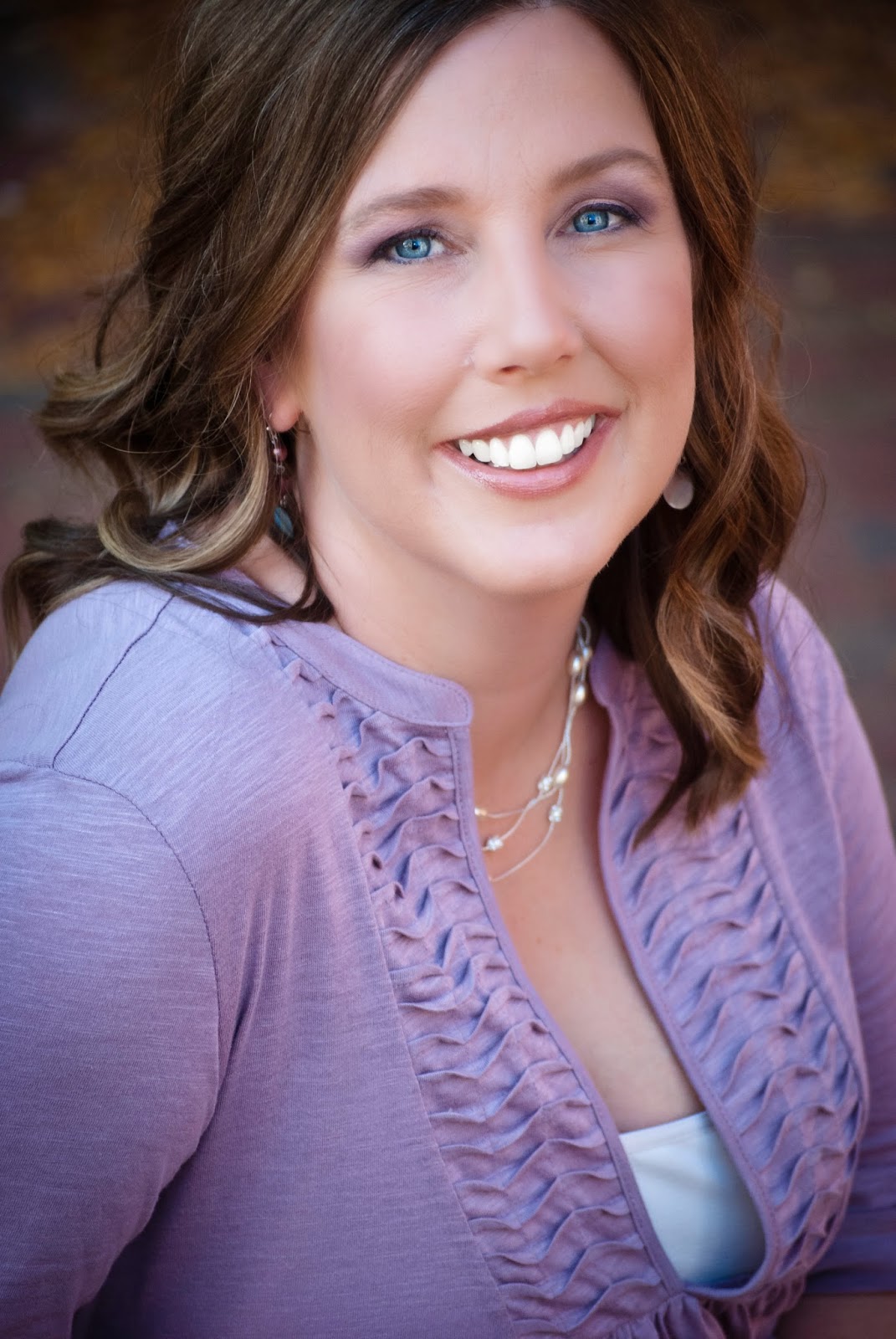 Laura is the New York Times and USA Today bestselling author of nearly twenty books in paranormal and contemporary romance and romantic suspense. Growing up, Laura’s large extended family believed in the supernatural, and family lore involving angels, ghosts, and evil-eye curses cemented in Laura a life-long fascination with storytelling and all things paranormal. She lives in Maryland with her husband, two daughters, and cute-but-bad dog, and appreciates her view of the Chesapeake Bay every day. 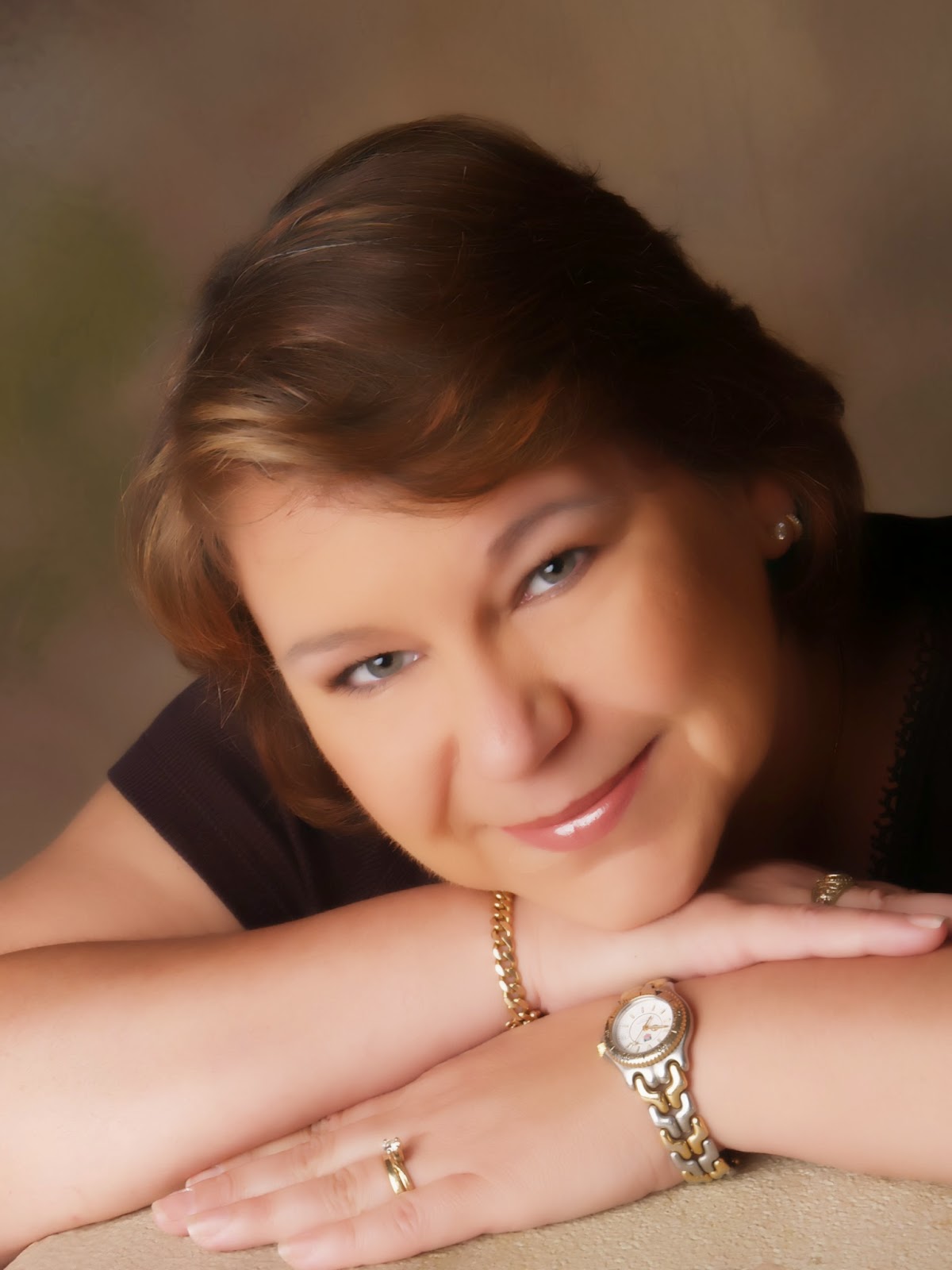 NY Times and USA Today Bestseller Caridad Pineiro is a Jersey Girl who just wants to write, travel, and spend more time with family and friends. Caridad is the author of over 40 novels/novellas and loves romance novels, super heroes, TV and cooking. Caridad writes dark and sexy romantic suspense and paranormal romances for those who live to love on the edge. Her sweet, but still naughty side, Charity Pineiro, writes contemporary romances packed with emotion and humor. For more information, please visit www.caridad.com or www.rebornvampirenovels.com.
Twitter * Facebook * Pinterest * Goodreads

Caridad also sends out a newsletter to her friends! 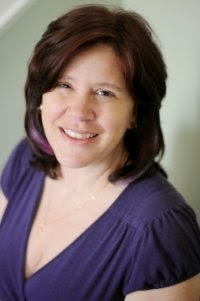 Stephanie is happily married to a Springsteen fanatic and the mother of two sons who introduced her to the joys of Slipknot, Warped Tour and never-ending headaches. 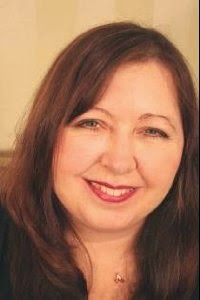 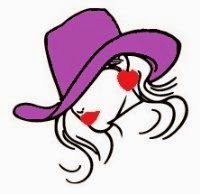 Published with Cleis Press, Wild Rose Press, and self-published, Randi writes smokin' hot romance with heroes who'll have you begging to ride off into the sunset with them. When she's not dreaming of, or writing about, rugged cowboys, Randi is biking trails along remote rivers, snorkeling the Gulf of Mexico, or practicing her drumming in hopes of someday forming a tropical rock-band.

Saddle up! And prepare yourself for the sexier side of happily ever after.

Randi Alexander loves to connect with her readers! Say "Howdy" on Twitter, sign up for her newsletter, or fall head over spurs for her cowboys on Facebook. 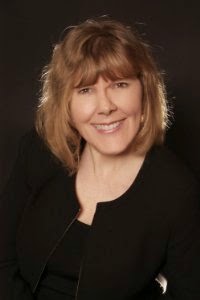 USA TODAY bestselling, and award-winning author and creator of award-winning teddy bears who have found homes all over the world including Australia, Switzerland, China, and Russia, and a retired officer of the US Army Reserves, I love to plant trees and flowers and if I could, I'd turn all the deserts green. Time travels are my favorite read, although I love to read most anything, and the Bourne series, Romancing the Stone, Sixth Sense, Legend, The Princess Bride, Stardust, Inkheart, LOTR, and tons of other movies are my favorites.

I love to research, to make urban fantasy worlds real, to bring a little of the paranormal into our world. Even in "Winning the Highlander's Heart" the heroine feels she is cursed and she has second sight. But I try to do it in a way that feels real, and not fantasized. :) Currently, I'm working on book 2 of the new jaguar shifter series, but still am working on wolf book number 12 and 13! So more hunky wolves to come! A SEAL in Wolf's Clothing has just been released. 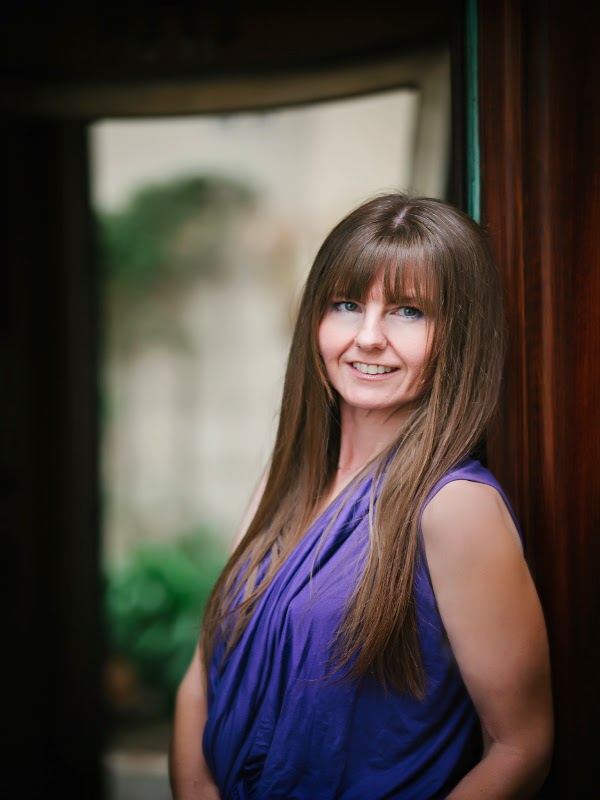 Paige Tyler is a USA Today Bestselling Author of sexy, romantic fiction. She and her very own military hero (also known as her husband) live on the beautiful Florida coast with their adorable fur baby (also known as their dog). Paige graduated with a degree in education, but decided to pursue her passion and write books about hunky alpha males and the kickbutt heroines who fall in love with them.

She is represented by Bob Mecoy. 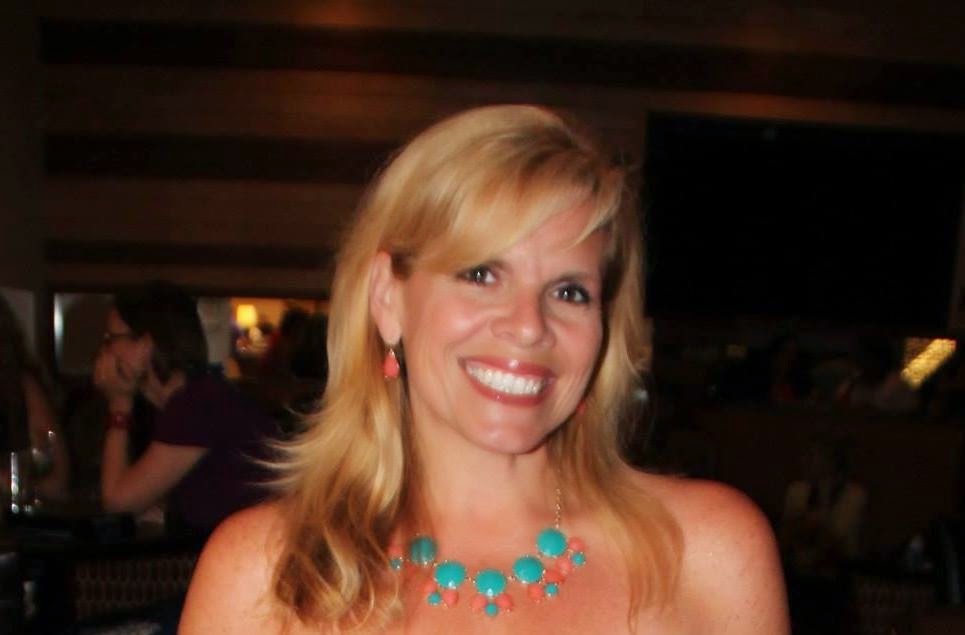 Sara HumphreysSara is a graduate of Marist College, with a B.A. Degree in English Literature & Theater. Her initial career path after college was as a professional actress. Some of her television credits include, A&E Biography, Guiding Light, Another World, As the World Turns and Rescue Me.            In 2013 Sara's novel UNTAMED won two PRISM awards--Dark Paranormal and Best of the Best. Sara has been a lover of both the paranormal and romance novels for years. Her sci-fi/fantasy/romance obsession began years ago with the TV Series STAR TREK and an enormous crush on Captain Kirk. That sci-fi obsession soon evolved into the love of all types of fantasy/paranormal; vampires, ghosts, werewolves, and of course shape shifters. Sara is married to her college sweetheart, Will. They live in New York with their 4 boys. For a full list of Sara's books and reading order, please visit her website at www.sarahumphreys.com 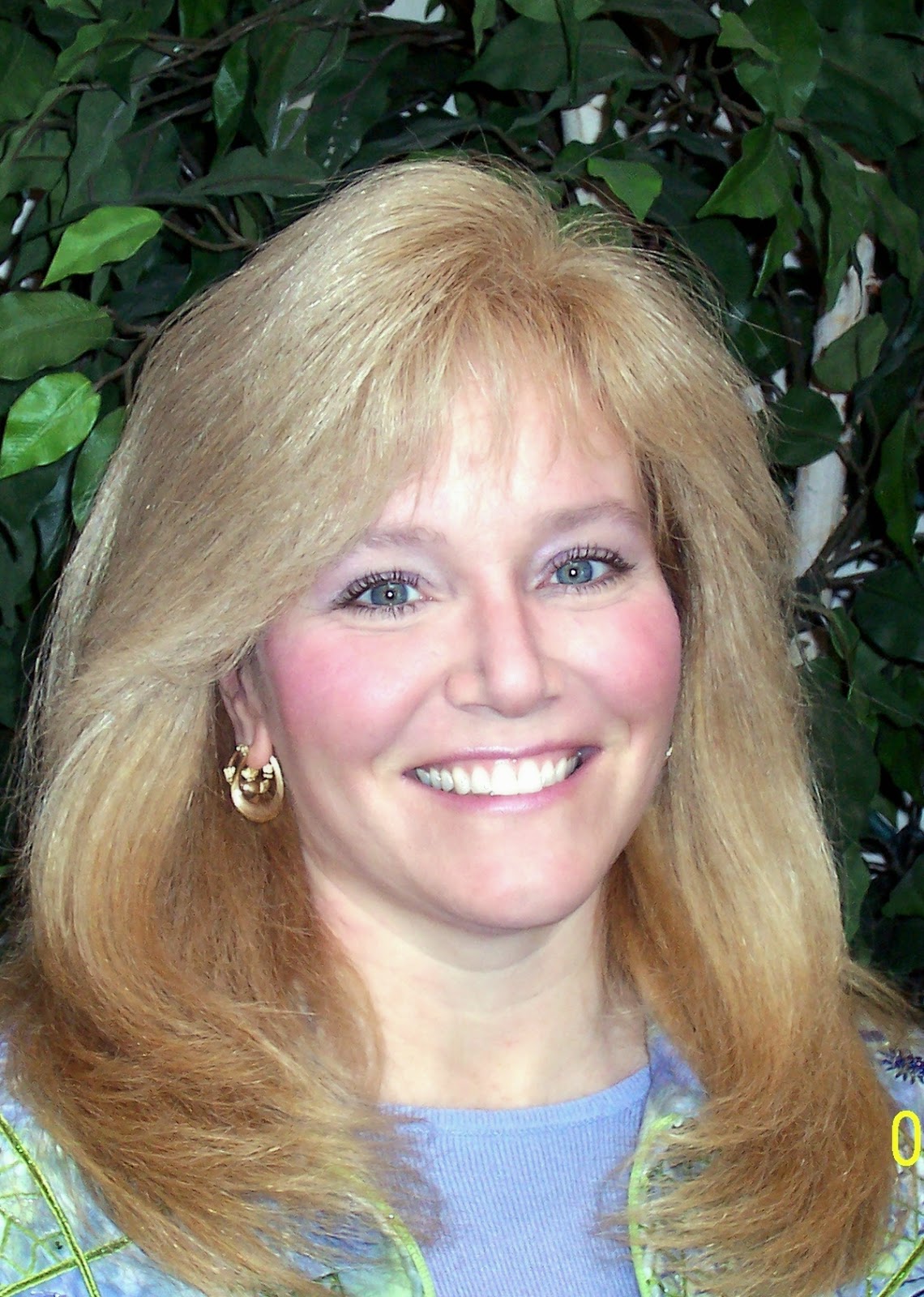 Judi Fennell has had her nose in a book and her head in some celestial realm all her life, including those early years when her mom would exhort her to “get outside!” So she did—right into Dad’s hammock with her Nancy Drew books.

These days, she’s more likely to have her nose in her laptop and her head (and the rest of her) at a favorite writing spot, but she’s still reading either her latest manuscript or her friends’ books, or helping authors bring their books to readers with her formatting business, www.formatting4U.com. A PRISM and Golden Leaf Award winner, Judi is thee author of lighthearted romantic comedies. She lives in suburban Philadelphia with her own menagerie—which just might include a few of the two-legged kind. Check out excerpts reviews, and deleted scenes on her website  or visit her online on herblog, Facebook and Twitter.

I started with Laura Kaye's story. Forever Free had everything that fans of Laura Kaye would expect to find. There was romance, great characters, some danger, a touch of angst, vampires, and terrific storyline. :-) My favorite character was a short little thing. ;-) This book alone would be worth the price. It was an exceptional read!

Huntress For Hire by Terry Spear was also a vampire tale. I thought it was fangtastic buuuuuttttt, the ending felt just a smidgen rushed. I wanted more! I hope that she writes more about these characters. I love great characters. They are my book weakness and terry certainly supplied me with them!

Sins Of The Flesh was exciting and the plot was interesting. It reminded me a tad of the Bionic Woman. I liked it but I had a few issues with Mick, the leading man. He seemed to be two sided. He supposedly didn't like the way his sister's beau "manhandled her, yet he turned around and man handled our heroine. Other than a few minor things like that. I enjoyed this story.

Spell Bound by Stephanie Julian took me a little while to get into but then I was bewitched. I am eager to read more about these characters and their magical world.
The characters were great, the plot was enchanting, it was a decent length story, and other than the beginning, it kept my attention quite well. I liked it a good bit.

Spellbound by Opal Carew was a decent read but I felt like maybe I was missing something? I didn't really care for the ending either. So I'd just say it was decent because I was nowhere near Spellbound. :-(

I never thought that I would think a zombie was sexy but dang, I guess I have to eat my words. I really liked this zombie tale by Paige Tyler. Dead Sexy had a decent pace, a good set of characters and a compelling plot.

Beauty and The Best was my very first Judi Fennell experience. I doubt that it will be the last. I loved her writing style! It was light and flowed well. I laughed at some of Jonathan's circumstances. Wonderful change of pace!

I first fell into fan statis with Sara Humphreys when I read her Amoveo books. I figured that I would like Asmodeus but I was wrong. I more than liked it! As usual she has a way of keeping me on my toes while having me hanging on every word. In a word her writing style is compelling! I will have to add the rest of this series to my TBR list.

LOL! I don't know why I left the first story for last but I did. I think it may have been partially because I thought it would be a little lengthy and I was right. It also could have been because I suspected that I had this book in paperback on my shelf and I was doubly right. Crescent Moon by Lori Handeland was a were tale with some voodoo too. There were parts that I really liked but I just didn't quite connect with Adam or Diana, the main characters. This one was just good, not great in my opinion.