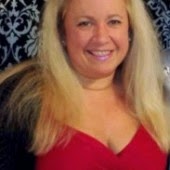 
In addition to romance, Kym has written and published several articles about autism, and is passionate about autism advocacy. She writes autism articles on PsychologyToday.com and AutismInRealLife.com. She also is a contributing essay author in Chicken Soup for the Soul: Raising Kids on the Spectrum.

Kym lives with her husband, two children, dog and cat. Her hobbies include autism advocacy, reading, tennis, zumba, traveling and spending time with her husband and children. New Orleans, with its rich culture, history and unique cuisine, is one of her favorite places to visit. Also, she loves traveling just about anywhere that has a beach or snow-covered mountains. On any given night, when not writing her own books, Kym can be found reading her Kindle, which is filled with hundreds of romances.


Thanks so much to Crazy Four Books for inviting me to represent wolves!  :-)  I’m so excited to be here!

I was happy that you agreed to take part. Thank you so much!


Do your wolves shift back with their clothes still on? The wolves of the Immortals of New Orleans need to get naked to shift and when they shift back, they are still in their birthday suits.  My wolves are very comfortable with nudity, and some, like Tristan, prefer it to clothes.  LOL  :-)

Does it hurt when they shift? The only time I’ve written that shifting has hurt one of my wolves is in the case of a human whose genetics were modified so that she’d turn wolf.  Her transformation was both difficult and painful.  But in general, my wolves shift seamlessly with no pain whatsoever. It’s as natural as breathing.

What makes your wolves special or different from other wolves? LOL :D Well, I’d say that my wolves are very sexual and adventurous.  They are primal, driven to mark their mates, and love to get a little kinky every now and then.  They are integrated with humans and other supernatural beings but still are very loyal to their own packs. ;-) I like them like that!

Would you consider your monsters to be good or bad? What is their greatest enemy? Do they have any allies? Hmm…I don’t really consider most of my wolves to be monsters.  Like humans, my wolves can be good or evil, depending on their character.  So some of my wolves are heroes and heroines, but some are horrible monsters.  As far as enemies, most of my wolves are distrustful of vampires, but Dimitri is very good friends with Leopold, who happens to be a vamp.  Leopold has been an ally of the wolves but wolves primarily rely on their pack for support. Sorry! Just a term in order to fit with the GGMMMU theme! I don't consider your werewolves to be monsters either!

What do you envision their greatest characteristic to be? Their worst? Tristan, Logan, Dimitri, Jake and Jax are all sizzling-hot wolves.  While they are dominant and push the sexual limits of their lovers, they are caring and loyal to their mates (and future mates in the case of Jake and Jax).  The worst characteristic of my wolves is individual to that character.  While they may be close to perfect, they each have small flaws that make them who they are and build character.  For example, Logan struggles to fight his attraction to his mate, believing that he should focus all of his attention on his newly acquired pack.  Or Dimitri, when frustrated, cooks as if he’s a caterer even though there’s hardly anyone to eat the food.  There’s a scene in my last book where he’s in the kitchen, essentially naked except for his “Kiss the Cook” apron, and his friend, Jake, finds it quite comical. I know exactly which scene you mean. I thought it was great. :D

Do female werewolves have a problem with shaving? Do they need special supplies, etc… In my paranormal romance world, no one has to shave or wax.  My ladies can have smooth legs without ever picking up a razor.  LOL :D And showers and baths, well, they often involve steamy love scenes that begin with someone getting soaped up nicely.

What two creatures would you love to see go toe to toe in a battle? You will be judged for creativity. ;-) Feel free to describe the battle. To me the best fights scenes aren’t determined by the type of creature but by good versus evil.  I want to root for the hero…the Alpha, who saves his pack, or the vampire, who saves his mate from a demon.  I was recently at Comic Con, which makes me think if I had to choose from two known evil creatures, villains that we already know are ultra-evil, I’d like to see Darth Vader go up against Predator.  Somehow I think Darth Vader would win, only because he’s got that cool light saber and he’s spent a lot of time thinking about how to best get revenge on his enemies.

Choose three of the following and tell us what your creature would do with them, make out of them, use them for or what reaction they would have to them: an apple, an gemstone, a silver chain, a fish, a rat, a deer, a toad, a piece of pizza heavily dosed with garlic, a flower, treasure belonging to someone else, fire, a spider, a worm, a ball of string, a microphone and speakers, a wooden club, a mirror, a book, a cemetery, a boat, a moonlight bonfire, a sunny afternoon, a walk through the forest on an overcast day, a wooden stick, a Popsicle, a broom, a tree, a lost person, a baby, a body of water, a cross, a cage, wolfs bane, a rock, a rubber band, a chicken, a rabbit, a cave, rope, or a piece of candy. I’ll preface my answers by saying that I write erotic romance, so my mind always goes right to love scenes. LOL J  So I’ll take the Popsicle, a Moonlight Bonfire and a Rope.  I could see one of my Alphas, most likely Jax Chandler using all three of those things.  Jax’s story is still yet to be written but I can already tell you that he’s going to be nothing but Alpha, and I could totally see him enjoying some kink next to a bonfire.  He’d probably use the rope for a bit of bondage and enjoy a little food play using that Popsicle.  It tastes sweet, and I can picture him feeding it to his mate, perhaps teasing her a bit with it first.  :-)  ;-) You are such a tease!

Which type of monster do you think would make the best love interest for your monster and why? The worst? My wolves only mate with other wolves or wolf-human hybrids.  That being said, the best part of paranormal romance is that with magic, rules can be broken or rewritten.  So while the best love interest for one of my wolves would be another wolf, it’s always more interesting to leave the possibilities wide open.  Maybe one day my wolves will mate with a mermaid or vampire?

What scares you? Bugs, spiders or any other kind of creepy crawly.  Not a fan.  I'm with you.

What type of candy would you be apt to grab? Give out for Halloween? Reese’s Peanut Butter cups.  I like to eat them and like to give them out, too. Yuuuummmmmmm!

What is their favorite meal? Most of my wolves live in New Orleans.  In my books, they love to eat both Cajun and Creole delicacies, and because their author very much enjoys beignets, so do they.

What do you think is the most mis-construed idea about werewolves? Werewolves are often portrayed as completely wild, animalistic to the point that they can’t control their impulses.  My wolves, even when shifted, can utilize their human-based cognitive abilities to strategize.

What is a least known trait about them? One of my Alpha wolves has a kitten for a pet. He named it Mojo.

How do your wolves find or know their mate? My wolves instinctively recognize their mates after they’ve had a sexual encounter with them.  But just because they’ve met their mate, it doesn’t always mean they are ready to accept it.  But destiny always has her way in the end.

Which kind of animal you would love to see as wereshifter that you’ve never read about/ heard about? Wereshifters are fun because they can be anything you can imagine.  In Dimitri’s book, Jake joked with Dimitri that perhaps the alluring woman they’d rescued could be a skunk shifter.  I’ve never actually read or heard about a skunk shifter but it may exist somewhere.  I think I’d prefer to see a more majestic creature like perhaps dolphin shifter or maybe an owl shifter.

What is your favorite type of monster to write about? Read about? I love wolves and vampires.  As a writer, it sounds silly but we fall a little bit in love with the characters we write.  By the time a book releases, I’m sad that my hero’s happily-ever-after has come to an end.  But there’s always a new book boyfriend waiting in the wings who will soon have his own story.  I loved writing about Dimitri.  He’s one of my favorite wolves, but I know I’m going to love Jax, too.  And before Dimitri, I had a crush on Leopold.  So choosing between my characters is difficult.  My vampires are sophisticated and dominant whereas my wolves are Alpha and sexually uninhibited.  I love to write and read about both of them. Me tooooooo! ;-)

Thank you so very much for schooling us on your wolves and especially for sponsoring today's giveaway with wonderfully wolfish prizes!
You can find purchase Links and my review for her latest book, Dimitri, here.

All of her covers are awesome! Click on any of them to go to Goodreads and find out more about that book :-) In addition to weres, you'll find many of the other supes in her books too!