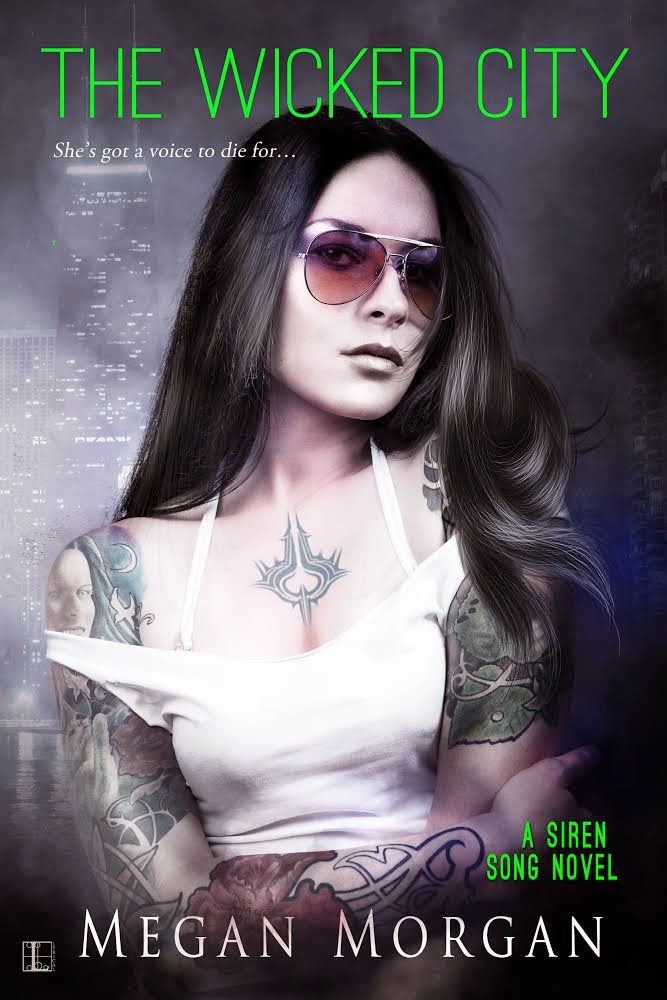 The first novel of my Siren Song urban fantasy series, 'The Wicked City' will be released through Kensington's imprint Lyrical on March 2, 2015. The main character of the series, June Coffin, is a siren, though not in the mythological sense. In June's world, people with paranormal powers are known about and studied. The scientific term for her ability is 'aural captivation.' June can make people do whatever she wants using her voice. She has full conscious control over this power, though sometimes, especially if she's emotional, it has unintended effects.

I'm going to answer these questions with my flavor of siren in mind.

-      What is the difference between a siren and a mermaid? I dislike when people classify sirens and mermaids as the same thing. Mythological sirens are not mermaids, and though often depicted with wings, they're humanoid and don't have fish tails. Sirens are temptresses, sea deities that lure people to their doom--mermaids have fins and wear seashells on their boobies.

June might wear seashells on her boobies. She wouldn't want wings though, as she's afraid of heights. Maybe she IS a mermaid. Hmm…

As far as mythological sirens go, luring people to their destruction might be kind of awesome, especially if a ship of debt collectors was floating by.

-      Would you consider your “monster” to be good or bad? June is who she is--she didn't ask to be born with her power and in fact wishes she didn't have it. She's a good person.

Mythological sirens are bad. You probably want to stay away from them. Odysseus had the right idea: tie yourself to the mast.

-      What is their greatest enemy? Do they have any allies? Orpheus outwitted the mythological sirens, and Odysseus was like a cat, just begging curiosity to kill him. However, they don't have many natural enemies and as far as allies go, they're like the mean girls in high school, only hanging out with each other.
June would say her greatest enemy is self-doubt and her greatest ally caffeine.

-      Name any two creatures that you would love to see go toe to toe in a battle? Vampires vs. werewolves is so cliché, but sign me up for it. It's still the hottest paranormal battle in town. The Underworld movies showed us the reason we should grab our popcorn and get a front row seat: it's freakin' hot. At the conclusion of the battle, I would prefer the vampire and werewolf have hate sex, you know, to smooth things over. Is that too much to ask?

-      Choose three items and tell us what your creature would do with them, make out of them, use them for or what reaction they would have to them: I'll answer these as June, who is a no-nonsense, hard-nosed kind of gal with some questionable social skills:
A silver chain: June is a tattoo artist and a bit of a punk. She'd wear it with the rest of her bitchin' jewelry.
A moonlight bonfire: Get drunk and party. If it was a romantic bonfire, she would probably roll her eyes.
A baby: Make a face and hand it back to the mother.

-      Which type of monster do you think would make the best love interest for your monster and why? The worst? June gets herself involved with two very opposite men: one a 'normal' with some progressive, proactive ideas, and the other a paranormal man (can't tell you what he is, that's a spoiler) who is fiery, passionate, and a little off the deep end. These two men's shared traits? They're both tall, handsome, and sexy. They're both bad for her, of course. She only likes things that are bad for her.

As far as mythological sirens, I don't think any sort of man is really 'good' for them, unless he's into being enchanted and eaten. Hey, people got fetishes. No judgment!

-      What scares you? Mortality. Money and the lack thereof. Spiders. Ghosts. When someone says "we need to talk." That friggin' depiction of the Mouth of Sauron in the Lord of the Rings movies.

-      What is your monster most afraid of? What makes it happy? June is afraid of herself and what she could do to people. Tattoos and cigarettes and men with nice butts make her happy.

Mythological sirens like eating people I suppose, but they're afraid of choking on the bones?

-      What type of candy would you be apt to grab? Give out for Halloween? Chocolate and chocolate. Are there other kinds of candy?

-      What do you think is the most mis-construed idea about sirens? Mythological: that they're mermaids.

For June, everyone thinks she's a lesbian. She's baffled by this. No, I'm not kidding, read the book when it comes out!

-      What is a least known trait about them? It was said of the mythological sirens if someone escaped their song, they would die. When Odysseus resisted their song, they flung themselves into the ocean in the biggest dramatic hissy-fit ever.

As far as June goes, no one knows she's really a bit of a softie. Aww. Also, she has some piercings in interesting places--but a few people have already found that out.

-      What is your favorite type of monster to write about? Read about? I love reading about werewolves, maybe because I have a thing for big, burly, bearded, strapping men, and that's how most werewolves are depicted. Also, the primal, seething, feral-ness is oh-so-sexy. I wouldn't mind being dragged off to the werewolf's lair.
Writing about--I love to write about ghosts, for some reason. They scare me but I can't resist them, kinda like gelato (it's not quite ice cream, it's not quite yogurt, it scares me!).

Thank you Megan for taking the time to talk with me.  :-)

The Wicked City will be released March 2, 2015 from Kensington's Lyrical imprint:

Whatever June Coffin says, goes—literally. And it’s not just because she’s a chain smoking rebel. As a Siren, June has the ability to force people to obey any command she voices. But in a world where those with supernatural powers quickly become lab rats for science, she’d rather look out for herself than fight on the front lines…until her similarly gifted twin brother, Jason, is captured by Chicago’s Institute of Supernatural Research.

To save Jason, June has no choice but to enter a hidden world of conspiracy, murder—and strange bedfellows—including a widowed paranormal advocate whose memory June accidentally erased, and a fiery paranormal separatist leader. Soon the lines between attraction and strategic alliance become blurred. But in a city exploding with paranormal crossfire, and her brother’s life at stake, June will have to face her inner demons and finally take a stand. 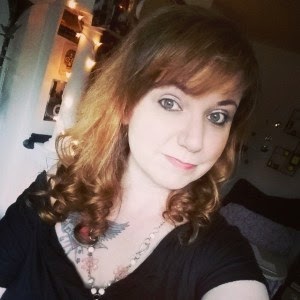 Megan Morgan is a paranormal romance, erotica, and urban fantasy author from Cleveland, Ohio. Bartender by day and purveyor of things that go bump at night, she likes her fiction scary and sexy. She’s a member of the RWA and trying to turn writing into her day job, so she can be on the other side of the bar for a change. Currently published with House of Erotica and Muse It Up's erotica imprint Muse It HOT! She is also the author of a three-book urban fantasy series coming in 2015 from Kensington.


Don't forget to enter the Comment Incentive Giveaway. It is a great chance to win a book you'd like to have! The link can be found at the top of the page.
Posted by Brenda Demko at 1:00 AM