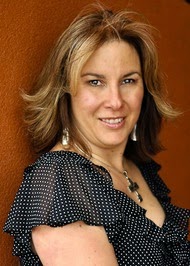 Vampires, demons and witches! I love to write about these dark entities and the darker the better. My characters are plunged into worlds where they experience torture and mayhem, but even in a world of darkness, true love survives. I write both contemporary and historical paranormal stories and currently, am with Lyrical Press, Buffalo Mountain Press and Passion in Print.

I have a Master of Arts in Creative Writing from Regis University and I studied both creative and creative non-fiction.  My final Capstone was on A Pirate’s Curse, my paranormal historical manuscript, and I’ve decided to self-publish it in the fall of 2013. Creative non-fiction is actually subjective journalism and this helped me learn how to write columns, basically blogging.

I live in Colorful Colorado and enjoy the Rocky Mountains. Many of my other stories, such as Dark Promise, which will be coming out in March 2014, are based in the mountains, specifically Frisco, Colorado where my family owns a cabin.
My home backs up to open space and I enjoy taking my cocker spaniel, Sadie, on trails behind my house.

For you, are dragons sexy, kind, devious or evil? I think it depends on the dragon’s mood. They can act sexy, be kind or turn around and become devious or evil. Just don’t get on their bad sad or you’ll become a crispy critter.

Would you consider your “monster” to be good or bad? What is their greatest enemy? Do they have any allies? Drakon is not bad or good. He desires freedom, but unless he hands over William’s brother and his bride to an evil demon, he’ll remain a spirit. But Drakon’s most hated enemy is not the demon, it’s Maketabori, God of Coaybay. Maketabori killed Drakon and has kept his spirit imprisoned in Coaybay. Until now.

Where would we find your monster living? Drakon resides inside of William, a pirate. They live on board the Soaring Phoenix in the Caribbean.

Name any two creatures that you would love to see go toe to toe in a battle? You will be judged for creativity. ;-) Feel free to describe the battle. The first creature, I’d like Drakon to fight would be a chimera—a three headed creature. A winged chimera has the head of a lion, a head of a goat and a head of a dragon and a tale that ends with the head of a snake.

Maketabori, God of the Underworld, ordered his new pet, a chimera, to fight Drakon.

Drakon hissed as dragon fire singed his scales. He returned the favor. And blew fire onto the lion head, burning it's mane. The lion-head roared, it's eyes blazing with hate.

Drakon and the chimera circled each other, seizing each other, waiting for the attack. Lips pulled back into a snarl, talons unleashed. The two immortal enemies launched into each other biting and hissing.

Pain swept through Drakon. He couldn't break free of the chimera.

A jagged mountain cliff caught Drakon's attention. Drawing on his strength, Drakon flapped his wings, hoping to impale the chimera onto sharp rocks. If only he could make it…

The spider squirted strands of sticky web, and it whipped around the nearest man, dragging him toward its jaws. He was part of the Fiery Damsel. This thing didn’t care who it captured. All of them were in danger.

It sank its fangs into the screaming man, and drops of crimson spewed into the air. The man struggled, but soon grew limp.

Men yelled and dispersed into the jungle.

Zuto lifted the sword and bowed at the spider. “I’ll leave you to your feast.”

He headed into the jungle as the spider took a step toward Kane and Ronan.

“Retreat, you bastards!” Palmer, not waiting to see if his men obeyed, rushed into the jungle, leaving them to their fate. Chaos broke out on the battlefield as men scrambled away from the spider.

“Ronan, Capitaine,” Mariah cried and held out her wand, hoping she had the time to stop the spider before it killed one of them.

A shriek captured her attention.

He swooped down at the creature and exhaled fire, hitting one of its eyes. The spider recoiled, hissing. It rushed toward William, who dove through the trees. The monster spat out more of its deadly web and sliced off the tops of palm trees, leaving stumps. The beast pursued William into the jungle.

Choose three of the following and tell us what your creature would do with them, make out of them, use them for or what reaction they would have to them: an apple, an gemstone, a silver chain, a fish, a rat, a deer, a toad, a piece of pizza heavily dosed with garlic, a flower, treasure belonging to someone else, fire, a spider, a worm, a ball of string, a microphone and speakers, a wooden club, a mirror, a book, a cemetery, a boat, a moonlight bonfire, a sunny afternoon, a walk through the forest on an overcast day, a wooden stick, a Popsicle, a broom, a tree, a lost person, a baby, a body of water, a cross, a cage, wolfs bane, a rock, a rubber band, a chicken, a rabbit, a cave, rope, or a piece of candy. Drakon would sleep in the cave. With spiders, especially the giant ones in A Pirate’s Revenge, he’d burn them alive. He hates spiders. Drakon is always hungry and he’d eat the deer. He likes meat—lots of it.

Which type of monster do you think would make the best love interest for your monster and why? The worst? Drakon’s best love interest is a witch. She is the one who teaches William how to wield his dragon spirit. The worst would be a demon, bent on turning them evil.

What scares you? Spiders.
What is your monster most afraid of? What makes it happy? Drakon fears  Maketabori. What makes Drakon happy is flying. He loves to feel the wind rush over him.

What type of candy would you be apt to grab? Give out for Halloween? No doubt peanut butter M&M’s. They are my guilty temptation. I can’t resist them.There’s something about mixing peanut butter and chocolate. Oh, I will give them to the trick/treaters. Or maybe I’ll hand out something else…but keep the M&M’s .Ha, ha you sound like me! :-)

What is your monster’s favorite meal? Meat. If he isn’t full, he can’t control his power. He becomes dangerous. William has to eat enough for ten men before he changes into a dragon. Or else, as a dragon, he might gobble down the crew of the Soaring Phoenix.

What is a least known trait about them? I discovered that dragons can change their shape, become small or large. I thought this was interesting. I almost had William change his size when he and Mariah are trapped in Coaybay, but I had him use his camouflage ability. He was able to have both he and Mariah blend into the background and throw off Maketabori’s beasts.

What is your favorite type of monster to write about? Read about? I love dragons, but I’m obsessed with vampires. Vampires are sexy and deadly. I can’t resist writing about vampires or reading a good book. I like the vampire stories that are different and do not follow the traditional you’re bit and turn into one. Sherrilyn Kenyon’s Dark Hunters or Christine Feehan’s Carpathians always intrigued me.


Thank you for representing the fire breathers! :D