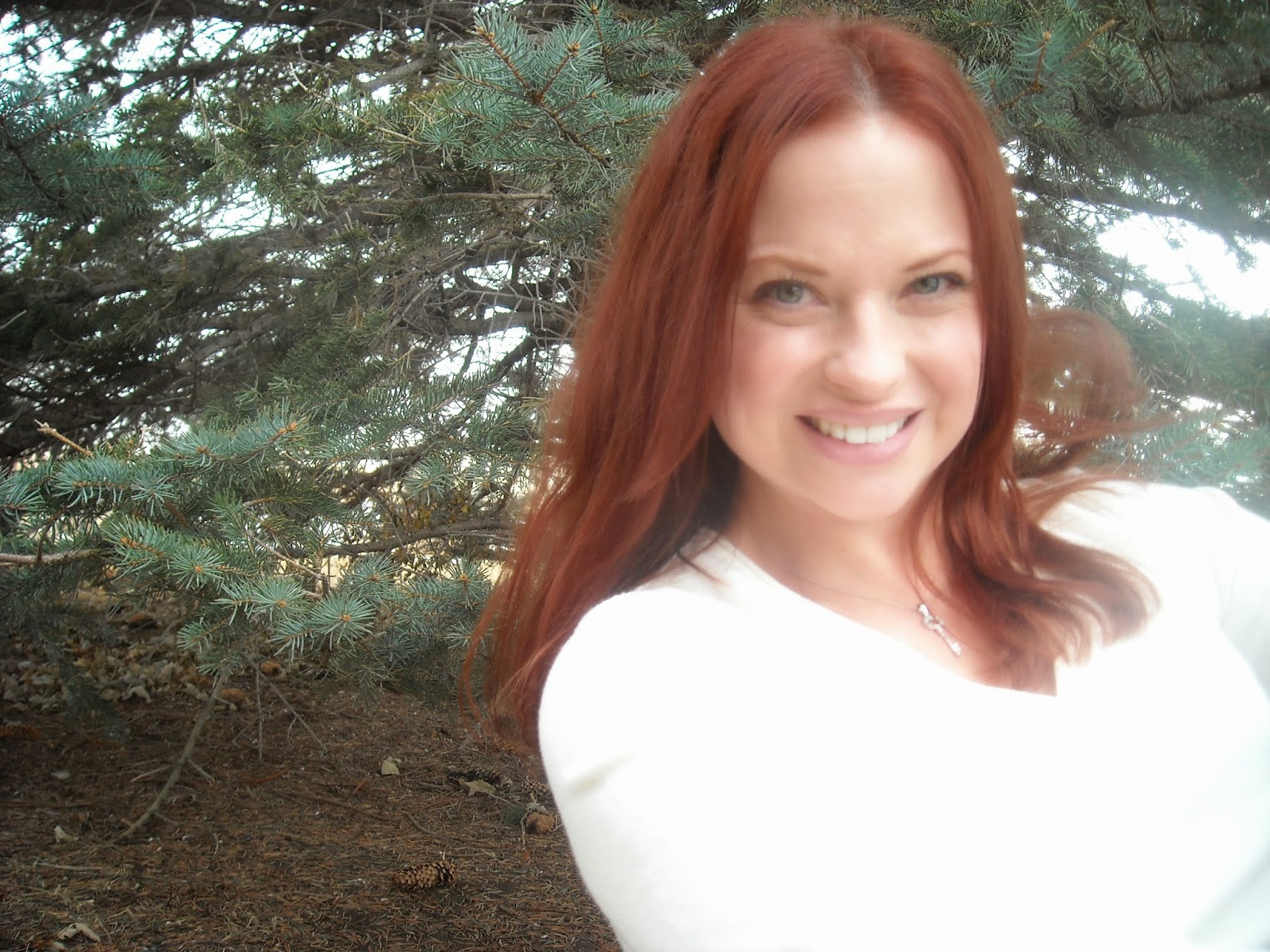 She lives in Montana with her family and far too many animals but never enough books.

Thank you for guest posting for me today and for sponsoring the giveaway! :-) You are too kind.


Time travel . . . we’ve been telling stories about it for a long, long time. As soon as we began to film movies and television shows, we’ve been interested in wanting to know more about the past and the future. The longest running science-fiction TV show is Doctor Who, which is also based upon time travel. And it’s understood why time travel is so fascinating. When glimpsing into our shared human past, who among us hasn’t wondered what it would be like back then? When contemplating the future, we all wonder what will be in store for us. Even in our minds, meditation experts encourage us to think of only the present moment. Why? Because our minds run amuck with thoughts of what we just did or what we’re supposed to be doing. We can’t help but think of the past and future and often have a hard time paying attention to what’s
right in front of us.

You know what? I think it’s perfectly okay to think about our future and our past. And I’m not just saying that because I’m an historian. Nor am I saying that because I’m a writer of time travel. I think in order to make better decisions now, we often need to look back, think of what we did and either replicate it, if we were successful, or try to avoid the same problem. Also, when I need to make a really big decision, I often wonder what the me ten years from now would do. So, looking ahead and behind can be greatly beneficial on a personal level.

But on a grander level . . . have you ever thought about going back in time? Did you know in 1901 two academics were at the Palace of Versailles when they thought they saw Queen Marie Antoinette and her attendants? The two academics did not think they saw ghosts. They wondered if they had slipped back in time. They knew intimate details about the former queen that only someone who had been there would know. Okay. Okay. You probably noticed that the women were academics? Yes, they were well-researched historians. So they probably knew well the details of the former queen, and wrote about it in a way that would attract more attention to their recently published book. But have you seen the Charlie Chaplin movie, The Circus, made in 1928? You should check it out for the woman who walks by a zebra, appearing to be talking on a cell phone. It’s not the best of footage, and maybe she’s not really holding a cell phone. However, you should definitely watch a documentary about factory workers from Massachusetts in 1938. Again, a woman walks through the crowd, holding, what looks like, a cell phone. (I’ll leave the link below.) This one freaked me out, because she really is holding something to her ear that looks like a modern-day cell phone.

Or maybe you want to see the future? In 1935 a British wing commander flew around a cow field turned airstrip over Drem, Scotland. Upon first inspection, it was vacant and obviously still needing construction. A rainstorm hampered the commander’s plans to return home, but upon flying over Drem again, he saw that the airstrip was sunny, finished, and had airplanes the likes he’d never seen before. Four years later, the Royal Air Force began making planes exactly like what that commander had seen.

Spooked yet? I know I was when I’d discovered an odd article documenting cell phones in the past—way past, as in there was no such thing at that time. In my Glimpse Time-Travel Series, I have muses and special cell phones helping the mortals shuttled through time. And I couldn’t help but wonder, especially as I saw a 1938 woman appear to hold a cell phone, what if the muses I’m writing about aren’t so . . . imaginary?

(Here’s the link for more about time travel happening all around us http://io9.com/all-the-evidence-that-time-travel-is-happening-all-arou-1446262029 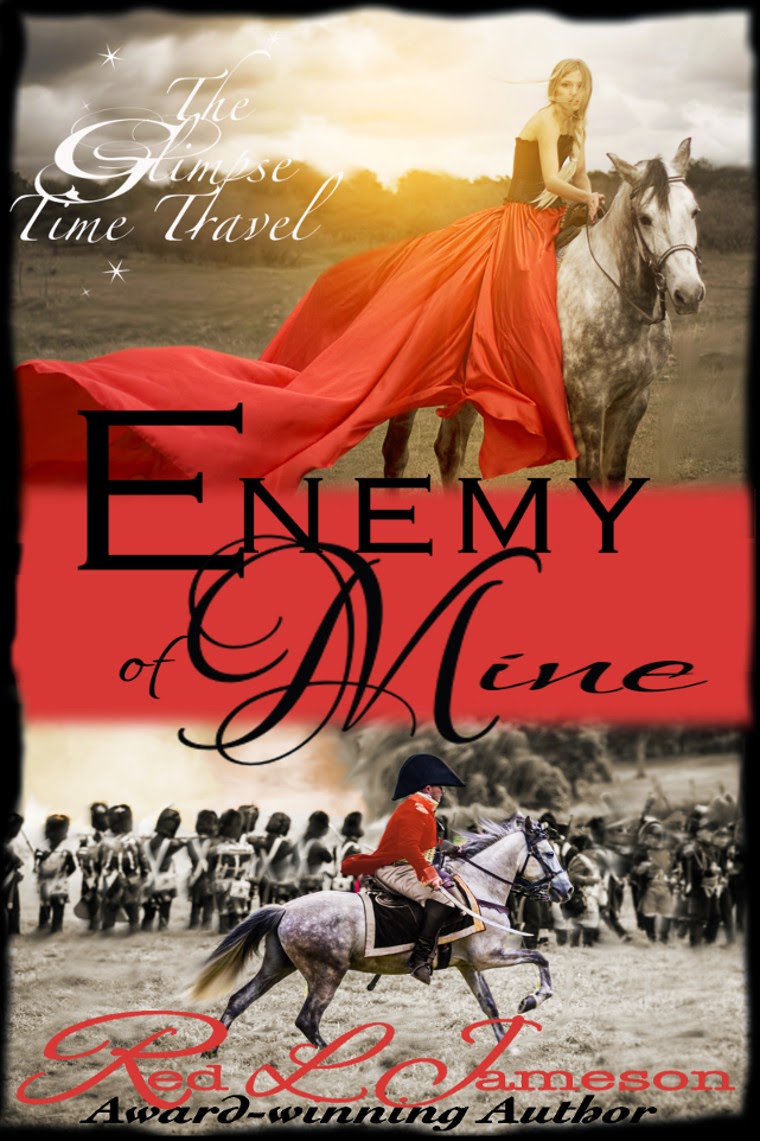 Kidnapping mortals to different eras is such fun. Trickster muse sisters, Clio and Erato, call it a glimpse, but military historian Minerva Ferguson, Erva, is fairly certain she’s gone nuts when she wakes two hundred miles from her apartment. And two hundred years in the past to Brooklyn, 1776. In an unfamiliar manse, during the American Revolutionary War, she’s not too sure how to regain her sanity. Especially when she realizes whose mansion she’s just woken in, the one British general she studied more than anything else, Lord William Hill.

When Will hears Erva’s screams of panic, he breaks down a door to save her, even if he can’t quite remember why she’s visiting. She calms, though, the instant she sees him, as if they’ve known each other for eons. From the second he sees her dressed in a toga made from a bed sheet to later when she’s with his troops, wooing them with her musket skills, he realizes he’s smitten. But he’s a weary soldier, shrouded in grief, while she reminds him of a sun goddess. Is she too good for him? Lord, how he wants her to want him.

How could Erva not fall for a guy who accidentally quotes a Cheap Trick song? But now she has to get to the bottom of if Will is really a rake, how to stop one of the most important battles of the war, and lastly how to stop her insane crush on the general. After all, he’s going to die in less than a week.

The muses have to work fast for this glimpse. But that’s when they work best. And as explosions erupt through New York, sometimes it’s not from the artillery.

“Why are you—” She stopped herself again. This time she bit her lush bottom lip and looked away.


“Why am I what?” He should have let her question falter, but he had to know for himself if she were a spy or not. The more questions she asked, the more she would reveal herself.


The anomalous thought flittered through his mind though that he wasn’t too sure if he cared if she were a spy.


She glanced back up at him, her eyes wide and timid. “Why are you here?”


That, he hadn’t expected. A spy would wonder about his men, his drills, his arms, anything else that mattered to the war. Not a philosophical question about why he was here. But even the reason why he was here could be used against him, if court martialed. He hadn’t realized that thus far. Then again, he’d thought he wouldn’t have survived this long in the war. In his mind, he would have no reason to be court martialed. He wouldn’t be alive for it.


She licked her lips and slightly shook her head. “I mean, you didn’t vote for any of the acts the Americans protested. The newspapers said that you didn’t support any kind of action against the Americans. You don’t support this war, yet here you are. Why?”


“Why not?” He tried to deflect the conversation.


She narrowed her eyes, no longer looking sheepish but challenging, ruthless, and so lovely. He liked her best like this, shooting faster than most of his men, speaking of sedition to his superiors, the Howe brothers. Lord, how he liked it when her eyes caught fire and turned back into dark red-brown honey. His veins pumped his too hot blood through his body.


“On the contrary, there is no other place I’d rather be.”


She blinked, then caught his meaning that standing so close to her was exactly where he’d love to be. Arching a blonde brow, she said, “You know what I mean, obtuse man.”


He silently chuckled at his new name.


He felt his own mirth leave his face. “You might be right.”


“Then why are you here? Why do you fight? Especially so efficiently?”


She growled, making Will grin again. “Quit evading the questions with your own.”


She smacked one of his shoulders, then he caught her small hand in his.


“Is this fun for you too?” he asked, carefully gauging her reaction as he twined his fingers through hers.


She didn’t look at their hands. Instead, her gaze was focused on his chest. He especially enjoyed that, as if she found him desirable. Lord, he hoped so, that he wasn’t making a fool of himself.


She never answered, but looked up at him, her long lashes batting. He took hold of her candle and set it on a nearby table. In so doing he’d gotten that much closer to her, and just as he was thinking of holding her other hand, she reached up, probably on her toes, and kissed him.


This time he reacted immediately. His lips melded with hers. She tasted strongly of mint, and he licked the seam of her lips to enjoy. She opened for him, and he dove his tongue into her mouth. God, she was sweet. Her arms wrapped around his neck, and he pulled her closer by holding onto her not-corseted waist. Next her tongue was inside his mouth, and he couldn’t help but pull her even closer, her stomach against his, her breasts crushed against his chest.
Will felt Erva fiddle with the ribbon at the nape of his neck, and his hair was released from its hold. Instantly, her hands raked through his mane. It gave him silent permission to finally take hold of her tresses with one of his hands. Pure silk ran through his fingers. He loved her long hair, so wild and free this moment. Like the color of corn silk, Erva’s locks were close to white with a light dandelion sheen. He fisted what he held, which tilted her head back, all the better to deepen the kiss. She moaned into his mouth. All his blood rushed south. That little noise was his undoing.


Don't forget to enter the Comment Incentive Giveaway. It is a great chance to win a book you'd like to have! The link can be found at the top of the page.
Posted by Brenda Demko at 9:33 AM