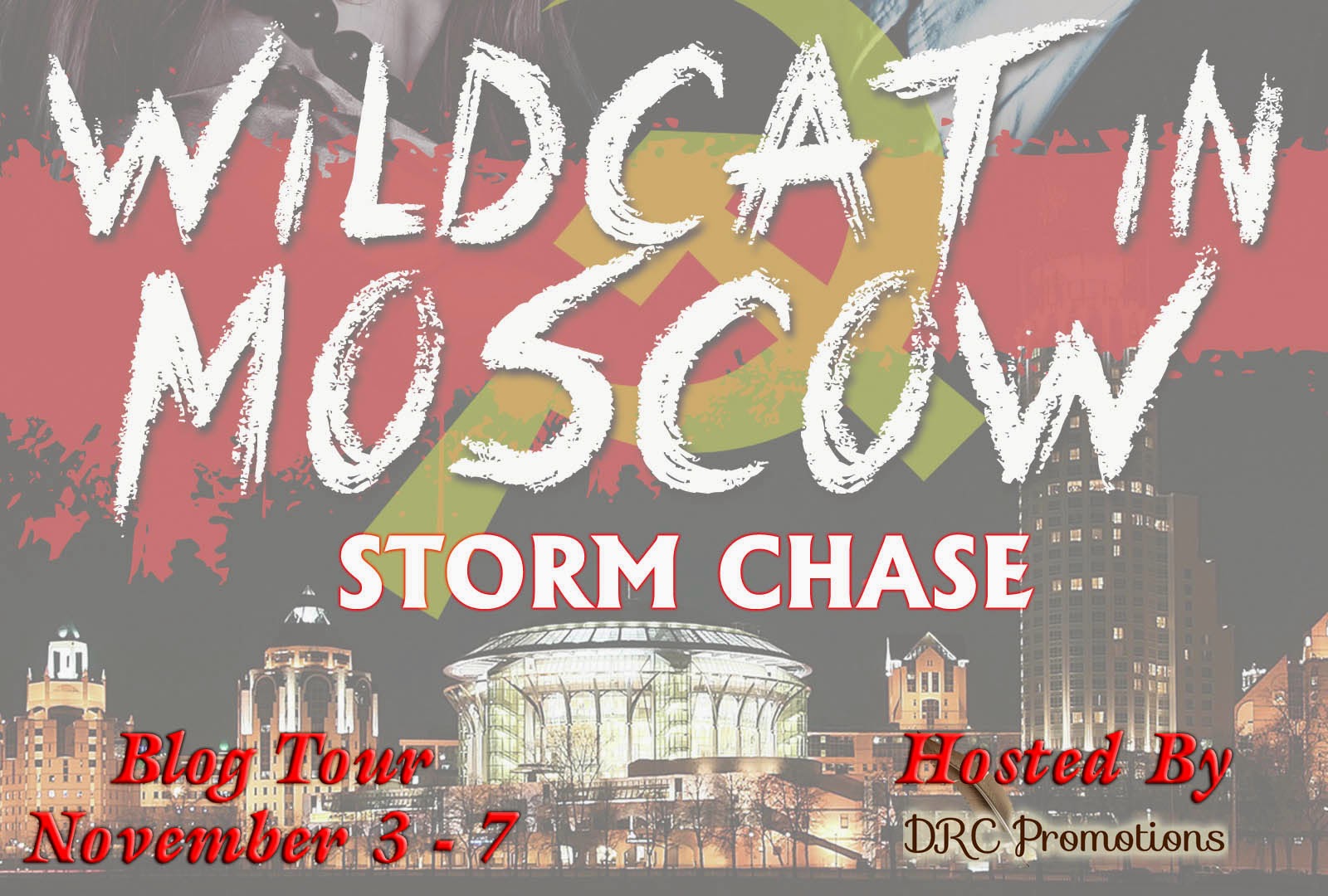 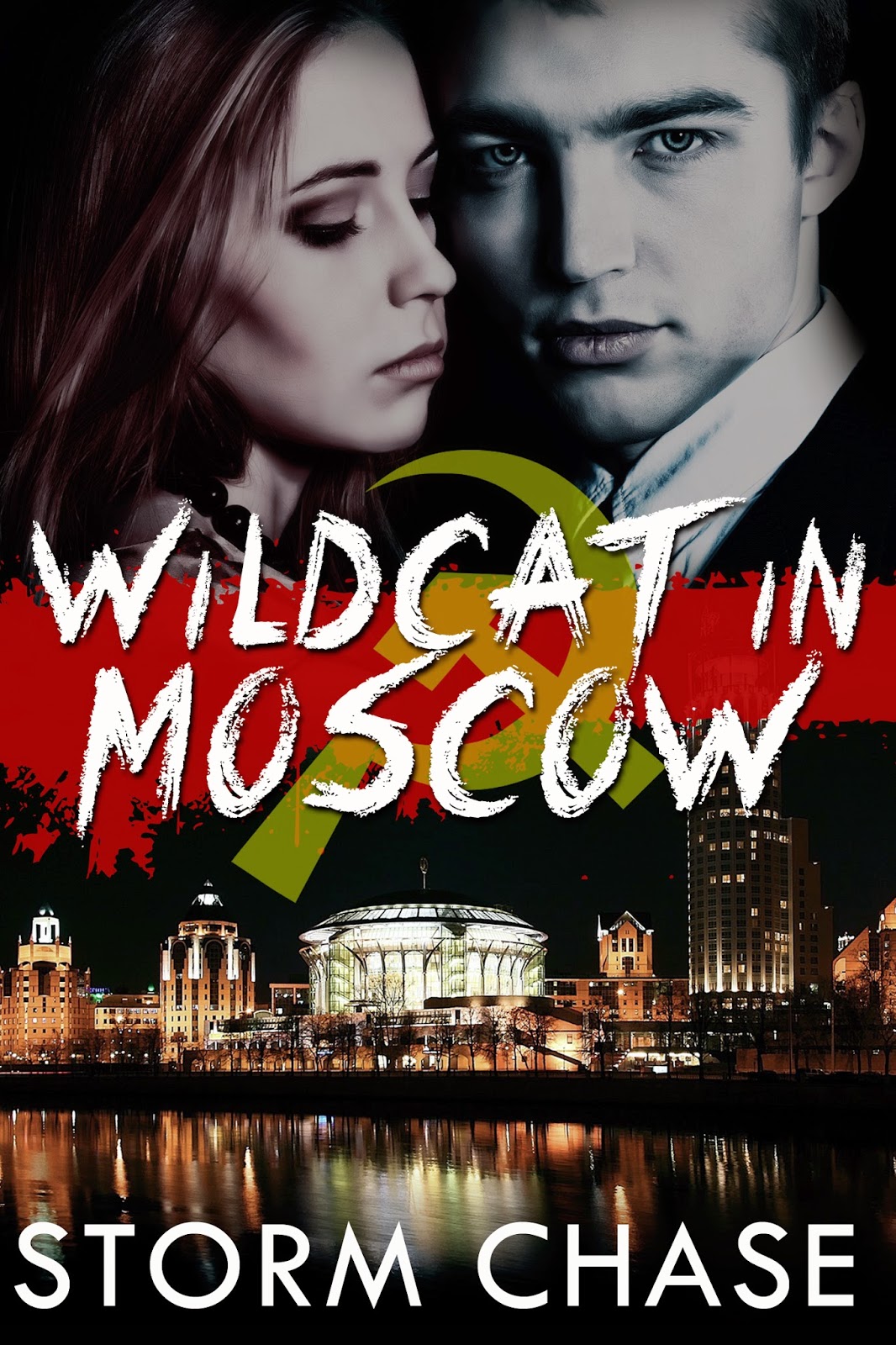 Not only is Chelsea broke, but the police think she has colluded in a financial swindle. Worse, loan shark Carlos Santiago is after her too, determined to make her pay up for her stepfather’s debts.  Then Vladimir Voyeykov, rumoured to be a member of the Red Mafia, enters the mix. He whisks Chelsea to Moscow where she is catapulted into a world filled with intrigue - and passion

The bouncer at the door wasn’t too pleased at the sight of Chelsea’s parka or her Save The Rainforest t-shirt, but when she smiled sweetly and mentioned George’s name, he reconsidered and let her in.
The club was loud, crowded with groups of half-drunk rowdy men and very, very pink. The walls, tables and even the bar stools were a uniform creamy rose that exactly matched the skin tones of half a dozen scantily clad girls dancing on a stage. From a distance it looked as though six sets of tiny bikinis were gyrating to the beat of the music.
“Surreal,” Chelsea said out loud. Still laughing, she turned and bumped up against someone.
“Surreal?” a voice repeated with amusement. “That’s not an expression I’ve heard used here before.”
“Sorry,” Chelsea said automatically. “I didn’t see you.” She looked up and stepped back instinctively.
His short cropped blond hair and lean aquiline features were classic but the hard grey eyes and deadpan expression screamed danger.
I shouldn’t have come here, Chelsea thought.
As if sensing her thoughts, he smiled slightly. “No problem.” He looked her over critically. He spoke fluently but with a rough inflection that was definitely foreign. “You don’t belong here,” he said bluntly. “Why are you here?”
“I’ve come to look for someone,” Chelsea stammered.
“Who?”
Chelsea wanted to tell him to mind his own business but realised that he might be able to help her. “I’m looking for friends of George McAllister.”
He frowned down at her. “But not for McAllister himself,” he noted.
“Do you know him?” Chelsea asked. “He comes in here pretty often, two or three times a week I think.”
He said nothing and Chelsea could read nothing from his expression.
“If you know him, maybe you can help me,” Chelsea pleaded. “It won’t take long and I have money.” He frowned at her. “I mean, I can buy you a drink,” Chelsea faltered.
The hard grey eyes looked her over again, resting on her hair, her t-shirt and her jeans. Despite the thick parka, Chelsea suddenly felt naked. Resisting the impulse to run away, she stood her ground determinedly.
“I’ve met him,” he finally conceded.
“Then can we talk?”
“He’s bad news. Not the sort of person you should be hanging out with.”
“You don’t understand. I’m in real trouble. Please, I just need a few minutes of your time.”
“Vlad, are you coming?” A tall blonde in a sequined black cocktail dress appeared at his side. She looked at Chelsea and seeing the thick parka dismissed her instantly. “I’m thirsty,” the blonde said while taking his arm possessively.
Vlad, Chelsea thought. Short for Vladimir. Russian. And by the look of his dark blue silk shirt and slim gold watch, a rich one too. One of those business moguls, she thought to herself, vaguely remembering stories in the newspapers of Russian oil and telecommunication billionaires.
Vladimir shrugged the girl off. “Go sit. I’ll be there in a moment,” he said.
“But the others have just arrived,” the blonde pouted. “They’ll be expecting you to join them.”
“So they’ll wait a bit,” Vladimir said coldly. “Go on. I want to talk to this girl here.” With a malevolent glance at Chelsea the girl flounced off.
“Thanks,” Chelsea said gratefully. “I really appreciate your helping me.”
“I haven’t said I will yet,” he answered. 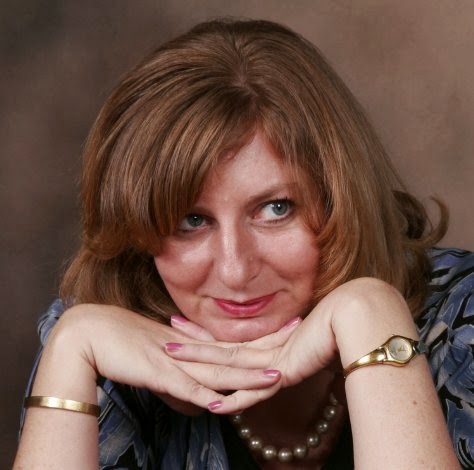 Delicious novels with fully depicted love scenes that straddle the categories of Romance and Erotica with the occasional Crime committed on the side.

Storm Chase was born September 2012. Her alter ego is Ellen Whyte, a syndicated author who has published roughly 3000 articles and 10 print books. The alter ego is the steady type; Storm is the tearaway who's dedicated to making it work with e-publishing. Since November 2013 Storm also acquired alter ego, AJ Adams who writes cartel and mob stories.

Connect With The Author:

Adopt a Canadian Wildcat Rafflecopter!
The Canadian lynx is endangered thanks to shrinking habitat from climate change, logging, and habitat fragmentation by roads. Enter this Rafflecopter and win a symbolic adoption worth $30 from the National Wildlife Federation. You'll get a small plush Lynx, a poster and a certificate and the rest of the money goes towards protecting the lynx.


This book had lots of potential. It delivered on some of it. I was waiting for more steam and was a tad disappointed that there wasn't more in that area.


That being said, there was an exciting plot with some suspense and action.


The characters were pretty relatable. Chelsea, our heroine had a backbone and a decent outlook on things. Vlad is charismatic and bad ass. I liked and disliked him in the opposite order.


This is the first time that I have read anything that this author has written. I will probably read some more of her books while I wait for more about these characters?


I received an ecopy of this book in exchange for my honest opinion. I liked Wildcat In Moscow and I would definitely read more from this author.

Don't forget to enter the Comment Incentive Giveaway. It is a great chance to win a book you'd like to have! The link can be found at the top of the page.
Posted by Brenda Demko at 5:00 AM