Review ~ Scent of Valor by Annie Nicholas with a giveaway Courage blooms in the meekest of hearts.


After spending twenty years trapped in her civil body, Kele can finally shift into feral form. By tooth and claw, she’s determined to climb the Payami pack hierarchy.


Her parents plan to mate her with a hunter from a rival pack, but her heart’s already been stolen by the most unsuitable wolf possible—Peder, an omega male. She’d gladly give him her body except he’s disappeared from her life. Maybe into the thieving arms of another female.


Peder has spent every moment of their forced separation training to be a hunter. When he hears of her arranged marriage, he fears he’s waited too long to trespass back onto Payami lands to fight for her hand—but he damned well isn’t giving up.


On his journey to confront Kele, Peder is attacked and wakes in a cage, helpless as a band of vampires attack Kele’s mating party. Separated by social standing, thrown together by tragedy, they must work together to survive. And find out if their attraction is merely puppy love, or a bond that’s stronger than time.


Warning: This book contains an omega male who’s done submitting and a hunter female who isn’t used to needing anyone to come to her rescue. Violence ensues, not for the faint of heart. 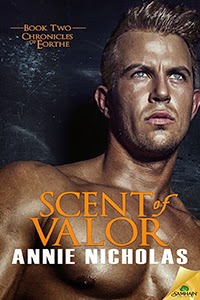 The pack paraded toward the den’s living area. There were calls for wine and someone struck up a beat on the drums. Not a single person made eye contact or offered her a word of encouragement. They wouldn’t. It was rude to comfort the loser.


Loser. That stung more than she’d thought it could.


She faced the ring and discovered her parents had stayed behind—the alpha female and male of the Payami. She flinched. Their disappointment seared her to the soul. Was it really that shameful to hesitate before slaughtering a packmate? Tegrathe had been one of the few shifters who would play with her when they’d been pups. Was she supposed to ignore the fact that the female would leave behind a loving mate and their children?


The ache within her chest grew until it hurt to breathe. Kele pointed a bloody claw at her mother. “You set me up to fail. Why?” Her voice didn’t shake for once when faced with her alpha’s displeasure.


Her mother, Chaska, crossed the ring, her midnight hair a tangled storm around her head. She tossed Kele’s clothes at her feet. “Shift and get dressed. You should attend to Tegrathe’s injured leg, healer.” To add insult, Chaska turned her back on Kele, as if she wasn’t a threat, and she left.


“I don’t recall advising you to challenge Tegrathe.” Inali, her father, waited as she shifted to civil form and dressed. She was still learning not to blush when forced to be nude in front of others. Unlike other shifter children, she hadn’t learned her trigger emotion to shift to feral form until a few months ago. Others had grown up shifting and dressing in front of each other. She hadn’t.


“I don’t recall you advising me on anything,” she shouted. “Only mother seems interested in me, now that I can fight the challenges she can only dream about. How am I supposed to learn about becoming alpha if you won’t help teach me?”


“One doesn’t learn to become alpha, Kele. It’s not like healing. I have no books for you to read or lessons to give.”


Part of Kele’s feral side still had hold on her, and she snarled at him like an animal.


He approached her. Each step hinted at the commanding beast under his skin. Her father sent shock waves of alpha attitude without trying. It oozed from his pores like magic. “You’re lucky no one was around to witness that. I would have had to put you to the ground for being so aggressive.” He smoothed some of her pale hair from her face. “What did you learn today?”


She inhaled. He smelled of stone and dust and power. It soothed her frayed nerves. “That I’m a fool.”


Staring at the ring, she pictured Tegrathe on the ground, crawling toward her, gravely injured. She glanced down at the cuts across her shins—cuts that Tegrathe had given her even though the hunter hadn’t been able to stand. Tegrathe wouldn’t give in. She would have died first. “I didn’t want to kill her.”


Blood rushed from her head and weakened her knees. “She would have killed me before accepting a loss.” She clutched her father’s hand. “Is that the difference? I should be ready to kill before ever losing? Is that what makes her better than me?”


He stroked her hair, the same pale shade of yellow as his. “Yes.”


Kele jerked from his touch. “She would have sacrificed her life and left behind a family just to be more dominant than me.”


His laugh was sharp. “You sound surprised. This challenge would have cost her the pack’s respect. If you truly want to lead shifters, Kele, you have to be willing to kill for them at any cost. The pack doesn’t value weakness.”


“And mercy is a weakness?” She wanted to pull out her hair.

Annie Nicholas writes paranormal romance with a twist. She has courted vampires, hunted with shifters, and slain a dragon’s ego all with the might of her pen. Riding the wind of her imagination, she travels beyond the restraints of reality and shares them with anyone wanting to read her stories. Mother, daughter, and wife are some of the other hats she wears while hiking through the hills and dales of her adopted state of Vermont.

I liked the first book in this series just a little more. This one was pretty good though. :-)

Scent of Valor had many different things happen that both entertained me and left me distracted. For me less is more. If too many things are going on, or if there isn't romance in a book, I tend to get distracted easily.

This book had the same great characters from book one with some new characters that I liked too!

There was lots of action, shifters, vampires, steam, bad guys, some surprises, steam and some romance too.

I like this series and will continue to read books about these characters as long as she writes them.

I received an ecopy in exchange for my honest opinion. I honestly thought it was pretty good. She has a way of writing that is unique to her and her books showcase that. :-) 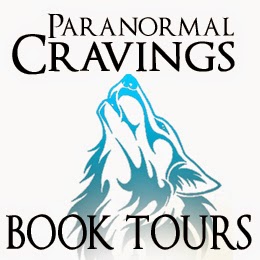 Don't forget to enter the Comment Incentive Giveaway. It is a great chance to win a book you'd like to have! The link can be found at the top of the page.
Posted by Brenda Demko at 4:00 AM