Review ~ Looks Like Trouble to Me by Calinda B 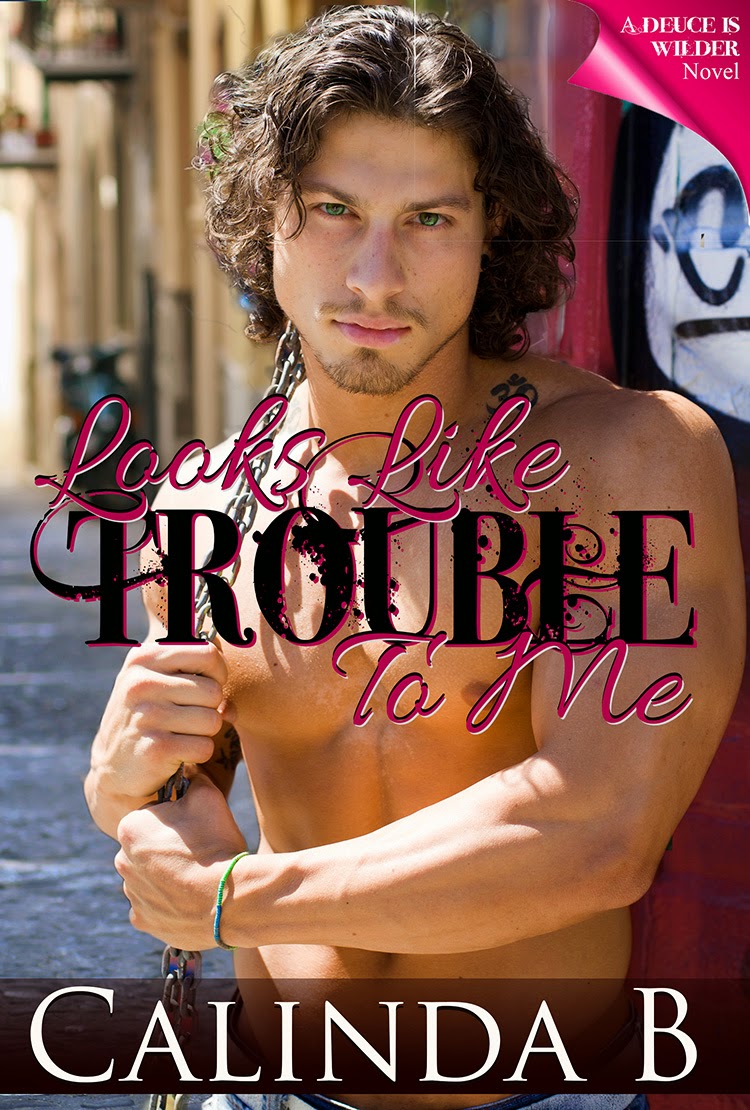 This is an Adult post and not appropriate for immature eyes. If you are under the age of eighteen, please visit another day and exit this post. If you are an adult, enjoy!

"Last name's Savage -- it means wild and uncontrolled," Jace, a party boy, yacht builder and skilled photographer with a quicksilver temper, tells the pretty waitress at Chica Rios. He's desperate to get laid, but there's something in the way of his driving, overactive libido and the girl standing before him - trouble...big trouble, and a whole lot of it, from the trustifarian prick who works by his side, to his messed up twin sister, to the secret hiding at his house.


He sets out to woo Zoé Dubois, keeping her away from his trouble at home, encouraging her to let go of her inhibitions and live "Savage style," riding with him on the back of his motorcycle, exploring the great outdoors in a variety of oh, so delectable and naughty ways.


He ends up with way more than he bargained for. He uses his sexual experience to teach Zoé how to surrender, and his strong will and single minded focus to get his way with her. But it turns out she's the kind of woman who demands the truth...and that's just not the way he rolls. She leverages his love for her to get him to let her into his troubled world and tender heart - something he's stubbornly determined to protect. Their passionate, erotic, romantic connection keeps them bound together while the trouble he brings threatens to tear them apart at every turn.


Mature content for an audience of 18+. The first in a two part series.

“Sorry you had to wait so long,” Zoé said with a shrug. She set the stout in front of Jace.


“Didn’t mind a bit,” he said. “I enjoyed watching you work. You’re efficient, fast, and friendly.” He held up his dark brew to her.

She lifted hers, clinked his, and sipped her ale.

“And sexy as hell,” he said, gazing over the top of his glass at her, his eyes dark.

She felt another flush creep up her neck and cheeks. “What are we toasting?”

“First encounters. The thrill of discovery. I love to explore new things.”

Another rush of pleasure flooded her insides. “I’ll drink to that.” She took another swallow. “You seem to have an effect on me,” she said courageously. Stop it. You’ll get yourself in trouble.

“Maybe,” she stated simply, fiddling with her fingernails, all good sense suddenly hijacked from her head.

“What?” She practically spit out her beer. Wild jungle drums and dancing heathens now accompanied the ache between her legs. “You’re bold,” she replied, feeling ripped apart.

“Guess that’s on a need to know basis,” she said, feigning a coolness she did not feel.

“I need to know. Because I’ve been sitting here with a hard-on for you for two hours.”

Her entire body surged with heat. “Jesus, who gave you the keys to the bulldozer?”

He chuckled and licked his lips. “Maybe it was you.”

“I don’t think so.” She pressed the cool glass against her cheeks. “It’s hot in here.”

He drained his glass, setting it on the table with satisfaction. “Finish up and let’s head outside where it’s cooler.”

“I don’t think that’s going to help,” she whispered. 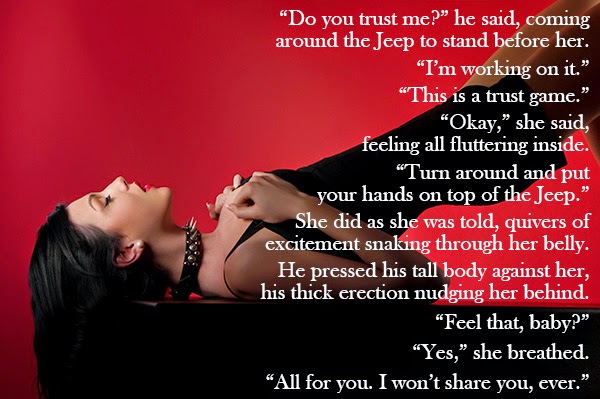 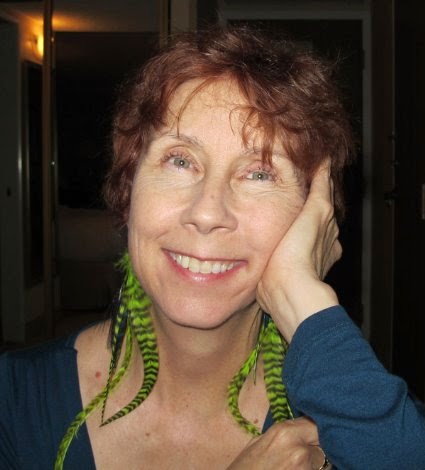 The Fun Part: Calinda B was told early on that she should be a writer. She heard frequent praise for her writing, as well as her sense of humor. Scoffing at such admonitions and praise, she went on to pursue her life of adventure, chock full of the things that make up a well-rounded adventurous life: music (yup, she was a singer in a rock and roll band), dance (even performed hip hop in Russia), rock climbing (ever hung from a rock wall a few stories up? Yikes!), fire walking (taught high-ranking Moscow fire officials how to walk the coals), kayaking, scuba diving (she's in love with sharks), travel, and falling in love again and again.
Living in the beautiful Pacific Northwest with the love of her life and her two cats, she has now chosen to put fingers to keyboard and write - when she's not in pursuit of another adventure!

The Daily Grind: College educated and life-experienced, Calinda B has worked in the world of computers and technology for a long time. Before that she worked in the world of health and fitness, as well as art. Throughout her career she has relied on her writing abilities to write articles, ad copy and web content.

It was no trouble for me to read this book. ;-) This one is for adults only!

I enjoyed Jace though I abhorred Billy, Kate, Simone, Jasmine and Jayna too, for that matter.

I liked the heroine, Zoe, but a few times she seemed selfish and self centered.

Jace was a stand up guy dealing with a problem that his sister left him to handle. He was also a wild man. He loved nature and living in the moment.Unfortunately, trouble seemed to like him. Numerous times, he was in trouble. Some of it was his fault for not communicating, and some of it was brought on by others.

I Loved the dirty, sexy talk that he plied Zoe with. Hot, Hot, HOT!!!!

I will warn you that at the end of the book, there is a MAJOR set up for the next book. I wouldn't call it a cliffhanger, but there are other small things that were not completely resolved like a court case.

I received an ecopy of this book in exchange for my honest opinion. I WILL be reading the next book! I really liked it. It was exciting and sexy. I thought it was pretty darn good. :D

In this book, there was lots of dirty talk, sexy scenes, swear words, some romance, some drama, some angst, some drugs (mostly the bad guys), devious plotting, backstabbing bad people, likable main characters, and a little one.