GGMMMU ~ representing Angels with an Interview is author Paula Westin

Paula Weston lives in Brisbane, Australia, with her husband and their retired greyhound. She reads widely. Shadows, book one of the four-book Rephaim series, was her first novel. Haze is the second in the series.
Visit her website at paula-weston.com for more information. (Twitter: @PaulaWeston)

She was kind enough to represent angels for me and to sponsor three print copies of her book which I put in the main giveaway. :-) Thank you very much Paula!


How do you envision your angels? Do you picture them as the ones depicted in the Bible?  Are yours sexy? Describe them for us so that we can picture them please. It would be fair to say my fallen angels are inspired by traditional Judeo-Christian ideas about angels, in that they are warriors. However, the majority of my characters are wingless half-angel/half-humans (the Rephaim), so while they have supernatural traits, they mostly look and act human. And yes, some of them are a little sexy…

The Rephaim are being hunted by several breeds of demons who are far less sexy (and whose appearance is not based on biblical demons).

There are Gatekeeper demons, who are tall, human-like men with long white hair and irises that appear to be on fire. These guys are often seen in trench coats, regardless of the climate. Then there are hellions, which are much more animalistic hell-beasts with leathery skin, yellow eyes, sharp teeth and claws. They either lumber or walk upright and are about the size of a line backer. The third type of demon in the series (who first appear in the second book, Haze) are the Immundi: short demons who move a little like monkeys, have bobble-heads, black eyes, black nails and sharp teeth – and who have a tendency to dress in suits.

Where did your inspiration for your angels/half-angels come from? The idea to write about angels and half-angels came when I was working out world building around the characters who were my starting point for the Rephaim series.

The first book, Shadows, started as a scene in my head that I couldn’t stop thinking about. It involved a girl and guy who were attracted to each other, but who had a complicated history that only he remembered. I knew there were supernatural elements in how she’d lost her memory and that the two of them were part of a wider conflict and had ended up on different sides.

When I started researching world-building options to figure out their story, I came across the Book of Enoch. It’s a (real) two-thousand-year-old text that talks about angels being kicked out of heaven for getting a little too friendly with human women (a story not considered as doctrine by mainstream churches). I started thinking about what would happen if those angels got free again and fathered children. And then what the consequences would be for those half-angels, and how that could relate to my two characters. From there, the world of the Rephaim was born and Gaby and Rafa’s story came together.

At the start of the series Gaby has no idea she’s not human, so it wouldn’t have made sense for her to have wings (that probably would’ve tipped her off), so I decided the Rephaim would be wingless. That then helped create a strong point of difference between the Rephaim and Nathaniel, the fallen angel who raised them and built them into a society of warriors. (Even though Nathaniel is fallen, he still has his wings. He’s paid for his ‘fall’ in other ways.)

What do you envision their greatest characteristic, ability or power to be? Their worst? The Rephaim have inherited two very important traits from their fallen fathers: they are immortal (unless they lose their heads) and they can travel in the blink of an eye to anywhere in the world (with practice). They’re also excellent fighters,  but that has as much to do with their decades of constant training as it does with their physical traits.

Their worst characteristic? For some of them, it’s their human traits: impatience, quick temper and the habit of solving problems with violence. But, of course, their humanity is also one of their best traits too.

Would you consider your “monster” to be good or bad? What is their greatest enemy? Do they have any allies? The Rephaim are divided into two camps: those loyal to Nathaniel, and the Outcasts – a group of Rephaim who question Nathaniel’s authority (and the destiny he claims they must fulfill). One of the big questions of the series is which group is ‘right’. Both sides have their ‘good’ and ‘bad’ elements, which is what makes it so tricky for Gaby to decide who she should trust, given she can’t remember either side. But, compared to the three types of demons mentioned earlier, they definitely fall in the ‘good’ category. Their greatest enemies are the Gatekeeper demons, who are the strongest and fastest of the demons hunting them.

The only allies the Rephaim have are each other: when push comes to shove – given a common enemy – they can overcome their differences and fight side by side.

Why do you think angels are most often portrayed as male? That’s probably the Judeo-Christian influence again – intentionally or otherwise – where angels in traditional texts are always male.

Choose three of the following and tell us what your creature would do with them, make out of them, use them for or what reaction they would have to them: I’ll use Rafa (a member of the Rephaim) for this exercise:
·         A piece of pizza heavily dosed with garlic: eat it (and the rest of the pizza) and wash it down with a six-pack of beer.
·         A wooden club: use it to pummel a demon in a fight, but only if his katana’s not handy.
·         A baby: give it a wide berth. Rafa has next to no experience with children and I imagine a baby would scare the crap out of him.

What is your monster most afraid of? What makes it happy? Rafa’s not afraid of much, particularly when it comes to physical threats. He’s more afraid of Gaby finding out what really happened between them in past – and what she’ll do to him when she does.

Gaby, on the other hand, has plenty of fears: that she’s making the wrong choices; that she won’t be able to protect the people she cares about; and that she did something terrible in the past before she lost her memories.

What is the most bizarre name for an angel or demon that you can think of? In the Rephaim series, I’ve named a demon Leon. It still cracks me up. (It’s short for Leonard, which my online research assures me is indeed a demon name.)

What do you think is the most misconstrued idea about angels? I don’t think they’re necessarily sweet or kind or romantic, and I’m talking angels and fallen angels here, not the Rephaim (who are only half angel). I think of angels as relentless warriors who have been fighting wars and demons for millennia. That’s not to say they don’t have a sense of justice or mercy, only that they are first and foremost creatures of violence.

What is your favorite type of monster to write about? Read about? I still enjoy a good vampire story (as a reader) and I really loved the take on zombies in M.R. Carey’s The Girl with All The Gifts. 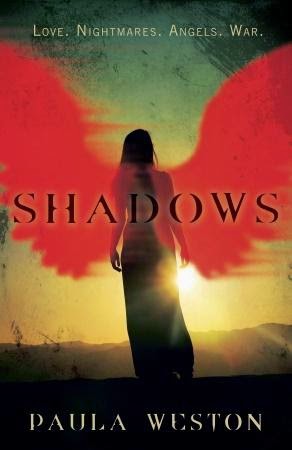 It's almost a year since Gaby Winters watched her twin brother die. In the sunshine of a new town her body has healed, but her grief is raw and constant. It doesn't help that every night in her dreams she fights and kills hell-beasts. And then Rafa comes to town. Not only does he look exactly like the guy who's been appearing in Gaby's dreams, he tells her things about her brother and her life that cannot be true, things that are dangerous. Who is Rafa? Who are the Rephaim? And who is Gaby? The truth lies in the shadows of her nightmares. 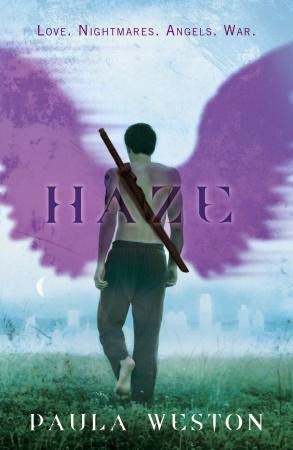 Blurb for Haze
Gaby Winters' life used to be pretty normal. She lived with her best friend. She worked in a library. She was slowly getting over the death of her twin brother, Jude. And then Rafa came looking for her.


With him, her blood-soaked nightmares stopped. But now they are reality. She is one of the Rephaim - a wingless half angel, descended from the Fallen. Demons exist and they are hunting her.


She knows she's alive when she's meant to be dead. And that means maybe Jude is too. So why isn't she out there looking for him?

Purchase it
Posted by Brenda Demko at 12:30 AM