GGMMMU ~ Representing Soul Crafters with an interview is Diana Harrison 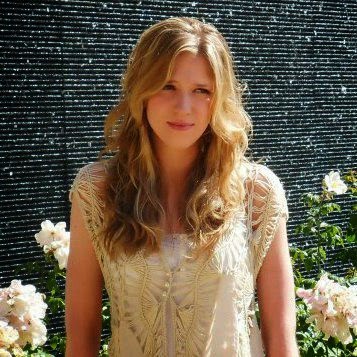 Diana Harrison is a proud Canadian, currently studying English literature at the University of Calgary. With a passion for books, magic, and teens, as well as being a chronic daydreamer, it is only logical that she is a young-adult fantasy writer as well.

Can you describe your being's ability for us? What name would you give to people with this specific ability? The characters in my book are what I call “crafters.” They all have the ability to summon souls of the dead of their own kind (other crafters). The souls themselves are magical, and give crafters physical abilities, which vary depending on the individual – this includes elemental magic, flying, teleporting, and a lot more.

What makes them different from soul reapers, harvesters or necromancers?
The best way I can explain it is essentially that crafters do not bring back the dead, or move the souls or alter them in any way. You borrow them, and because they are everywhere (they are invisible and all around you unless called upon) they are for everyone. It’s like mythical penny jar.

What do you envision their greatest characteristic, ability or power to be? Their worst? There is one type of crafter called a strapper, which is someone who is given a superhuman body – they have superior strength, amazing speed, heal quickly etc., and it definitely seems to be the most helpful, especially when they’re trying to escape the bad guys. The worst I would say is the driver, who can make a person do anything they want with a verbal command, which can easily be abused, as you can imagine.

Would you consider your “monster” to be good or bad? What is their greatest enemy? Do they have any allies? Crafters are still human, so I would say they are primarily good, but like humans, there are bad ones, which make their greatest enemies themselves. Because they are their own race, no, they don’t have allies.

Name any two creatures that you would love to see go toe to toe in a battle? You will be judged for creativity. ;-) Feel free to describe the battle.
Oh, wow, that’s hard! On paper I’d love to see a showdown between something like a dragon and a chimera because you can imagine how graphic and epic that’d be. Still, I’d be curious to see something more along the lines of a ghost and a phoenix just to simply discover which one would actually die. Really, how do you kill a ghost or a phoenix? LOL! that is very true!

Choose three of the following and tell us what your creature would do with them, make out of them, use them for or what reaction they would have to them: an apple, an gemstone, a silver chain, a fish, a rat, a deer, a toad, a piece of pizza heavily dosed with garlic, a flower, treasure belonging to someone else, fire, a spider, a worm, a ball of string, a microphone and speakers, a wooden club, a mirror, a book, a cemetery, a boat, a moonlight bonfire, a sunny afternoon, a walk through the forest on an overcast day, a wooden stick, a Popsicle, a broom, a tree, a lost person, a baby, a body of water, a cross, a cage, wolfs bane, a rock, a rubber band, a chicken, a rabbit, a cave, rope, or a piece of candy. I’ll use Emmy, my main character, for this one:


A silver chain: Tuck it in her pocket and use it as a whip for later, when someone will inevitably try to kidnap her.


A cemetery: Be really freaked out, because why would there be a cemetery in a land where there are no dead bodies?


A spider: Name it Winston.

Which type of monster do you think would make the best love interest for your monster and why? The worst? Anything besides other crafters (and regular humans) would pretty much be considered bestiality. The worst? Believe it or not, I’d probably be more okay with them dating manticores – which at least are cool and scary – than something humanoid and lame like leprechauns.

What scares you? Spiders. Clowns. Babies, a little.

What is your monster most afraid of? What makes it happy? Crafters live in a society where regular humans are considered fragile and need to be protected – as a whole, they would be scared of interacting with or hurting the normals. What makes them happy is the same as what makes us happy – family, friends, love etc.

What type of candy would you be apt to grab? Give out for Halloween? I love those raspberry gummies. I would try to give out a medley, but it’d probably mostly be chocolate.

What is your monster’s favorite meal? They’re like people, so they’re all different! That being said, any character of mine is going to love coffee and chocolate, which is probably subconsciously why I make them hang out a café all the time.

What do you think is the most mis-construed idea about them? That they aren’t any more or less dangerous than normals. Their whole culture is very self-deprecating, which has all been a ploy to separate them from society.

What is a least known trait about them? That they totally, totally exist.

What is your favorite type of monster to write about? Read about? I love making up my own monsters! It gives me ultimate freedom and creativity, and I don’t have to worry about bastardizing a mythology, which I would inevitably do.


I also like to read original or unusual mythologies, but my favourite go-to monsters seem to deal with witches, angels & demons, or dragons.

Thank you Diana, for taking part. :D Also, thank you for donating a giveaway prize! Thank you for including me!

The crafters that she represented can be found in: 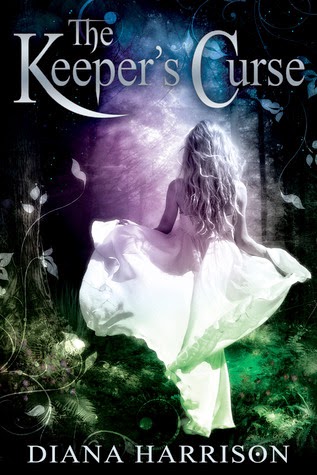 After fifteen-year-old Emmy Rathers unintentionally summons a strange glowing cloud during a break-in, her mother rips her from her home, her father, and her world, forever.

When she lands in the rustic, militant land of Methelwood, she is told she's a crafter - a person who can perform magic by conjuring souls of the dead. But starting life over normally in the midst of grieving for the life she has left behind, while at the same time attempting to fit in in her new war-obsessed school, becomes impossible when she begins to hear a voice in her head. Complicating the matter further is the fact that the voice belongs to a boy at school named Breckin, who just also happens to be the most powerful crafter in the world, and the future ruler of Methelwood.

But that's not the worst part - suddenly Breckin's most hostile adversary is coming out of the shadows and trying to kill her. With no other choice, Emmy must travel deeper into this bizarre, dark world she is so unfamiliar with to find out why this is happening to her, and more importantly, how to stay alive