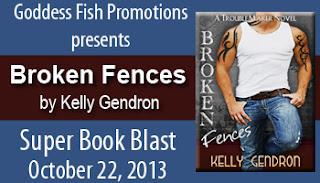 It took Dusty Owens two years to land Colden “Saint” James, even if it was for only one night, but the very next day, he was gone. Now, years later, the “Saint” has returned, but he’s no longer the do-gooder rookie cop Dusty remembers.

Dusty Owens always had a way of making every single one of Colden’s man parts go all hard. He’d been so close to falling for the girl before he’d left Odessa. Now, due to a troublemaking photo, Colden must return to his hometown to keep her safe. Trouble is, he’s a different man—not to mention the change. Well, it’s gonna cause all kinds of problems where Dusty Owens and all of his man parts are concerned. 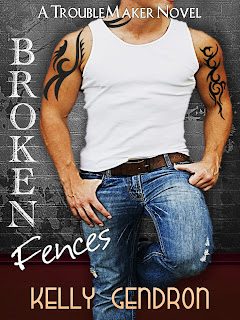 His large hand hit the edge of the bed, and he pushed himself into a standing position. With his chest rising and falling beneath his shirt, his eyes remained fixed on her. She lay naked on the bed, but it was Colden’s vulnerability that stood, unprotected, in the room.

Dusty eased herself to the edge of the bed with Colden silently watching. She got up on her feet.

The compliment infused her confidence, and she took a step toward him.

“But you’d better not come any closer.”

“Because, ever since you pranced that sweet little ass of yours into Odessa, I’ve wanted you, and the one night I took you up against old man McAllister’s fence…well, hell, that couldn’t even lick a fraction of what I need from you.”

“What you need from me?” She inched nearer, loving the sound of those words.

“Oh yeah.” He gazed down, touching her with his eyes. “There’s not one part of you that I don’t want…or need.”

She reached out and gathered the bottom of his shirt in her hands. “Good, because there’s not a part of me that I don’t want to give to you.” She pulled his shirt up over his head, then tossed it on the floor to join her pile of clothes.

Colden watched her shaky fingers as they fumbled with the button of his jeans. “I can’t make you any promises,” he quietly admitted.

Pulling down his zipper, her hand stilled. She looked up at his strict, beautiful face. “I’m not asking for any. I just want tonight.”

He grabbed her and pulled her against his warm, hard body, cradling her neck in his hand, a powerful taking that stole her breath away. He placed a finger on the underside of her chin and tilted her head until their eyes met. “Don’t misunderstand my meaning,” he said, his mouth cascading over hers. “I want more than just tonight, Dusty. I’m just not in any position to make any commitments right now.” This time, his lips didn’t brush hers. Instead, they covered her with heated need—aggressive, desirous, savoring need.

“Tonight, though,” his fingers tightened on her neck, “tonight you will be all mine,” he growled.

Kelly resides in a quiet suburb somewhere between Buffalo and Niagara Falls, NY. Her day job? Kelly works in health care representing a group of nursing facilities in the WNY area. She’s been faithfully writing for three years but did write her first book ten years ago. She put it down to raise her son as a single mom and then picked it back up when she and her son finally grew up. That's when she settled into her newly married adult life and started to seriously write again. She's dabbled with Romantic Suspense stories, but recently she's been on an Adult Contemporary Romance kick.

Kelly will be awarding a $25 Amazon/B&N GC to a randomly drawn commenter during the tour.

The more you comment, the more chances you have to win!

You can find the complete tour schedule by clicking on the banner at the top of the post.

Broken Fences is the first book in a new series from author Kelly Gendron. I will be reading more!!!!

It was awesome!!!!!! It had a vibe about it that I get from some of my favorite romance authors.

I didn't really like Colden in some scenes but by the end I warmed up to him big time. lol! ;-) He is soooo alpha male!

Like I said, I had a few minor disappointments with Colden but for the most part I liked the characters especially Dusty. I couldn't help but be upset with Colden on her behalf. lol!

I REALLY liked the premise and the execution went off with out a hitch. It kept me rapt with attention.

There was lots and lots of steamy, sexy scenes, romance, and action.

If you like S.E.P. books but with more sexiness, you want to read this.;-)

I received an ecopy of this book in exchange for my honest opinion. I thought it was terrific and I'm looking forward to reading the next book in the series. :-)

Thank you for commenting! Don't forget to enter the Comment Incentive Giveaway. The link can be found at the top of the page!
Posted by Brenda Demko at 1:30 AM