Spotlight on Communion by B. Patterson with an interview and a Giveaway 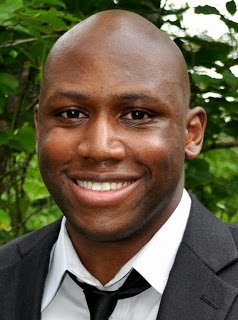 I’m a 25 year old writer. I’m a graduate of North Carolina State University where I majored in Psychology and minored in Japanese. I currently live in Maryland.

I wrote a lot as a kid. I began a new story (or 3 or 4) every school year, but rarely finished them. I finally finished one when I was 16. It was about ninjas. It was really bad.

Communion, my first completed novel worth publishing, will be released October 1st. I have that and many other works coming down the pipeline. I plan to be writing for many years to come.


My values as a writer include:

I was able to interview B.Patterson. :D The following is what he shared with me:


Out of all the books you've written, if you could live in one of them which would it be and why?
It would have to be a fantasy story I wrote in high school.  I can’t remember the title and it was really bad but everyone had the power to shoot energy beams like in Dragonball Z.

In what scenario do you do your best work?
Quiet mornings, when I’m home alone.

What are you working on and when can we expect it to be out?
A shorter story called Sparkle, which will be available in April. “Yes, they’re vampires.  Yes, they sparkle.  Yes, they’re b*d*ss.” lol! Sounds great!

Which books have been on your tbr shelf the longest?
That I actually plan to read:  The NightLife New York by Travis Luedke, Last Sacrifice (Vampire Academy) by Richelle Mead (Spirit Bound was a bit of a letdown), and Tyburn by Kevin Grote.

Paper or plastic?
Plastic (but I always keep some paper on hand)

What food can't you live without?
For the next few months, protein shakes.  But, when I go back to my regular diet, frozen yogurt.

Inside or outside?
Inside

Ice cream in a cone or dish?
Dish

What is your favorite or least favorite veggie and fruit?
Least favorites:  Celery and Grapefruit… I so agree! Yuck!!!

What is your favorite animal?
It varies.  Today it’s a Turtle.  But check with me again next week. :D Feel free to stop back and update us!

What is your biggest pet peeve?
One word or one letter text messages, like “K”

Thank you for taking the time to answer my questions.

"Lester Fuller knows isolation well.  It has been his only friend since Jadarius Singleton humiliated him last year.  But one night after Jadarius's taunts go too far, Lester stumbles upon Gwynn's body.  He's sure she's dead.  Until she bites him.

Vampires are extinct.  There are only the dhampir.

Now something more than human, Lester struggles to determine where he fits in this new society.  Just what secrets about the dhampir are his friends keeping from him?  And what will he do when a notorious figure from dhampir history sets her eyes on him?" 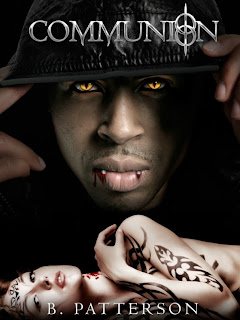 Excerpt from Chapter 1 (The Anti-Bullying Assembly):

“Everyone, please give a warm welcome to Dr. Camellia Rosario.”

pants suit walked from the double doors. Mr. Johnston must have made a mistake when he called her a

doctor. She couldn’t possibly be out of her early twenties.

Dr. Rosario reintroduced herself and went through her credentials, but I was lost in her other

details like her full lips, and athletic yet curvy body. Her shoulder-length wavy, nearly frizzy hair

bounced as she paraded around the gym. Her amber eyes winnowed the crowd. She demonstrated

presence like the power executive types, which made me think of my dad and which likely meant her

display was just an attempt to smother the evidence of a depreciating life.

“You may not believe this by my success now, but I used to be bullied, too.”

Gwynn shot me a smile.

Dr. Rosario went on talking and I went on not listening. Until I heard the word “volunteer.”

Her eyes fell right on me. I’m sure my physical features screamed victim: tall with lanky arms,

horn-rimmed glasses, and an unkempt afro. But it would cost a lot more than her outfit to get me to

open up to my peers.

Dr. Rosario spun around in a circle, still searching.

A hand shot up in the air over where the juniors sat. “I’ll go.”

“Excellent. Come on down.”

The volunteer’s short dreadlocks bobbed as he stepped down the bleachers. The grin plastered

“Thank you,” Dr. Rosario said when he reached her. “Everyone clap your hands for—”

She held out the microphone to him.

Applause and knowing laughter went off around me. I sat there still, the only motion coming from the corners of my mouth sinking further.

No, of course Jay hadn’t been bullied. Six foot four with the bulky physique that turned away

He suppressed his usual crocodile smile. “Let me reiterate that bullying is no joke. It is cruel and insensitive and—oh, before I continue, shout out to the wrestling team. Good win last Saturday, boys.”

The crowd loosened up with a few more laughs, mixed with shouts and cheers.

A guy a few rows above me cupped his hands around his lips and shouted: “I see you, Jay!”

“I see you, Nicholas,” Jadarius said, pointing to him. “Be careful of that man. He’s a bully on the mat.”

He cleared his throat. “But my favorite—or rather, most tragic—example of bullying comes from last spring. At the end of P.E. class one day, I returned to the locker room to dress into my normal clothes. But my clothes, and a bunch of other freshman’s, had been put into the toilet.”

Jay was full of crap. He’d been a sophomore last year and he wasn’t the victim of the story he

told. I raised my hand to get the attention of a teacher. The closest, a group of three, stood together

talking. I tried making eye contact with Ms. Lane, the only teacher I trusted, but she was on the other

side of the gym.

“Swirling around in those yellow, pissy waters was the new leather jacket I’d got for Christmas.

It was the last thing my mom bought me before she left me and my dad.”

I jumped up. As I stepped between students to get to the bottom, Mr. Taiffer caught sight of me

“And the worst part was I knew who did it. I stepped to him, expecting the other freshman to

join me. Especially since my best friends had the class with me.”

“Stop him,” I said to Mr. Taiffer, my voice somewhere between a shout and a whisper. “He’s

“What do you mean? I heard about something like that happening last year.”

“Yeah, stupid, it happened to me.”

Jay continued, “He gave me the biggest beat down in the history of Concord Hills High. It was so

bad, my friends watched in amazement.”

Mr. Taiffer didn’t take too well to being insulted. And my own anger only grew when I heard the

Dr. Rasario reached for the microphone, but Jay dodged her.

the one and only, Lester Fuller.”


Here is a link to enter the giveaway.

I want to read this one :D 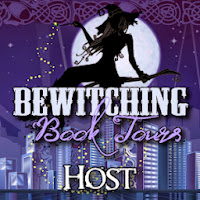