Right There With You by RJ Sable ~ Review and Giveaway

Jamie-Lea Carter has been living under the thumb of her older brothers for eighteen years. Having finally moved out to start her new life as a university student she tries to faithfully follow the strictly ordered life they’ve lain out for her. These rules haven’t been an issue for her before because she knows she owes them everything. More than any sibling can ever owe.

She dutifully follows these rules until she meets Jason Reed and the biggest one becomes a problem. No boyfriends. Torn between her loyalty to her brothers and the sizzling attraction to the intriguing ladies’ man, Jamie-Lea finds herself on dangerous standings with her overbearing and somewhat aggressive brothers.

Jason Reed isn’t intimidated by the Carters. He knows what he wants the moment he sees it and nothing is going to come between him and the girl he never expected to fall for.

With the odds stacked against them, where will this forbidden romance take them?

RJ was born in the UK and lived there until she was 21 and newly graduated with a degree in Linguistics and Phonetics. The relocation to Sweden was an easy choice having visited for the first time when she was 17 and fallen in love with the culture.

In her free time, RJ can be found with an impossibly large cup of tea and her nose in a book or fingers wrapped around a crochet hook and a tangled ball of yarn.

‘Right There with You’ was RJ’s first book and a real adventure to write. Jamie-Lea was the name of RJ’s imaginary friend as a child, mainly because Dairylea cream cheese was considered a major food group to mini-RJ. If they sold it in Sweden, her fridge would be full of it.

Book: Right There With You

Purchase it from: AMAZON

Right There With You drew me in almost immediately. There were some parts in which I had a hard time liking the characters and other parts where I loved the characters.

Jamie was raised by her brothers and they are obnoxiously over bearing. They are dominant and at times I feel they were abusive. It is no wonder that she believes the things they do are acceptable, she doesn't know any better. I feel bad for Jamie having lived the life she did feeling like she was a burden.

Some of the parts with her brothers made me cry, other parts with them made me very, very angry. Part of me wanted to put the book down and walk away without finishing it because I was so upset with what they were doing. I couldn't do that though. I HAD to know how it would end. It was worth the wait (mostly). :-)

I still hope that they loosen up a little more and I'd like to see them address her feeling that she was a problem. Over all though, I was happy with the way this one ended.

I LOVED Jason. He was wonderful (mostly).

I Hated Duff. I hope he gets hit by a speeding bus and doesn't make it. Really people, he was awful!

If you like Beautiful Disaster, you would probably like this one too. This is a sweet romance with some not so sweet parts too, including an attack.

I didn't agree with the way Jamie's brothers treated her but I did like this book. It was a completely different mind frame and that made it wonderfully unique. I am eager to read the next two books in the series.

I received an eARC  in exchange for my honest opinion. I found it to be an emotional overload at times, but it was compelling. I liked it and I will be reading the next book. 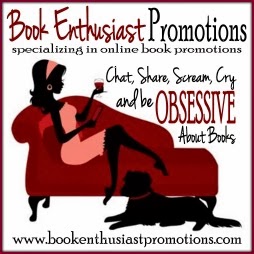