Breaking the Rules by L.K. Lewis ~ Review and Giveaway 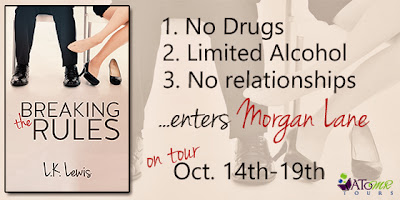 Drake Baylor Jr. is being groomed to take over as CEO of Baylor Industries upon his father’s retirement. Although he was raised in an affluent household, his formative years were rough, leading to a string of bad decisions, and hard lived years. In order to take over as CEO, his father has given him a set of rules to live by for an indefinite period of time: No drugs, limited alcohol consumption, and absolutely no relationships whatsoever with women-his greatest weakness. If Drake can abstain from those three things, work hard, and gain his father’s trust, he can have the keys to the Kingdome.

Drake meets Morgan on her first day at Baylor Industries, and the phrase “love at first sight” doesn’t even come close to describing what is felt between them. Their instant attraction is a magnetic pull that is stronger than either one of them can handle. Now Drake and Morgan are faced with figuring out how to fight for their future together, hoping not to get caught “Breaking the Rules”. 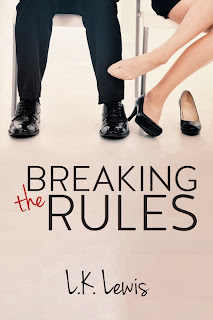 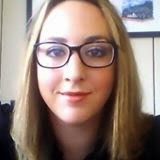 When LK isn’t working, writing, or chasing her son around, she enjoys boat days, playing in the sunshine, and giggling with her husband. You may also find her on twitter most days, especially live tweeting swhen The Bachelor/Bachelorette or The Walking Dead is on. Check her out, you may enjoy her colorful commentary!

I liked this cover as soon as I seen it. :-) This is an adults only read! There were oodles and oodles of steamy scenes. ;-)

I had mixed feelings about Breaking the Rules. There were some parts that grated on my nerves. It seemed very repetitious in a few spots and that was unnecessary and annoying.

That said, the plot was pretty original. The hero, Drake, was in a class of his own as far as book boyfriends go and that is no small feat. :-)

There was well meaning parents, some emotional whiplash, a secret relationship (shhhhhh), lots of steam, and romance,

I received an ecopy of this book in exchange for my honest opinion. Overall, I enjoyed this book a lot, the repetitious parts aside. :-)