Loup-Garou For You by Katalina Leon ~ review and giveaway

Bayou Country, 1834. Aubert Marston awakens on the eve of his twenty-seventh birthday to discover he’s undergone some disturbing physical changes. His body is bigger, stronger and hairier than it’s ever been, and burns with the lust of a beast. To make matters worse, a hundred guests are about to arrive for the plantation’s annual ball.

A mysterious young woman named Corrine appears in his home, tempting Aubert to unleash the inner lycan, and family secrets from a medieval past surface. Corrine lures Aubert to a bayou camp of Cajun Loup-Garous—werewolves. Aubert’s wealth and good looks are no advantage here. He must surrender to his feral nature and fight tooth and claw against another male pack member to claim Corrine as his own. 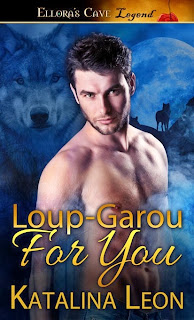 I’m an artist, an author, mother and wife. I write for Ellora’s Cave, Loose Id Publishing and a couple new publishers to be announced soon. I try to bring a touch of the mystical and a big sense of adventure to everything I write because I believe there’s a bold, kick-ass heroine inside all of us who wants to take a wild ride with a strong worthy hero.

Being that this is a historical PNR, it is not my usual fare. However, like the title and cover suggest, this book is about werewolves! :-) You know how much I LOVE werewolves. I need to caution that this book is ONLY appropriate for ADULTS. Also there is some F/F and M/M action.

The main character is Aubert. He has been experiencing some rather bizarre happenings where his emotions, control, and body are concerned. There is an explanation but he does not know that.

He starts to smell a strange woman who is in his house and he has an overwhelming urge to pounce on her.

Even though he wants her more than his next breath, she alludes him at first. lol!

She finally comes to see him and seduces him a little. ;-) 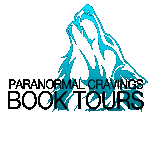