Guest post by Taylor M. Lunsford, author of the LOVE IN UNKNOWN SERIES, giveaway too 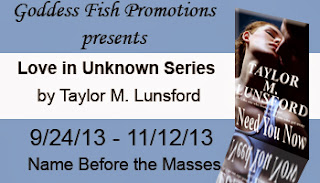 Taylor Lunsford is guest posting for me today! Thank you Taylor. :D

When writing, which comes first the character or the scenario?

The characters usually come first. They’ll start having snippets of conversations in my head at random intervals. For the Love in Unknown series, I got the idea for the first scene I wrote from watching Doctor Who. The first ten minutes of the episode “The Runaway Bride” is what inspired the opening sequence for what would become the second book in the series, Ready to Love Again, although at the time I thought it was the only book (silly me).

All of my books are very character driven, but I think the one where the characters were the most vocal about their story was book three in the series, Just A Kiss. I knew that Gage and Tessa were a couple pretty early on in the writing process, but I eventually decided they would be the last book in the set. What I didn’t realize was how much this would annoy them. I had to get the other two books done first, but any time a country song (usually Lady Antebellum or the Band Perry) would pop up on the radio, the two of them would start playing out scenes in my head. It drove me bonkers, because I wanted to get to write their book right then!

By the time I got to the point where I could write their stories (they got two for their patience), it just flew by. I wrote JAK for my National Novel Writing Month project last year. Timing worked out to where I had vacation to burn, so I wrote 85,000 words in five weeks. I was brain dead, but the characters finally shut up and go their Happily Ever After.

Knowing who the people are goes a long way to being able to craft their story. When you think of books, you don’t necessarily think of their stories, but you definitely think of the characters. Lizzy and Mr. Darcy; Jane Eyre and Mr. Rochester; David Copperfield; Benedict and Beatrice—the most iconic stories through the ages are most well known for the people they’re about.

Even now, we talk about books in terms of their characters (Are you Team Peeta or Team Gale? Harry or Ron?). I think this goes double for romance novels. You can have a fantastic plot, but, if your characters are TSTL (Too Stupid To Live), I will mentally throw your book against the wall (I read on Kindle so I can’t physically do it anymore).

The books that everyone returns to are the books with dynamic, interesting characters. Why do you think series like Game of Thrones and Outlander are so successful? The characters draw you in with their different facets and keep you caught in their web until the story’s done. 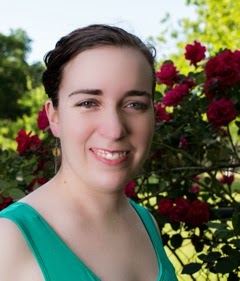 Taylor is a hopeless romantic who spends her days working for a great company and her nights/weekends doing the job of her heart. A devout follower of the Jane Austen school of thought, she’ll put her characters through a little trouble, but they’ll eventually have their happily ever after. She’s still searching for her prince charming, but she knows he’s out there, so she’ll content herself with fictional ones for now. 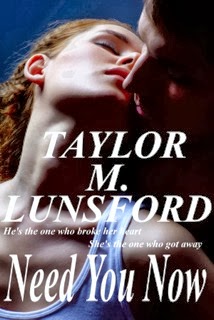 My first three novels will be released through Naked Reader Press in 2013, along with a short story, as part of the Love In Unknown series. I’m excited to introduce readers to the small (fictional) town in Texas called Unknown. Located in the Texas Hill Country, Unknown was founded by the Maddox Family in the 1800s.

My Love In Unknown series starts off with the story of sexy mayor Caine Maddox and the new town doctor – and Caine’s college sweetheart- Melody Carr. Sparks fly between these two as Caine fights to convince Mel he’s no longer the selfish playboy he was in college while Mel struggles to convince the people of her hometown that she’s there to stay.

Next up, we meet Mel's yummy brother Micah, the town baker and newcomer Cady Saunders, a runaway bride who steals Micah's heart.

Finally, we get to know Caine's brother Gage, the big bad police chief of Unknown who finds himself falling for fashion designer Tessa Styles and the cute little baggage she brings along with her.


Here's an excerpt from READY TO LOVE AGAIN book two:

Each step Cady Saunders took stole a large chunk of er feet, but won her back a little bit of her self-respect. Bridal shoes were made for dancing, not walking along the sidewalk of a small town. At least she managed to get out of that awful dress Jeremy’s mother bullied her into buying. Jeremy. God, she didn’t even want to begin to think about her fiancé —ex-fiancé— right now. She’d driven three hours from Dallas to get away from him and his family. And hers, to be honest.

She didn’t know where she meant to go when she left the church, but Unknown, Texas was as good a place as any. She’d pointed the car south and kept going until she couldn’t stand to be in the car— a car her fiancé insisted she buy because it “sent the right message”— anymore. She was done with the rules and the veiled comments telling her how she “should” act given the position she was “lucky” to have. She had to escape from the unsettling turn her life had taken and the sleepy little town appealed to her. It looked so…Mayberry/Stars Hollow-ish. Every red brick storefront on the square stood neatly at attention, cheerful little signs beckoning patrons in. Most of the doors stood open in deference to the May sunshine and customers trickled in and out.

She made it to the opposite corner of the square from the baker she’d started at before the screaming of her feet became too much. Why hadn’t she thought to pack a change of shoes? As she crossed the street, she spotted a bookstore. Unlike most of the shops, the door was shut, but the lights were on and she could see an older man sitting at the counter. Unable to go on, Cady pushed open the door. Near the front of the store her eyes settled on what looked like heaven to her. An overstuffed, flowery armchair. It was a little stained and well-worn, but at that moment she didn’t care. She just wanted to get off her feet. She collapsed into the chair, sighing in relief.

“You gonna buy something?”

Taylor will be awarding a $25.00 Amazon Gift Card to a randomly drawn commenter during the tour. The more posts you comment on, the better your chances of winning are. :-) You can find the complete tour schedule here.

My kind of book! Great characters, great town, lots of charm and charisma. Plenty of sass and steam too. ;-) I am eager to read more from Taylor.

I'd recommend this book to those of you who like romance.

I received an ecopy of this book in exchange for my opinion. It was great! :-)