Me, You, and Us Series by Deanndra Hall 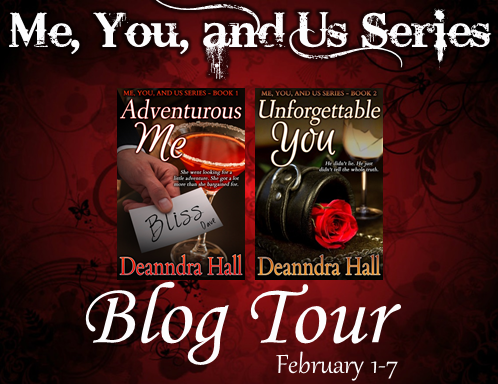 When Trish's husband of almost 30 years announces that he's leaving her because she's "boring," she sets out to find an adventure. Her attempt to drink her heartbreak away drops her onto a handsome gentleman who invites her to have an adventure, and Trish can't help but say yes.

She embarks on that adventure, but her path keeps crossing with that of another - Clint Winstead, a Dominant at the club, Bliss, and the one person in the place who seems to despise her. And that's fine with Trish. After all, there are plenty of other Doms there who want to play.

But when an annual event at the club throws Trish and Clint together for two weeks, both of them are horrified, not by the pairing, but by the feelings they're trying hard to deny. As the time passes, it's harder and harder to deny what they know is true - that is, until one nearly-tragic incident that almost changes both their lives irreparably. And when Trish realizes that continuing on with her commitment could cost her the ultimate - her life - she knows that it has to end. But does it?

Trish is the queen of second chances. But this second chance might just come at a price too high to pay. A little adventure is a good thing, but perhaps she's gotten far more adventure than she can handle. 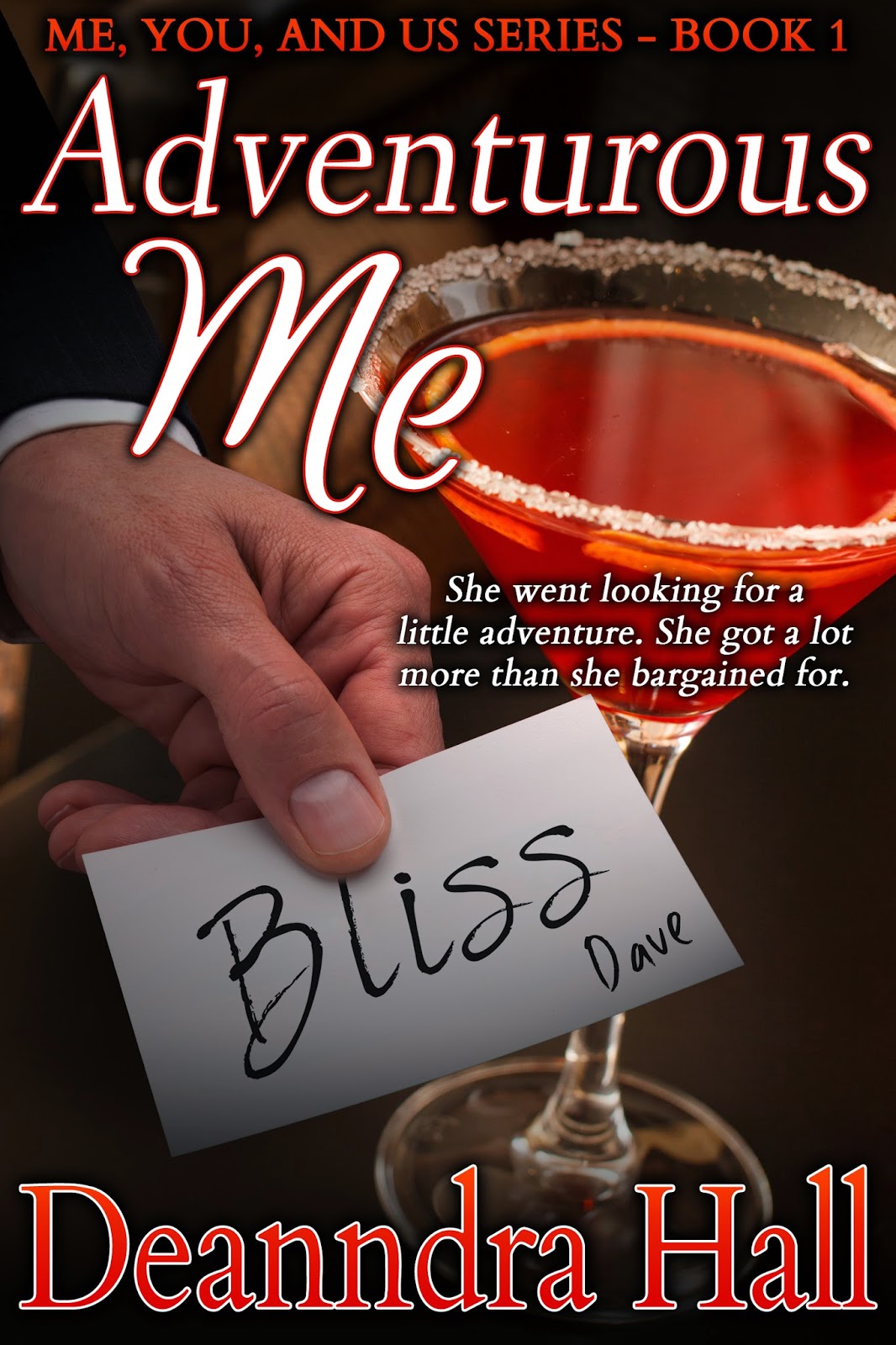 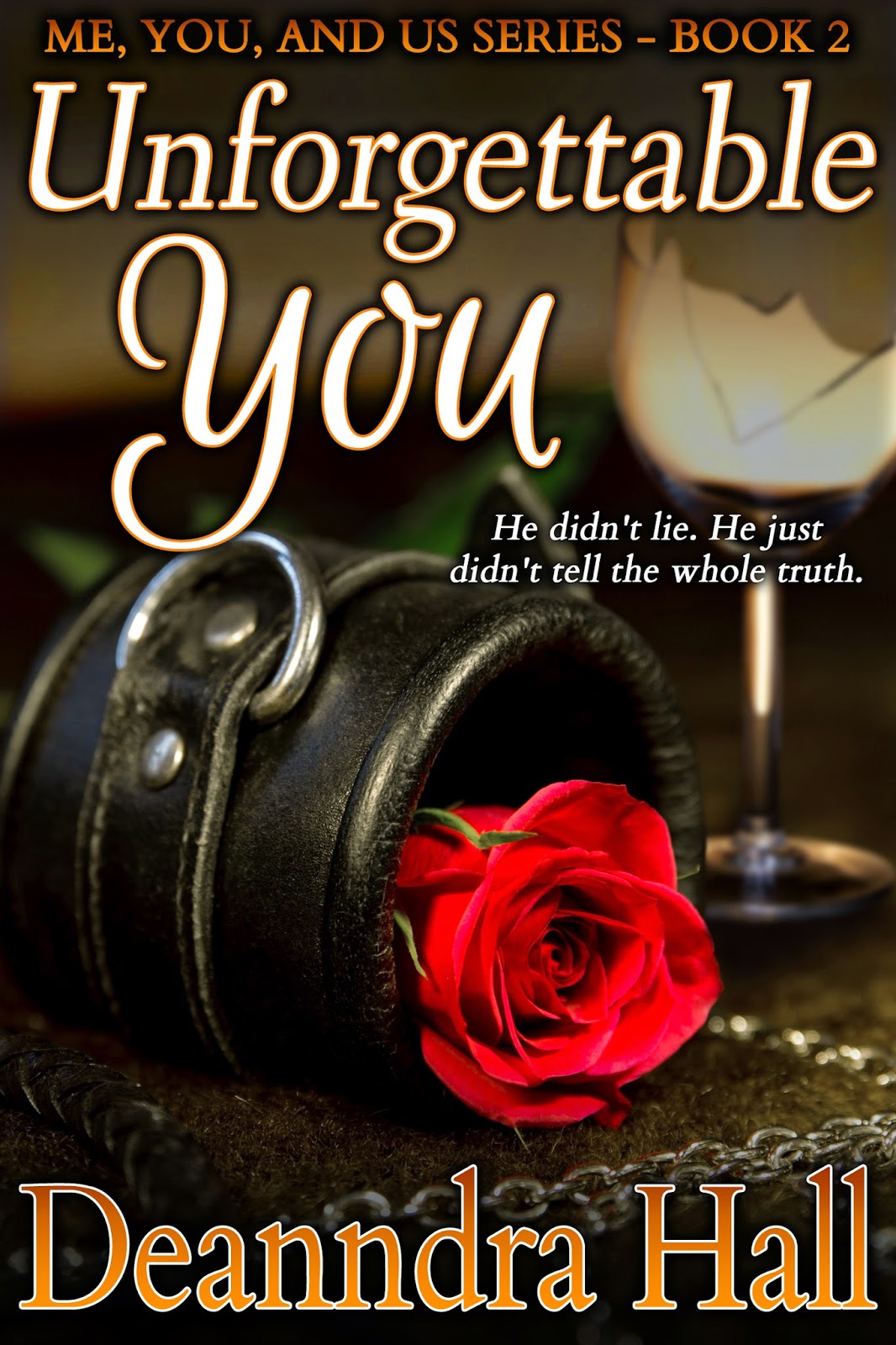 For Sheila, a lie is a deal-breaker. But what if it’s not a lie? What if it’s just not the whole truth?

That all changes when Trish and Clint walk into the club with Trish’s best friend, Sheila Brewster. Even though he's met her, he never really had much contact with her. But Clint has a plan: He’s looking for a Dom to protect Sheila in case her abusive ex-boyfriend manages to get paroled. And Clint happens to think that Steffen is a great candidate for that position.

Steffen and Sheila’s relationship starts casually and quickly grows into a promising romance. But one question makes all the difference, and when Steffen doesn’t lie but doesn’t tell the whole truth with his answer, Sheila’s left wondering if she can ever trust anyone again. And when Steffen’s little omission shows up on his doorstep in full-blown chaos, the relationship he’d had such high hopes for is shattered, possibly forever.

In the aftermath, Sheila sets a course for self-destruction that turns out to be more dangerous than anyone could’ve imagined. With no one to blame but himself, Steffen finds it hard to help a woman who won’t have anything to do with him.

Two broken hearts. One huge mistake. A few really bad choices. And a lifetime of pain if things can’t be righted. It may be impossible to mend the broken trust, and their love could be lost forever.


The second in the Me, You, and Us series following Adventurous Me, Steffen’s story in

Unforgettable You is funny, smart, sweet, kinky hot, and heartbreaking. It’s a tale of what happens when you forget that there’s not a lot of difference between a lie and a partial truth, and what love really means when two people belng together.

WARNING: This book contains explicit sexual situations in graphic detail. Not intended for readers under the age of 18. Reader discretion advised.

GOODREADS GIVEAWAY-
Enter to win a set of Autographed Books 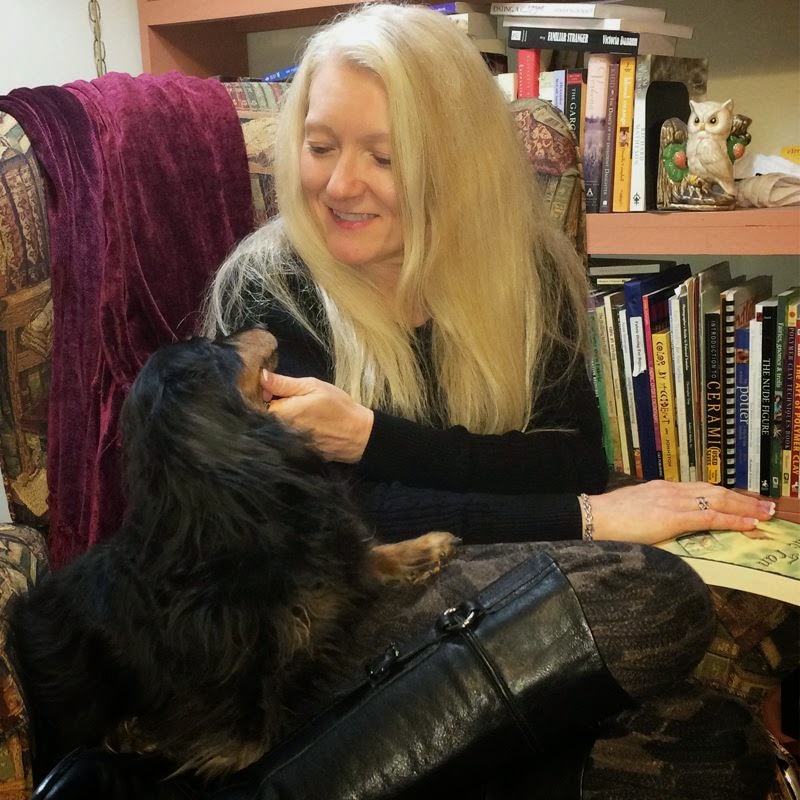 and it has served me well. I wrote for local publications, wrote marketing and advertising materials, wrote for academic publications, and eventually grew jaded with the writing profession as I often watched others take credit for my hard work. I retreated into the world of 3-D art in the fiber and textile mediums and hid out in a world of colors and textures. But, truth is, there was always a story or two in my head. It wasn't until Nikki and I met in my imagination that I decided it was time to let those stories out, and I'm glad I did. My readers now get to enjoy the fruits of my imagination and, believe me, it runs wild!
On the personal side, I've been happily married to my lover and best friend for over thirty years, and I have two wonderful adult kids who've blessed me with two excellent choices of life partners. When I'm not writing, I'm playing with my three crazy little dogs, hiking in a local recreation area, kayaking, working out at the gym, tending my herbs, cooking, or doing some kind of research.
But I'd really rather be writing!
Website  |  Facebook  |  Blog  |  Amazon Author Page  |  tsu  |  Twitter  |  Newsletter

The writing of Unforgettable You

I never intended to write Unforgettable You. Adventurous Me was supposed to be an independent novel, but I kept having readers ask me about Steffen and Dave. They were pretty solid characters, so I decided I’d give it a whirl.
In Adventurous Me, we saw Steffen get his hopes with Trish dashed. I knew he was crushed; I didn’t realize how crushed he was until I started to hear from him in Unforgettable You. He was really counting on being able to step into that relationship, and being the first Dom there with whom she scened played a huge role in that belief for him. Even though he and Clint are very, very good friends, Steffen pretty much assumed the “all’s fair in love and war” mentality when things fell apart. I was pleased that Clint held no ill will for him; in fact, he felt somewhat guilty that Steffen was hurt so badly.
I also had no idea what had gone on in his past, and I certainly couldn’t have anticipated how horrifying it was. When it turned out to be almost as bad for Clint, I felt like pure evil had descended into the story, and I had to capture that, its essence and terrible truth, so it could be understood for what it was and how it had shaped his life.
I think Unforgettable You is actually a lesson on how the things we grow up with and experience can shape our lives, sometimes for better and sometimes for worse. Steffen loved his father and missed him once he’d passed away, but it was a simple and old-fashioned notion instilled by the man that unknowingly colored his adult behavior and led to problems for him. What Steffen learned is a classic example of believing something just because someone in authority said it was so. I’ve seen that over and over in the area where I live. But unlike in a lot of instances, Steffen’s belief didn’t cause him to be narrow- or closed-minded – instead, it caused him to behave in a particular way that hurt him and the people he most wanted to be near.
When I met Steffen in the first book, I thought the same thing everyone else did, that he was an ego-driven stud-wannabe who was just gaming his way through the female factor at the club. But I was so very wrong about him; Steffen is so much more than that. I’m glad I had a chance to really get to know him.
And you might find it strange that I talk about him that way, but it’s all true. One of the things I love to do is build strong, well-defined characters, and then let them talk. And talk they do. Adventurous Me was a mess that almost didn’t happen because I started writing it in third person omniscient point of view and it was horrible. I thought about it and thought about it and finally wondered: What will happen if I just let Trish tell her story? The result was the funny, smart, snarky, sexy voice of the book that I published. It just made sense to me to let Steffen tell his own story, and tell it he does in his own sexy, smart, sweet, and sometimes sad voice. I thought of him as just an extraneous character in the first book, but he’s so much more, so complex and emotional. When all of his protectiveness kicked in, I wanted to cheer. But I couldn’t; I was writing. Ever tried to type and clap at the same time? Doesn’t work!
Sheila was just Trish’s “wing woman” in the first book, but I knew she had more story to tell also. As a friend, she was a good one; as a main character, she’s a great one. I love the way their personalities play off each other. Where Clint and Trish’s personalities are more balancing and complementary, Clint more conservative and Trish wild and crazy, Steffen and Sheila are very well matched in their personalities. They both like to laugh, both have quick, sarcastic wits, and both are committed to each other. It’s a match made in heaven; well, once they get finished slogging through hell.
In all, Unforgettable You wrote itself pretty quickly once Steffen started to tell his story. Some parts were harder to get out onto the page than others, and in several spots I spent a good deal of time crying – couldn’t help it. Just as in Adventurous Me, the plot in Unforgettable You took me some places I wasn’t quite prepared to go, and left me wounded and bleeding a few times too. But in the end it all works out as it should.
I think my favorite line was this one to Steffen from Sheila: “I want to know you, really know you. You have a beautiful soul.” Thanks, Sheila – I couldn’t have said it better myself.

Both of these books brought forth my emotional side. I cried, laughed, and cursed a few times as well. Also, you should know that both books have a different story. They do not repeat like so many of others do. :D

The characters were great. I especially liked Trish and Steffen.

I won't tell you what happens. NO spoilers here! :P

If you like the extremely hot books, put these at the top of your list! Book one is free today so be sure to grab it!

I received ecopies of both books in exchange for my honest opinion. I thought they were really good. I was eagerly turning the pages and hesitated every time that I needed to do something else. I will gladly read the next book too. 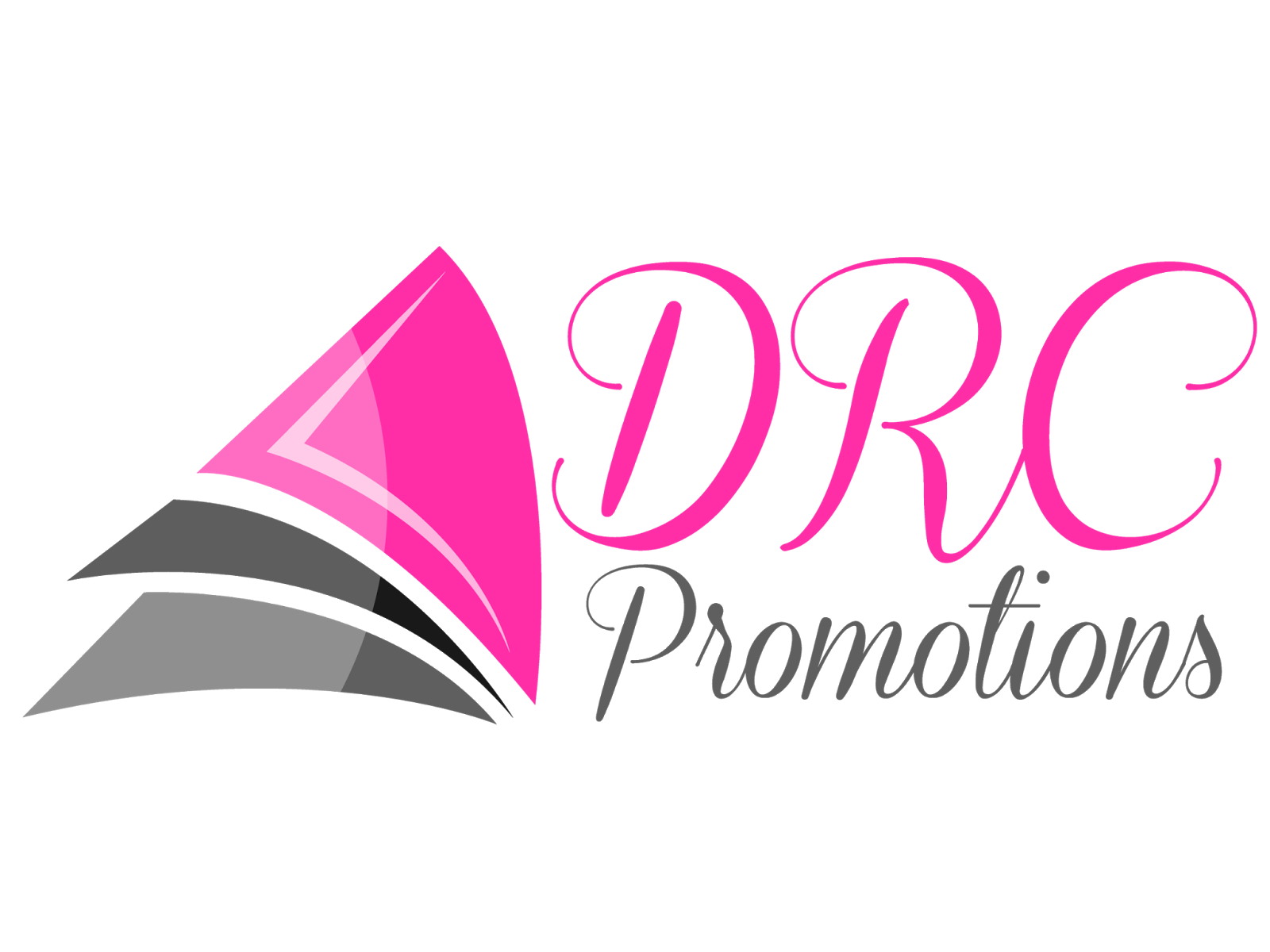