Chelsea Camaron was born and raised in Coastal North Carolina. She currently resides in Southern Louisiana with her husband and two children but her heart is always Carolina day dreaming.

Chelsea always wanted to be a writer, but like most of us, let fear of the unknown grab a hold of her dream; she realized that if she was going to tell her daughter to go for her dreams, that it was time to follow her own advice.

Chelsea grew up turning wrenches alongside her father, and from that grew her love for old muscle cars and Harley Davidson motorcycles, which just so happened to inspired her ‘Daddy’s Girls’ series. Her love for reading has sparked a new love for writing and she currently has a few more projects in the works.

When she is not spending her days writing you can find her playing with her kids, attending car shows, going on motorcycle rides on the back of her husband’s Harley, snuggling down with her new favorite book or watching any movie that Vin Diesel might happen to be in.

She hates being serious and is still a big kid at heart. She is a small town country girl enjoying life and, Chelsea hopes that her readers remember not to take life too seriously and to embrace your inner five year old, because five year olds know how to enjoy the simple things in life and how to always have fun.

MJ Fields's love of writing was in full swing by age eight. Together with her cousins, she wrote a newsletter for family members. The newsletter was put back into 'publication' in September of 2001 for the entertainment of her cousin on a Navy aircraft carrier in the gulf, (Her cousin is a female Navy officer and helicopter pilot).


Ties of Steel, (the first series spun off of some the Men of Steel series) book 1 ABE and book 2 Dominic are now available. The Norfolk series, has two titles available now, Irons 1 and Irons 2.


MJ is an Amazon bestselling author in multiple categories as well as all of Amazon as a whole. She lives in central New York, surrounded by family and friends. Her house is full of pets, friends, and noise ninety percent of the time, and she would have it no other way.


“One bourbon, one shot, one night—that’s my world. Life is finally getting on track for me and my brothers. Things are far from perfect, but after removing the thorn from our sides, they damn sure are looking up.” –Hendrix Caldwell.


Hendrix Caldwell, the oldest of the Caldwell brothers, is the ever steady voice of reason out of the three Detroit—Rock City’s—wild boys. Focused, determined, and living with a chip on his shoulder, Hendrix is married to his bar, allowing no time for anything more than a casual hook up. Work hard, play harder—that is the Caldwell brothers’ way.


For Olivia Gordon, life is nothing except the school of hard knocks. Born as the conse-quence of a one night stand, Olivia didn’t have the childhood found in movies and books. How-ever, she’s all grown up now and completely on her own. Drowning in debt, she is looking for a small break in life, but the hits just keep on coming.

One night, one charity event, two masks hiding them from the world and each other… Two people let go and share the best of each other in a luxury hotel’s storage closet for one night they both can’t forget. One night they both revisit in their dreams.

What happens when two worlds collide not once, but twice? When they find out who was behind the mask, will sparks fly, or will their past demons keep them apart? 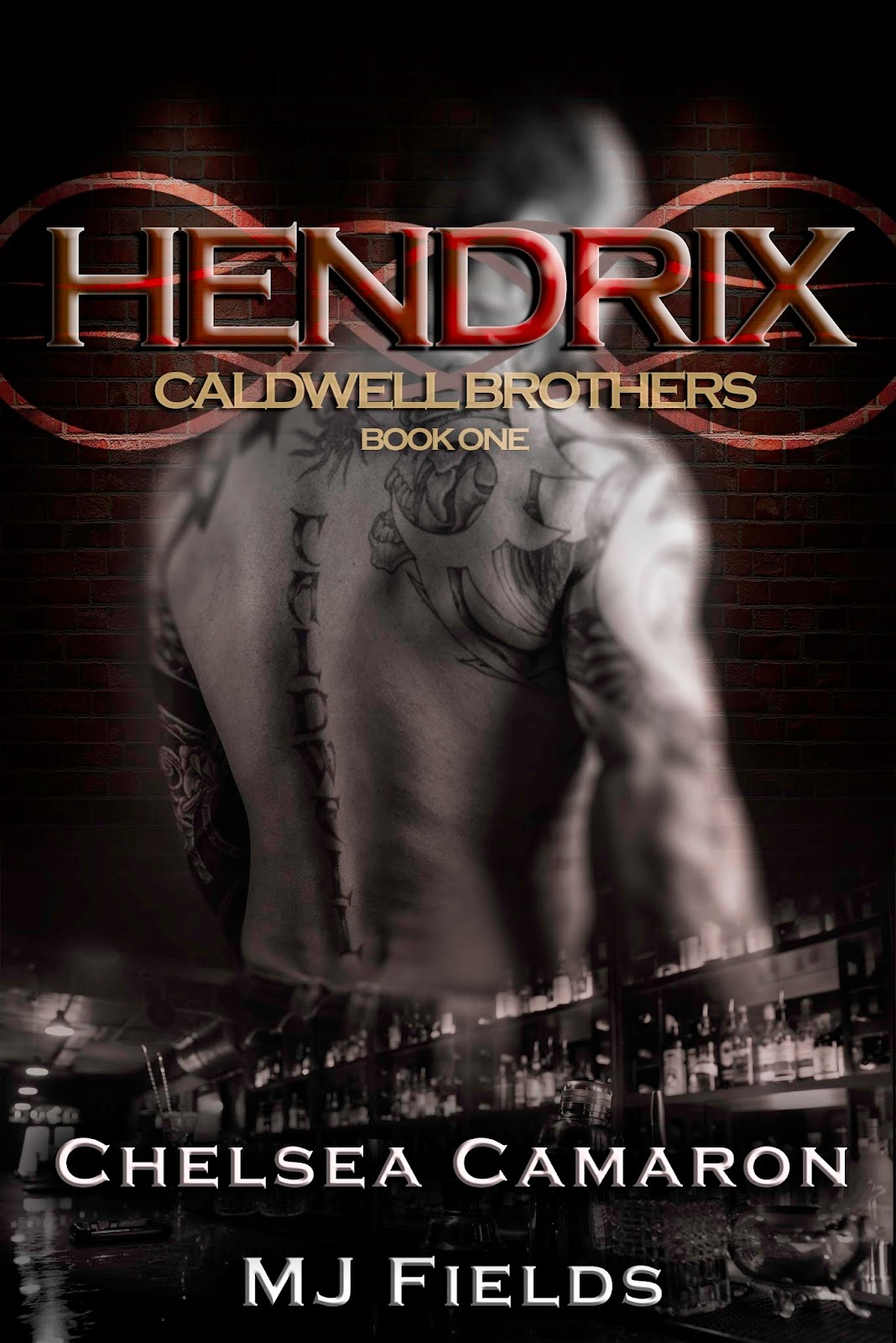 
Don't forget to enter the Comment Incentive Giveaway. It is a great chance to win a book you'd like to have! The link can be found at the top of the page.
Posted by Brenda Demko at 12:15 AM