Twenty-four year old Sharn Macer has spent the last six years looking for love....for that spark. She's failing miserably. After a life changing break up forces her back to her broken home, and into a string of dating disasters, Sharn decides it's time to hang up her heels and take a break from guys.


She didn’t expect to find the spark… with the quiet guy from her past.


Keefer Smith likes to keep to himself, always has and probably always will. He doesn't have time to date, not when he’s constantly worrying about what state he'll find his father in. Lucky for him, he does have one thing going for him; baseball.


He didn’t expect to want more… with the girl he once watched from afar.


Back in high school, Sharn would never have looked twice at someone like him, and Keefer would’ve never stood a chance with someone like her. But six years is a long time, and when they find themselves placed in charge of seventeen ninth graders they soon realize they might not be as different as they think. The chemistry is right, even if the timing is all wrong.


Sparks will fly, but will they spark love? 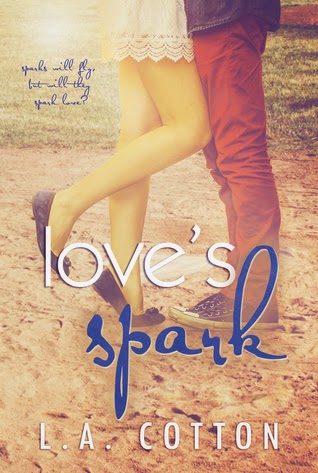 A man waved us to a halt, and Keefer lowered his window, exchanging a twenty for a ticket. He drove further into the area, pulled the truck into a row, and cut the engine. There had to be thirty cars all lined up in three curved lines, facing the screen, which was playing an old black and white theater ad. There was a small booth selling drinks, popcorn out of an old-fashioned machine, and hot dogs.

“This is…wow. I’ve never been to anything like this.”

“It’s pretty cool. I’ve been a few times. The theater gets too crowded. I like being able to sit in my truck.”

He was totally serious, and I realized I still knew nothing about him. The little pieces that he revealed about himself were not helping to put together the much larger and more complex Keefer-puzzle.

“Tell me something about yourself. Something I don’t know.”

He turned to face me, a serious expression etched on his face. “We need popcorn and sodas. I’ll go grab us some.” He jumped down from the truck and headed over to the booth. Not only did Keefer avoid small talk, it seemed that he also dodged talking about himself.

“Here.” He opened his door, holding popcorn and Coke, climbed back into the cab, and started messing with his seat. Once he’d reclined his back, he started on mine. “Lay back.” His breath tickled the crook of my neck and I shuddered. “Tell me when it’s comfy.”

I sank back into the seat. “Perfect.”

The screen went black and the opening credits started. He balanced the popcorn between our seats, grabbed my hand, placing it in his, and focused on the screen. Talking was definitely not on the agenda.

An hour into the film, I was struggling to keep up. I’d heard Safe House was Denzel Washington’s latest big hit, but I was confused as hell. Keefer seemed engrossed, and apart from the odd handful of popcorn, he remained solely focused on the film. I was a little bored. Bringing me to somewhere he liked to go seemed like a nice gesture at first, but now it just seemed like an excuse to avoid conversation. If it weren't for his thumb gently caressing the soft skin between my thumb and forefinger, it would have been easy to forget we were on a date at all.

The screen paused and faded into a black background with the word intermission printed in white at the dead center. Keefer sat up, stretching his arms in front of him. “What do you think?”

His eyes narrowed. “You’re bored, aren’t you? Shit.” He ripped off his cap and pulled at his messy blond hair. “This was a bad idea.”

He looked so disappointed that guilt flooded me. “Hey, no, I’m fine. I’m glad you brought me here. Really.”

“You want anything else to eat or drink?”

Keefer leaned back into his seat and outstretched his hands. “There’s always a fifteen-minute break.”

The stilted conversation was awkward, and so not how I imagined things going.

“So, we have fifteen minutes to talk?” I smiled, only being half-serious, but Keefer’s face paled a little.

“Hmm, what do you want to talk about?”

His eyes sparked, and he closed the distance between us, so that his nose was aligned to mine. “I have a better idea.” He touched his lips to mine, so slowly that it was almost painful. His movements were cautious and precise, as if he were making sure that I was okay with it, and the moment his tongue gently licked my lower lip, I quivered. “Keef-”

I knew he was trying to distract me—avoiding conversation, again. But when he parted my lips with his own, demanding entry, I forgot everything. Keefer’s hands clamped around my waist and before I knew it, he’d pulled me across the cab onto his lap. I readjusted my legs so that I was straddling him, and my hands reached for his cap, pulling it off and dropping it to the side of us. My fingers stroked his hair away from his face as he stared at me, a look of awe in his eyes.

Our lips crashed together and he tightened his hold on me. He hardened beneath me, pressing into me as I sat above him. He broke our kiss but only to trail his tongue and lips along my jaw and neck. The sensation caused me to shiver and a breathy moan escaped my lips.

“Fuck. Don't make that noise again. It drives me insane.”

“Keefer...” I was stunned. We couldn't hold a serious conversation, but when we kissed, we lost all control.

“Less talking, more kissing.” He loosened one of his hands from my waist and brought it to my face, stroking his finger down my cheek and across my jaw, then wound it around one of my stray curls and gently pulled. “More kissing.” His lips feathered mine and his finger released my hair and splayed out onto my neck, my skin burning under his touch.

The bright lights of the movie starting again caused me to jump, which caused Keefer to groan, and not in a good way.

“Oh damn, sorry. Are you okay?” I couldn't help but laugh, as he cursed under his breath. “I think the moment’s over.”

He helped me wriggle back to my seat and we settled in to watch the rest of the film. All I could think about was his lips on mine. 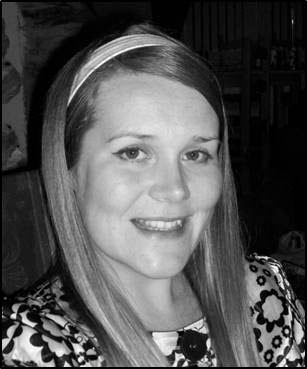 L. A. Cotton has a busy mind in need of constant stimulation. A youth worker from the Midlands, UK, if L. A isn’t immersed in a book, she’s figuring out what course to study next. With an imagination that refuses to stay quiet, early this year, L. A finally decided to put finger to keyboard and start typing. Her debut novel, Fate’s Love releases September 30th.

When she’s not busy reading, writing, and plotting future books, L. A. is mum to two gorgeous children, and their hyper terrier, Rocky. 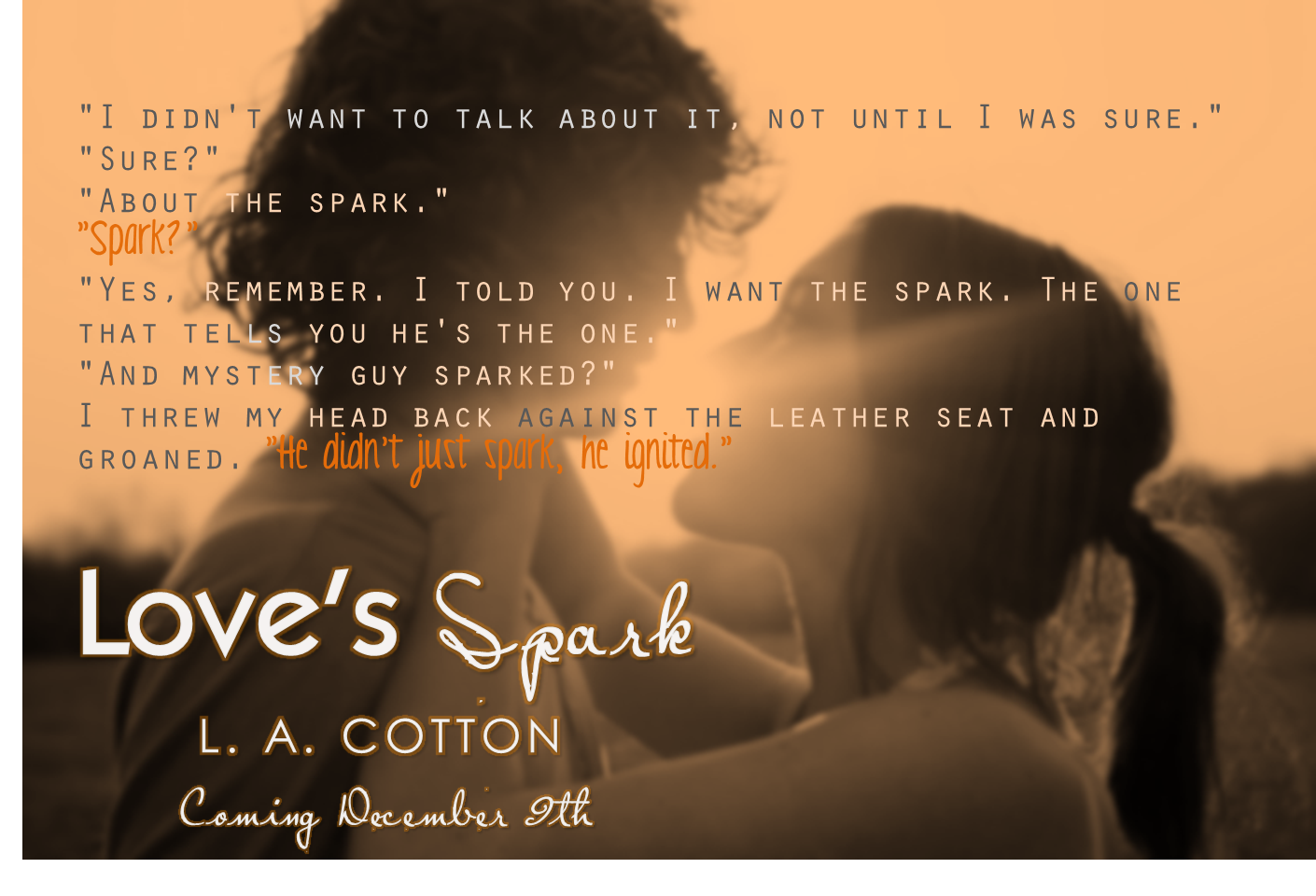 The first book in the series is: 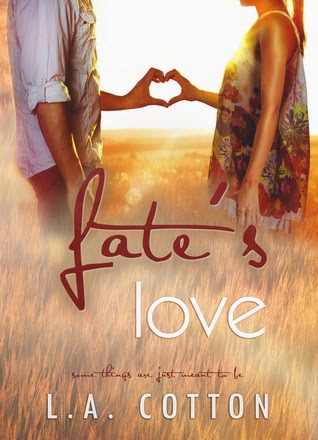 When you meet that one person in the world meant for you... you should hold onto them.

When 17-year-old Livy meets Ethan, she can’t deny their inexplicable connection. Lost in his dark, intense eyes and smile-to-die-for, Livy never thought she would feel like this. It almost makes her want to break her childhood vow, but Livy knows happily ever after is just an illusion, and despite her heart wanting Ethan, her head is telling her to stick with the plan. The one that doesn’t include falling in love. Period.

Eight years later, Livy finds herself back in her hometown. After the way she left things, the last time they were together, Livy is anxious about seeing Ethan again. It shouldn’t come as a shock to discover he has finally moved on—but it hurts. A lot. Accepting that she will never get the chance to put things right isn’t easy, but it’s not until life comes crashing down around her that Livy realizes what she could’ve had. Left broken, alone, and depressed, only one person can pull her out—the guy she thought she'd pushed away one too many times.

Livy has finally realized that you can’t fight fate… Some things are just meant to be. Is this finally her time to get it right, or has Livy missed her last chance with Ethan?

Love's Spark is the second book in the Fate's Love series but it can be easily read as a stand alone book. The main characters are Sharn and Keefer and we met them in the previous book.

This book is exceptional at bringing home the fact that opposites attract, people can change, and anything worth having is worth fighting for.

These two were charming, at times frustrating, sweet and totally endearing.

I really liked this book. It was a sweet romance

If you are looking for a well written romance, this one is worth the read. 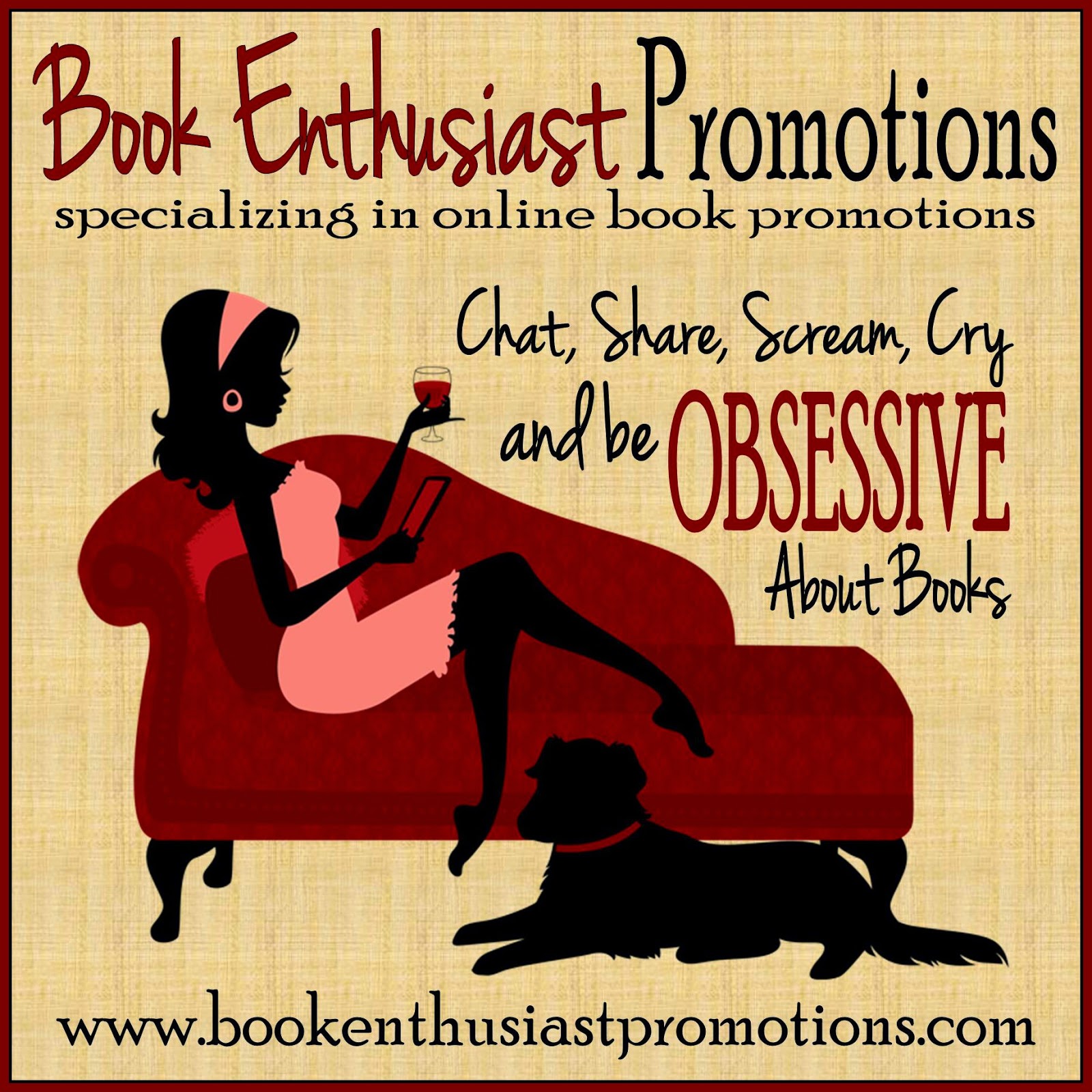