Legend has it if you die in your dreams, you die in real life. Fifteen-year-old Ashling Campbell knows that’s not true because when she closes her eyes each night, she doesn’t dream about public nudity or Prom dates. Instead, she’s catapulted to the front row of her future self’s execution - fifteen years from now - where monsters have taken control of her hometown and she, or rather, her 30-year-old counterpart, is their public enemy number one.

For three months and counting, it’s been the same dream… until an encounter with an antique dreamcatcher. Ash falls asleep to discover she’s no longer a mere spectator in these dreams - now she’s astral-projecting into the body of her future self. Each night, she goes on the run with a ragtag group of rebels - who have no idea she’s really a high school sophomore and not their noble warrior. She has to make it through each night so that she can wake up and find a way to change the future. For every action she does in the present day, she falls asleep to discover it had an equal impact fifteen years later. It’s up to her to manage her two worlds and make sure she’s still got a place in both. 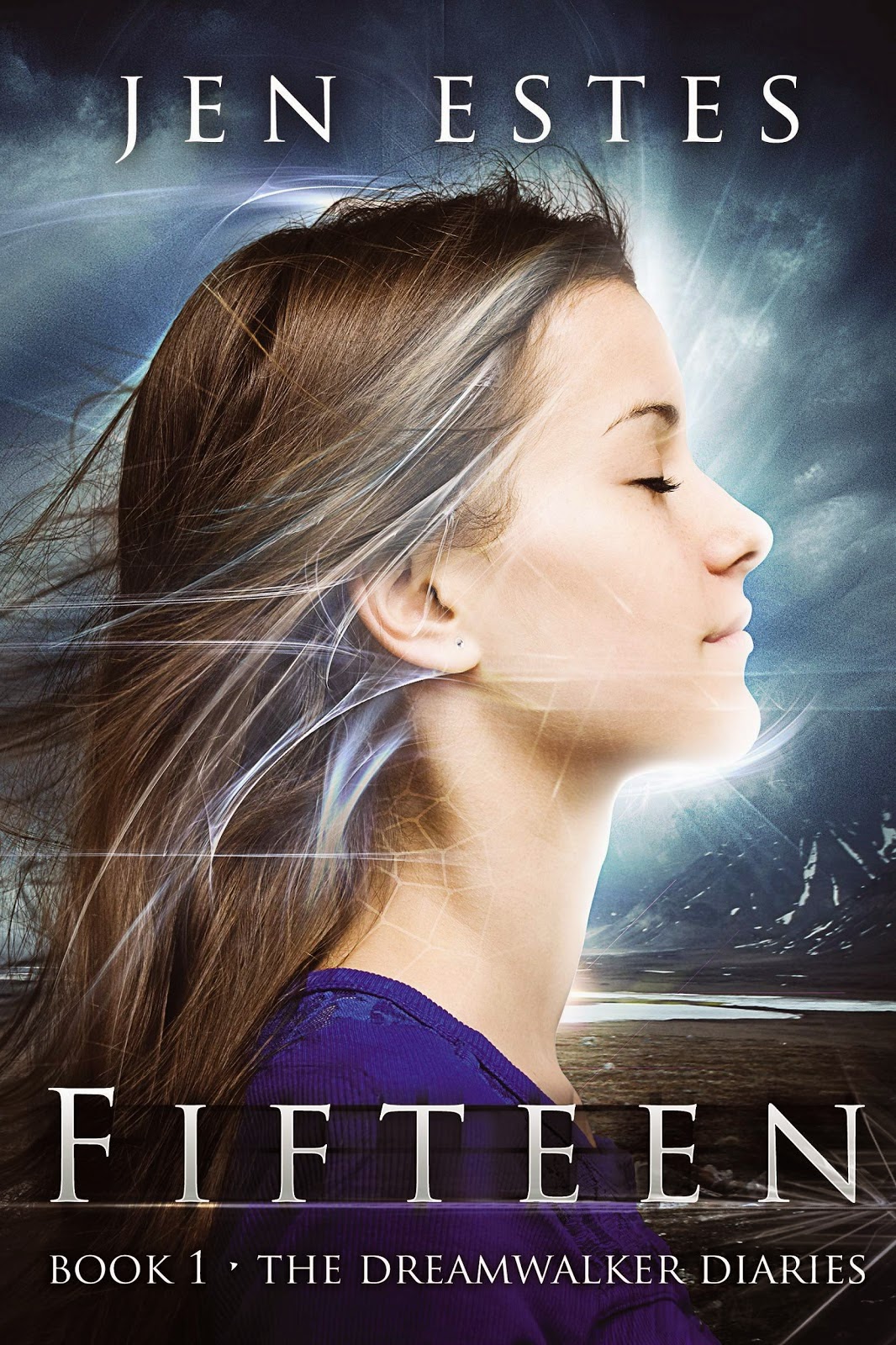 Born and raised in the Midwest, Jen had to choose between staring at corn or reading books. Corn husks just didn't have the appeal of the Baby-Sitters Club, and so a bookworm was born. Reading later turned into writing and in 2011, Jen published her first novel with Camel Press. After releasing four books in the mystery genre, Jen finally gave in to the literary demands of her inner teenager with her YA debut, FIFTEEN (coming January 2015 from Curiosity Quills).

Jen is an active member of the National Writers Union. When she isn't writing, Jen enjoys sci-fi in all its mediums, attempting yoga, using her passport, watching baseball, and reading a good book. She lives in Illinois with her husband Nathan under the tyranny of their three cats: Wrigley, Ivy and Captain Moo. To balance the feline:human ratio, they are expecting their first child in the early spring. You can find Jen on the web:
Facebook * Twitter * Goodreads * Google+ * Tumblr * Blog

Fifteen was a great concept. I had never heard of the Lakota legend that this book is transpired from before! It focused on Ashling who had a peculiar talent. She could see her future self in her dreams. We go back and forth between present day happenings and the future.

She had a best friend named Tate. I kept waiting for something more to happen between them but it went in a surprisingly different way. I had trouble understanding some of the happenings at the end. I'm thinking and hoping that maybe things are not as they seem?

This book had it's own kind of monster and I'm not necessarily talking about the villain. ;-) Ash's Mom brought home a troubled teenaged girl and boy was she a major *itch! I did not like her character at all.

Fifteen was interesting, mysterious and had action. Add in some drama and danger along with a little heartbreak and that about wraps this one up. The romance didn't really work for me but hopefully that will work out more in the following books. My fingers are crossed!

I enjoyed Fifteen. I have faith that the next book will be better. All in all this was a good first attempt.