Review ~ The Bonus by AJ Adams 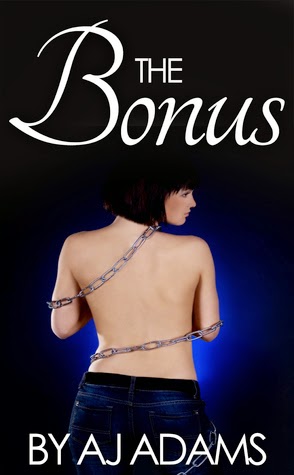 Purchase it from: Amazon or B&N

Chloe is a seasoned drug courier who finds herself in the wrong place at the wrong time. Facing a lingering and painful death at the hands of the Zetas, Mexico’s most brutal cartel, she persuades their enforcer to claim her. Has Chloe made a huge mistake, or will her choice prove her salvation - and his? Warning: This book contains explicit scenes of dubious consent, graphic violence and sex.

The Bonus was pretty quick. It had some rather vividly described scenes that  may not appeal to someone with a weak stomach but mostly I thought it was pretty interesting.

I must not be the only one who enjoys reading about crime bosses and mafia men because I keep finding more and more of these type of books. The Bonus falls into that category.

The hero of the book, if you want to call him that, is not really a nice guy. He does end up more or less being the heroine's hero but I don't really think that he set out to. It just sort of worked out that way. ;-)

This book was graphic, edgy, full of danger and action, sexy and full of interesting characters.

I received an ecopy in exchange for my honest opinion. I liked it (mostly) . It was dark but very different from anything that I have ever read before.