From USA Today Bestselling Author J.C. Valentine comes a sizzling story about a young entrepreneur, a hot firefighter, and a first date that will change their paths forever.

Tenacious bakery shop owner Abby is following her dreams. She has everything she could ever want in life—except the fairytale ending. Then she meets Kennedy, a hunky firefighter whose killer smile and easy charm makes her heart pound. But with the kind of danger he faces on the job each day, Abby knows there’s no happily-ever-after in the cards. The harder she tries to hold onto her heart, the faster it seems to slip away, but when a series of mysterious events threaten the future of her business and her life, their happiness may be shorter-lived than she realized.

Someone is out to get her, and it’s up to Abby and Kennedy to uncover who’s behind the destruction. Can they do it before tragedy strikes? 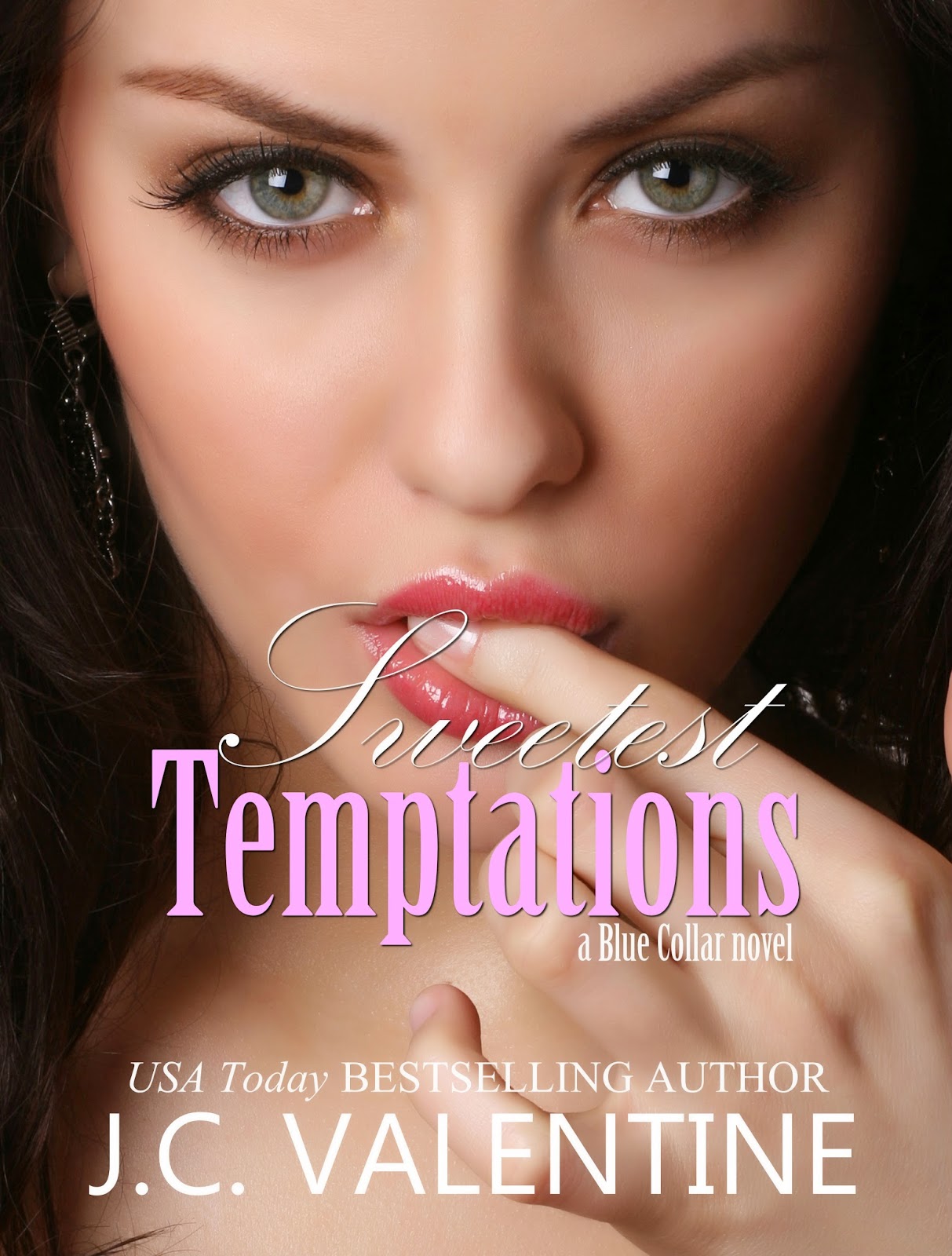 I saw my sister first, smiling happily as she piled a mound of mashed potatoes into a large serving bowl. Her husband, Doug, stood with his back propped against the edge of the sink, a beer in hand and laughing over a joke I’d missed. Last, my attention was drawn to the deep, male voice.


My body froze in the doorway, unable to believe my eyes.


Fucking hell. Holding a beer in his right hand, the hot guy who’d bought my donuts was talking animatedly, gesticulating wildly, his eyes dancing with laughter. Dressed in a pair of worn jeans and a plain white cotton shirt, I decided two things. One, he was the most fuckable man I had ever laid eyes on, and, two, Amy was a dead woman.


The room erupted into another round of laughter and then one by one, they each noticed I was standing there.


“Oh, Abby!” Amy exclaimed, setting the gravy boat down on the counter and rushing toward me. “I didn’t hear you come in.” Draping her arm over my shoulder, she gave me a squeeze and said proudly, “Kennedy Harper, I would like you to meet my lovely sister, Abigail Satcher.”


Recognition flashed in his eyes and a smile spread across his face. Wiping his palm on his pant leg, Kennedy stepped forward and held out his hand. “Call me Ken.”


Oh. My. God. I recalled Ariel’s comment about Daddy buying her a new Ken. At the time, I had assumed her seven-year-old mind had taken a leave of absence, but now I realized I was mistaken. She wasn’t flaky. Rather, in her own little way, she had been telling me about him. About Ken Harper. Ken, just like the fucking doll.


I couldn’t help it. I burst out laughing. 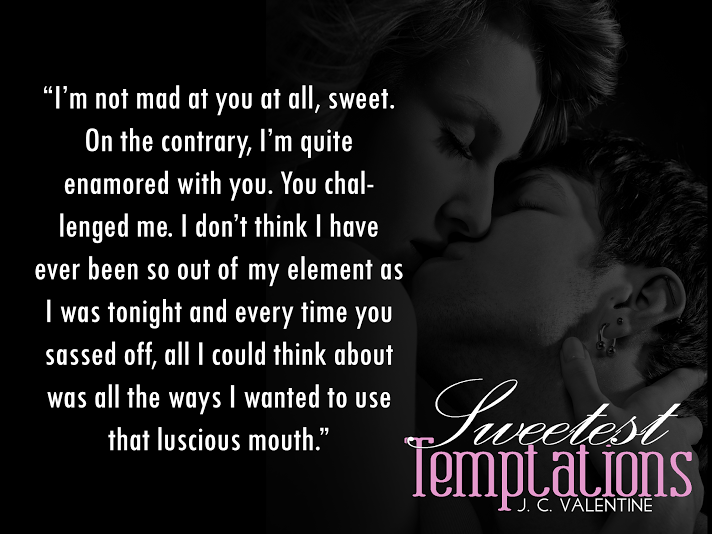 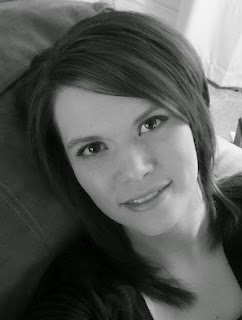 USA Today Bestselling author J.C. Valentine is the alter-ego of Brandi Salazar, whose enjoyment of tales of romance spurred her to branch out and create her own.

She lives in the Northwest with her husband, their wild children, and far too many pets. As a university student, she studies literature, which goes well with her dream of becoming an editor. Brandi entertains a number of hobbies including reading and photography, but her first love is writing fiction-in all its forms. 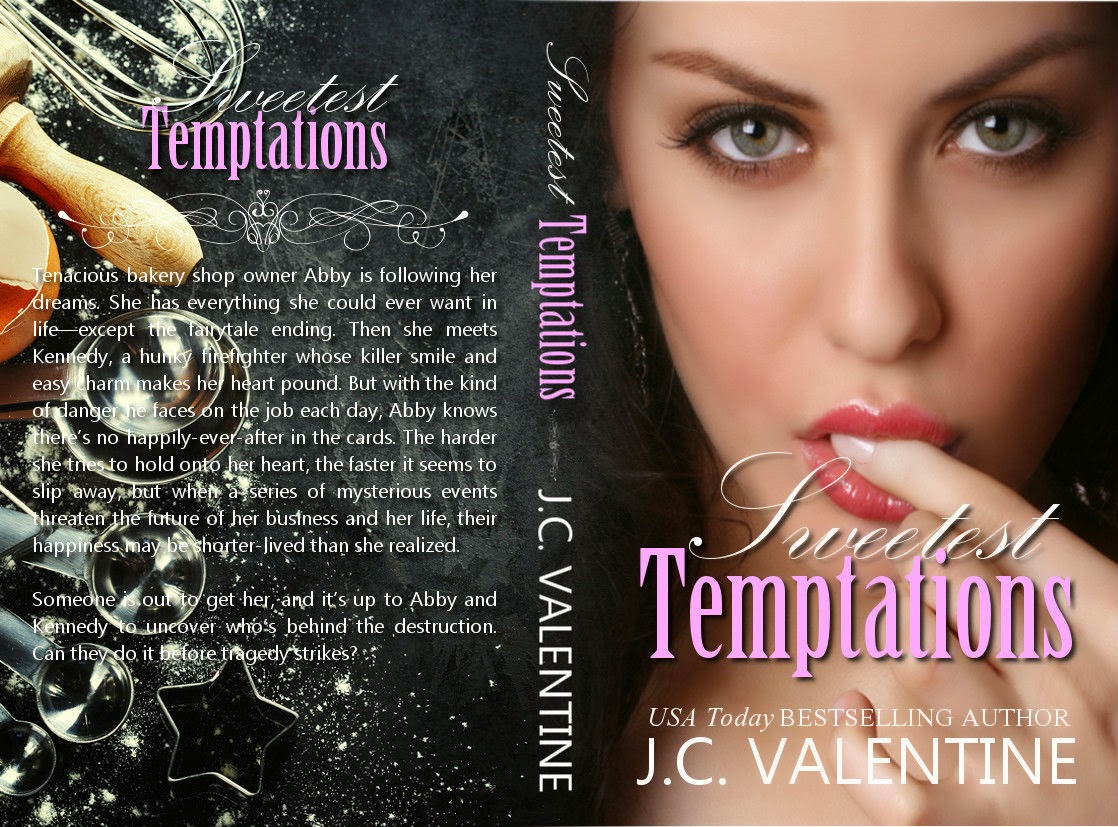 As the title alludes, this was a sweet story. It was about a bakery owner and a fireman. Do I really even need to say more? I bet I had your attention just by saying fireman, huh?

The previously mentioned fireman was a sexy alpha type named Kennedy. I liked him A LOT. ;-)

The heroine's name was Abby. She was an awesome leading lady.

I thought this was a fantastic romantic suspense with plenty of emotional scenes that will have you crying, laughing outrageously, and pondering the suspense.

I tend to like her books and this was no exception. Don't just be tempted. Read it for yourself!

I received an ecopy in exchange for my honest opinion. In a word, it was FANTASTIC!