This is an adult post! If you are not 17 or older, please don't continue reading today's post!
Mia Devine plans over-the-top weddings for a living. So when it comes to her own nuptials, she spares no expense—hand engraved invitations, Vera Wang gown, luxury honeymoon in France. And since her fiancé is Tucker Branch, playboy heir and notorious flirt, local media is obsessed with every little detail.

Which is why it really sucks when he jilts her a week before the wedding.
Mortified, Mia wants nothing more than to crawl under her newly monogrammed sheets and plan a funeral for her dignity, right after blabbing to the world how fitting it is that Tucker will inherit a bolt and screw company, because that’s all he wants to do—screw, and bolt. And he doesn’t do either with much finesse.

When her friends convince her that bitter tastes better when it’s drowned in Bordeaux, she grits her teeth and packs her bags, determined to make the best of a week in Paris alone.

The free-spirited musician’s scruffy good looks and less-than-sympathetic ear annoy her at first, but when she takes him up on his offer to show her around the city, she discovers that the romance of Paris isn’t just a myth.
Nor is the simultaneous O.

The last thing Mia needs is another doomed love affair, but since she only has a week, she figures she might as well enjoy La Vie en O with Lucas while she can. But each day—and night—with him is better than the last, and suddenly her heart is telling her this is more than a rebound fling.

Is it just the seduction of Paris…or could this be the real thing? 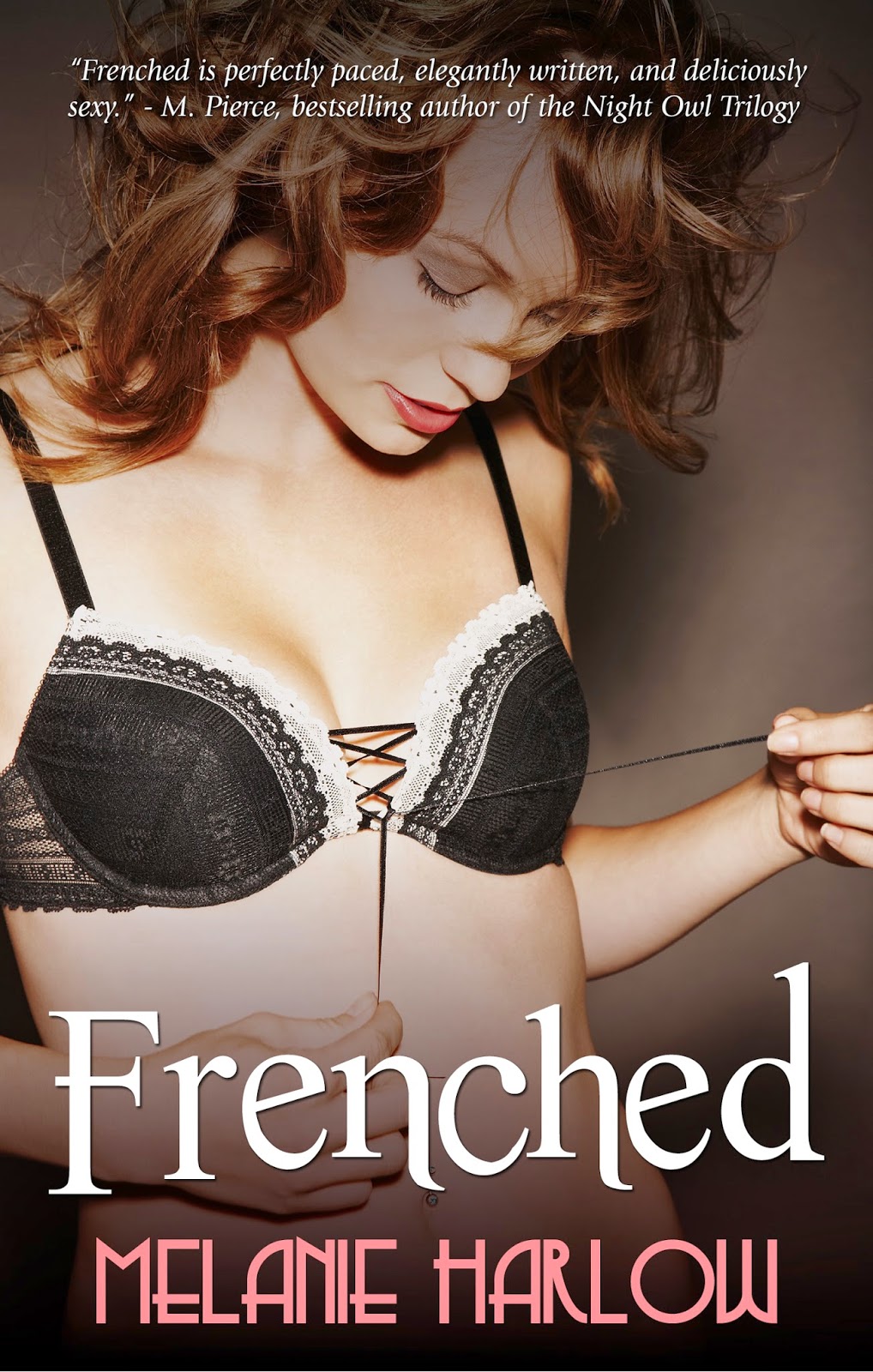 1)    The main character in Frenched, Mia Devine, loves to make lists for everything, and I do too! So making this list is totally fun for me. J

2)    The bar Mia wanders into in the Latin Quarter (where she meets Lucas) is based on a real Canadian sports bar in Paris called The Moose. In Frenched, I called it…The Beaver. (This gives you a good idea of my sense of humor.)

3)    The restaurant Lucas takes her to is based on a real Italian restaurant in the Latin Quarter called Marco Polo—one of my favorite restaurants in Paris!

4)    There is one photo in the book: it’s a picture I took in the Musee Rodin the last time I was there of a beautiful sculpture called The Cathedral. (In the book it plays a role in a somewhat dirty moment between Mia and Lucas…)

5)    You can stay in Lucas’s Paris apartment! I found the inspiration for Lucas’s St. Germain neighborhood apartment on Vacation Rentals By Owner. Here’s the link: http://www.vrbo.com/270121. (Wish I could put Lucas in there for you!)

6)    You can also stay in the villa Lucas takes her to in Provence. I based it on this one: http://www.onlyprovence.com/villas/saumane. Not bad, huh? I’ll meet you there for drinks on the pool deck…

7)    Lucas and Mia fall for each other pretty fast, and while I’m not sure about love at first sight, I do believe you can love someone within a short amount of time. I believe some people just have a connection that they feel right away.

8)    There is quite a bit of sex in Frenched because it is such an important part of their chemistry, but I think my favorite one is the shower scene—Mia has a pretty big revelation at that point. However, the scene in the bedroom at the villa (the one involving the neck tie, ahem) was ridiculously fun to write…that’s a favorite too.

9)    I’d love to continue their story somehow, either in a novella or another full-length novel, but the next book in the series will focus on Mia’s friend Coco, who falls for a chef/restaurateur who’s strictly off limits. It’s called…Forked. :D

Melanie Harlow likes her martinis dry, her lipstick red, and her history with the naughty bits left in. I write New Adult historical and contemporary stories. 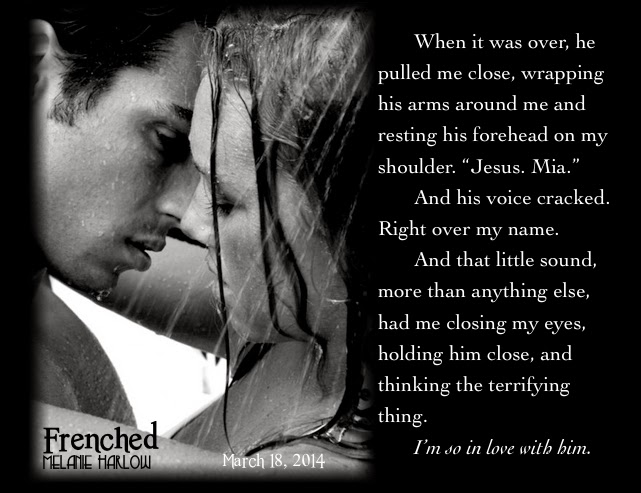 Mostly, I thought this book was superbly sexy! ;-) This is definitely an adults only read.

There was more steam than not. However there was also some drama, humor, and plenty of sweetness.

Lucas is terrific (mostly). :-) Mia was likable and much of her inner dialogue was similar to thoughts I might have in the same situation. :-) I really liked all of the characters other than Tucker. He was an a** and she was so much better off without him.

While reading Frenched, I was vacationing vicariously through Mia. I had a fabulous time if I do say so myself!

If you like lots of the hot and heavy tempered with some humor, and don't mind insta-love, this book is a must read.

I thought it was top notch! ;-) I will be reading Forked when it is available. I hope it is sooner rather than later!