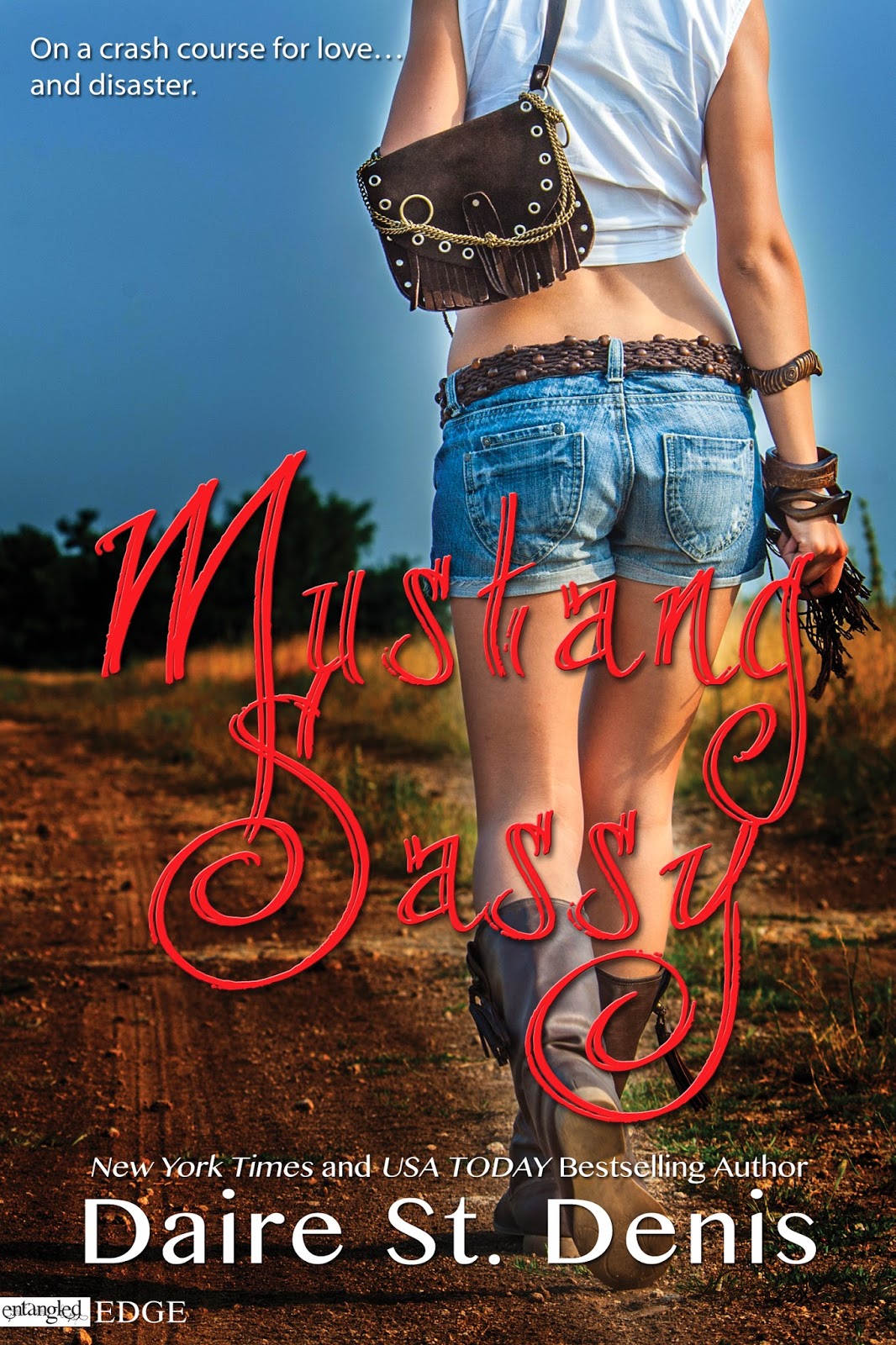 When Sass Hogan catches her boyfriend slow-dancing and doing the tongue-tango with Tori Double-D-Cup Hunter, she pays him back the only way she knows how—by taking a tire iron to his beloved ’67 Mustang Fastback. There’s only one problem. She’s destroyed the wrong car.

Jordan Michaels wants his car fixed, now, and he wants Sass’s auto body shop to do it. But the handsome blond has a secret−he’s really Jordan Carlyle of Carlyle’s Classics, Hogan’s biggest competitor, and he’s determined to prove himself to his family.

As Sass and Jordan get to know each other, the depth of the attraction has them falling in love. But a relationship based on lies will only leave them primed for the worst wreck of their lives.


With a degree in archaeology, Daire St. Denis was sure she was destined to be the next female Indiana Jones.That didn’t quite pan out but she still managed her fair share of exotic adventures. Some of her most daring escapades include, skydiving in Canada, being trapped in the Great Pyramid of Giza, searching for tigers in the foothills of the Himalayas, touring Germany by motorbike, scuba diving off the coast of the Philippines, meeting Medusa in the bowels of Istanbul and climbing her way to the top of a number of mountains and crags in Canada and the US.

Mustang Sassy was a decent read. I really liked the beginning. :-) Hell hath no fury like a woman scorned.

Sassy Hogan knows about, talks about, lives and breathes for.... cars. It was a sad day when she felt the need to destroy one. After seeing her friend with benefits with another woman, she had to vent. Carlos didn't care for anything the way he loved his car. It was the perfect retaliation!

At least it would have been if she would have attacked the right car.

Imagine her surprise the next morning when the damaged car is brought in by someone other than Carlos. Woopsie!

The man who the car belongs to has some secrets of his own. His family is Sass's #1 competitor. He is in town to scope out the garage and although he never intended to have the car damaged, at least it gave him a reason to be there.

Jordan and Sass have an intense and instant attraction that they both try to fight. They both feel guilty for keeping secrets from the other.

This book started off with a bang, crash, smash, clunk, clank, shatter, and back to bang again! It was intense! Then it slowed down.....

I liked it despite the slower pace. If you like cars and car talk mixed with some romance, you should read this.


How into vehicles are you?