Giveaway & Review ~ Wanting Him (Needing You #2) by T. Renee Fike

T. Renee Fike is a born and raised country girl from Pennsylvania. When T. Renee isn't writing, she's working her full-time day job, or pursuing her Master's degree. Aside from work and school, she enjoys hanging out with friends, reading a good book, watching football, or hanging out with her niece and nephew.

Can a person really fall in love in only a few short months? Does distance really make the heart grow fonder?

Natalie, a confident strong individual who has had her fair share of pain and loss has found the one thing that truly makes her happy, Parker Thomas.

Parker is living his dream, on tour with his band mates, King Dread. He’s making a name for himself and his band, wanting nothing more than for Natalie to join him on this new adventure.

Unfortunately due to life, Nat cannot go with him. Between going to school, working, and taking care of her sister, her plate is full.

During the months apart, Nat and Parker are able to grow as individuals and reveal who they really are, and what’s important.

Though distance is hard on both of them; there are people out there who want nothing more than a piece of Parker.

When they are put to the test, will they be able to prove their love for one another or will others step in and take their place?

**This contains graphic sexual content and situations suitable for readers 18** 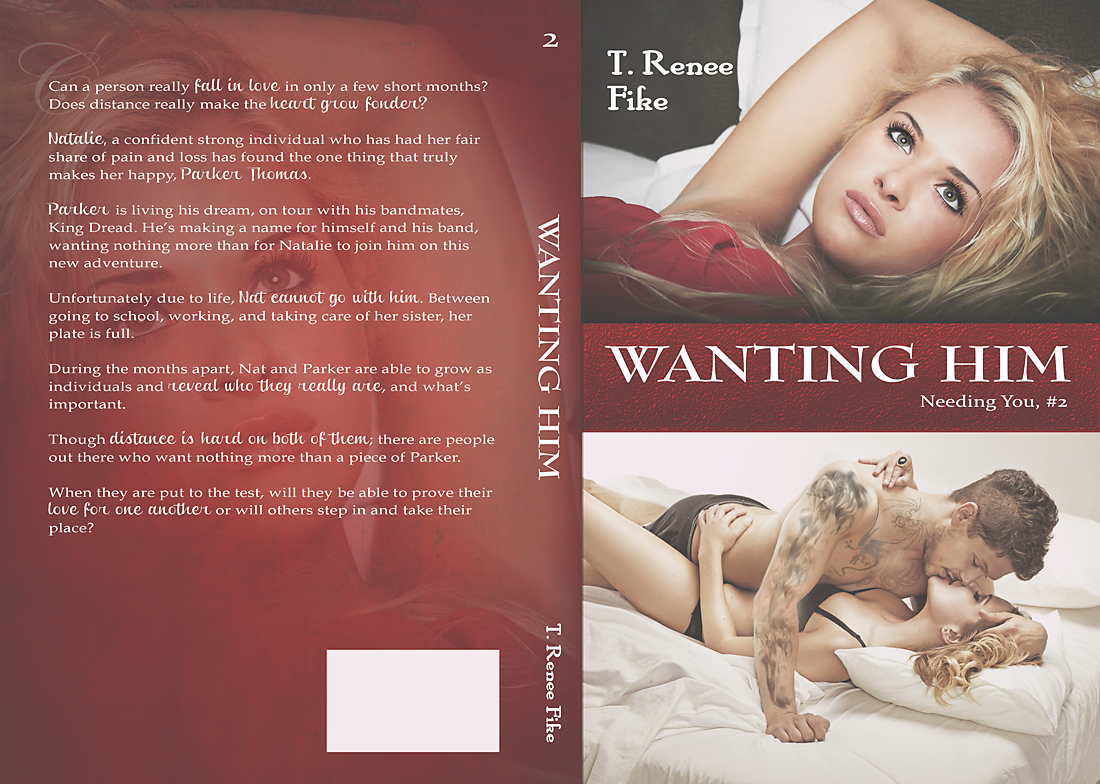 Nat, if there’s any point in time when you doubt how I feel about you, I want you talk to me, don’t bail on me,” he says piercing me with those gorgeous green eyes.

“Yep, one year.  Plus we’ll see each other when I’m around home for concerts, and you’re going to stay with me a few days when you can,” he says with a knowing look.

“Yes babe, I told you I would,” I say with a smile as I lean in and softly press my lips to his.
Before I can register what he’s doing he has me lying on my back and he’s settled between my thighs kissing me silly.

“Round two,” he says with a wink as he quickly moves down my body to my sensitive spot.  He wastes no time getting me ready for more of him.  His tongue hits my sacred spot, making my body jump.  Parker makes sure I’m not going anywhere as he continues his tongue assault on my body, then thrusting two fingers inside my aching walls.

“Please babe, I need you inside of me,” I whimper.

“I will soon, I’m enjoying tasting you,” he says before he dives back in with his tongue making me moan louder.

It doesn’t take Parker long to have me reaching bliss and calling him all sorts of God-like names.

My body feels like mush, but I can’t get enough of him.  I wish I could have him every day, but that’s what makes our times together even more special.

Soon Parker is pushing inside my wet core waking my insides back up.  I lean up towards Parker to kiss him. I wrap my arms around his neck, allowing my fingers to play in his sexy messed-up hair.

I wrap my legs firmly around Parker’s waist wanting him to push even deeper inside of me. 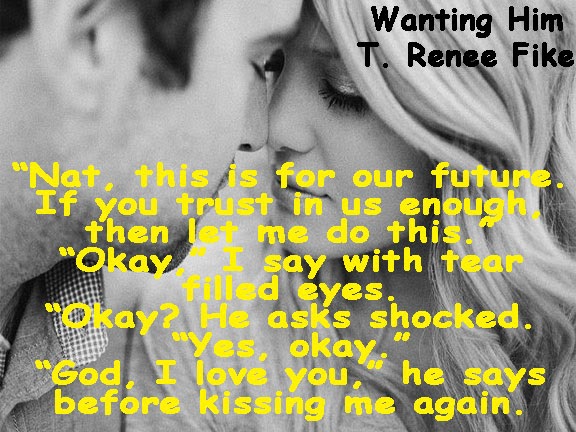 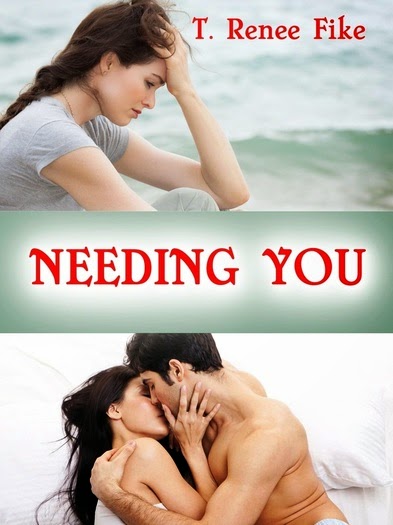 **This contains graphic sexual content and situations suitable for readers 18

Harper is an independent girl who’s never relied on anyone but herself. She does what she needs to get by and doesn't have time for friends let alone a boyfriend.

She’s determined to push people away, but there’s one person who’s eager to get to know her.

Tuck is a sexy bad boy who doesn't do relationships and makes no apologies for his own actions. He sets his eyes on the strong, independent Harper and will not take no for an answer.

Will Tuck be able to change his bad boy ways to show Harper who he really is? Does he want to or does he only want her as another notch on his bedpost?

Both Harper and Tuck have secrets that they’d rather hide and forget but secrets always have a way of coming out.

Will Tuck and Harper be able to deal with their personal demons or will it rip them further apart? Will everything Harper worked so hard for crumble to the ground or will she realize that needing you is all she has ever really needed?

The first book was Needing You. I would recommend reading them in order.

It was about Tucker and Harper. Both of these characters have secrets and regrets. They both have trust issues as well.

Harper leaves home unannounced and changes her name in the hopes of leaving her life of horror behind. She has been through so much and is scarred because of it.

She gets a job, a place to stay, and a scholarship to school all on her own. She is a strong and independent woman. She is also haunted by her past and relives it through nightmares way too often.

Tucker is a man whore who has been hurt and has done his share of hurting people that he cared about. Everyone says that he is bad news.

Harper is out running one day, and Tucker runs into her. He tries to charm her and she blows him off. That only makes him want to pursue her more.

These two begin a friendship that somewhat reminded me of Beautiful Disaster by Jamie McGuire.

All of the main characters were likable and I couldn't help but cheer them on.

There were some situations mentioned in the book that may be upsetting. However, rest assured that they were well written and not described in great detail.

There were some steamy scenes but nothing too outlandish and they mostly came toward the end.

I really liked it and was excited to have book two at my disposal to read right away. Book two is Wanting Him. It is Natalie and Parker's story.

As with book one, the characters are awesome. They are relatable, likable, and it is just impossible not to love them. I was happy to see Harper and Tucker again too!

Parker is a singer in a band. His dream has always been to make it big. Now he will have his chance!

Natalie is another strong character who has been dealt some blows. She is raising her younger sister. She and Parker have been together for a short time and now he is leaving to go on tour.

There are some twists and turns, drama, romance, sweet and sexy comments, steamy scenes, and wonderful characters in these books.

If you like romance or great characters, you should get these books! They are reasonably priced and the stories are terrific! Oh and the covers are wonderful too! ;-)

I received ARCs of both books from the author in exchange for my honest opinion. Honestly, I had never heard of T. Renee Fike before coming across her book being mentioned on Facebook. It sounded good so I signed up to review it. I am very thankful that I did. She will be on my list of authors who I stalk for new books. I liked her writing style, characters, and the plots in general. I found both books to be engaging, endearing, and all around awesome!