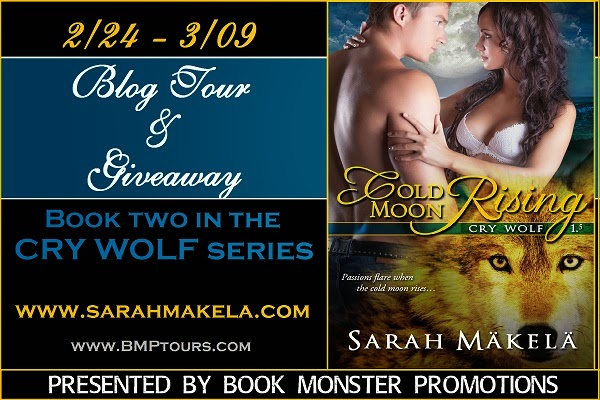 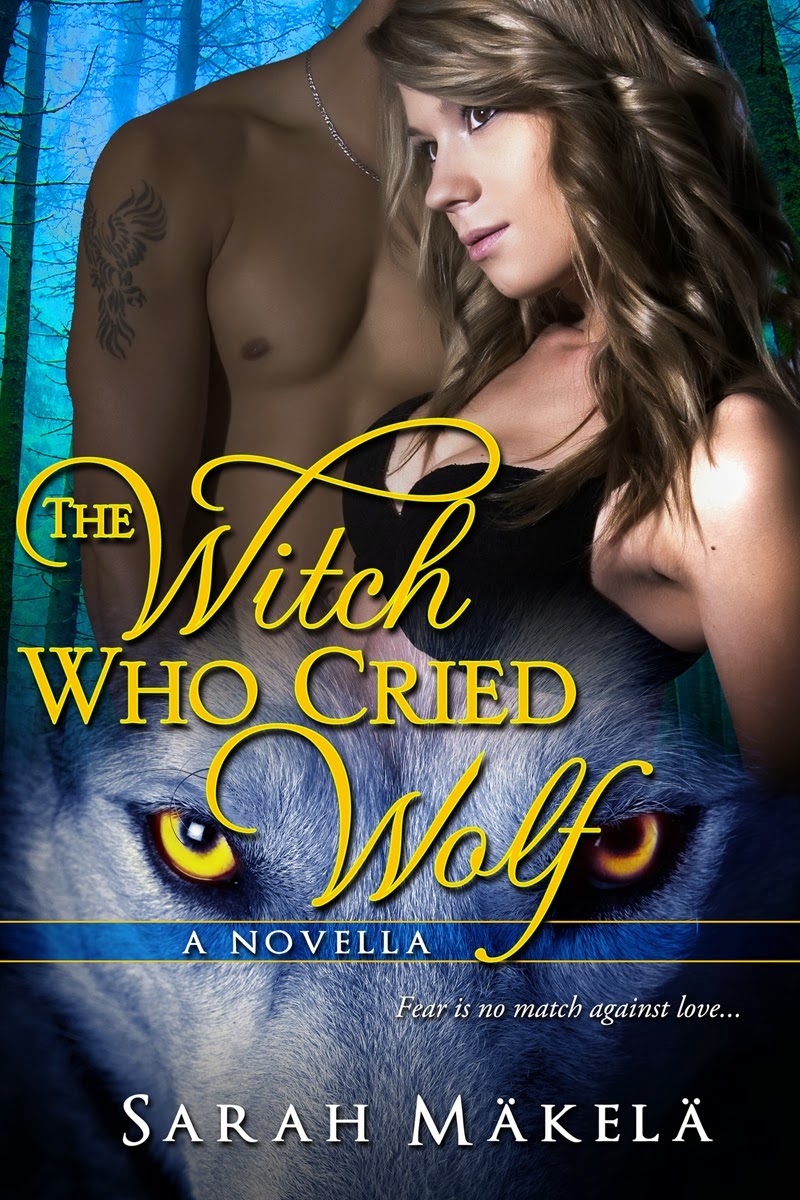 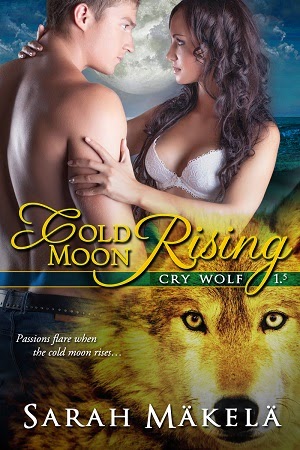 
Kelly: a normal college girl, who knows what she wants—to survive her final exams, and find someone to share her life with.  Studying with Jacob is becoming too hot to handle; she’s falling for him, but he’s going too fast…


Jacob: a not-so-typical frat guy, who hides a secret—he’s a werewolf. Whenever the moon is high, he’s driven to shed his human form and satisfy his powerful desires. He craves Kelly, but she’s pushing him away…


Fallout: Jacob can smell Kelly’s arousal, but she insists she doesn’t want sex. A wolf can only take so much before his natural instincts win out. When the tension between them explodes, Jacob has no choice but to walk…


Kidnapped! Kelly is abducted by evil scientists who’ve mistaken her for a female werecat and, despite their differences, Jacob has to try and find her. But it’s a race against time and the lunar tides. The scientists have taken Kelly to their lab and turned her into a shapeshifter for real. The full moon is rising, and soon neither Kelly nor Jacob will be able to control their inner beasts. Who knows what the consequences will be when they are consumed by unquenchable animal lust…


With Jacob this close, it took every ounce of focus to keep my thoughts on the impending exam. More than once, I caught myself staring at his lips wondering how soft they’d be as they kissed my skin. I only hoped he didn’t notice my glances that might make things highly embarrassing.


The fresh scent of my clean sheets ever so slightly mixed with his musky, warm aroma that fascinated me to no end. The way his hair moved when he turned his head in my direction caught my attention. His presence in the apartment made life seem more bearable, from the studying to the incredibly noisy neighbor who thought everyone wanted to hear his heavy metal albums all throughout the night.


“Think you’re up for a break, Kelly?” He shut his textbook with a loud clap and quirked his lips to one side. “We’ve been going at it for a while now.”


My notecards toppled from my hands, and I jerked back, caught off-guard by his words. “Uh, yeah...” If we’d really been ‘going at it,’ I would’ve refused to take a break. Stop thinking about him like that. “Yes, that sounds good. Want something else to drink? Maybe a coffee or Coke?”


The amused twinkle in his emerald green eyes melted my insides. Maybe studying on my bed hadn’t been the best idea. However, the dinette set would barely be enough room for one of our textbooks, let alone...


“Water.” Jacob leaned over me, brushing his palm over my exposed knee as he reached for the fallen study cards. “It’s kind of hot in here, isn’t it?”


He had to be kidding me. With him this close, it was like a sauna in here. I wanted to touch him, show him that all of this flirting was more than I could handle. My heart pounded in my ears. If I didn’t do something to him soon, I might explode.


As if on cue, he turned to face me. Our lips were barely inches apart, and I saw flecks of gold in his green eyes. Seconds ticked by. Was he going to make a move? I didn’t have the strength to sit by and not take this chance. Not if it meant this brief encounter would pass by forgotten.


I leaned into him. The moment our lips touched, a spark of lust... desire... chemistry burned its way inside me. One brush of lips wasn’t nearly enough. My body thirsted for more kisses.


Jacob froze in place, and I wondered for a split second if what I felt was only me. Maybe the flirting had been meaningless to him. He pulled me up so we stood beside my bed. His messy blond hair brushed across his forehead, and I ran my hand through his hair, savoring the softness.


He held me ever closer, his lips caressing mine. The kiss was gentle, careful as if afraid to take things too fast. This moment was heaven.


My arms circled his neck of their own volition, and I trailed my hands down Jacob’s back. The hard muscles flexing beneath my fingertips sent heat coursing through me. This so wasn’t a good use of our study time, especially now that final exams were on top of us, but I really didn’t care.


He’d been the only stable thing in my life since I’d come to college last September. We had three classes together that first semester, which was kind of crazy, but I didn’t mind. Ever since, we planned our courses together, as much as we could, at least.


Two of the three classes we had this semester were science and math, so I didn’t hesitate to take him up on study sessions. Fortunately, the last was English, my forte.


Jacob nibbled on my ear lobe, and tingles of pleasure blanketed my body. “Your skin is so soft, Kelly.” He slid his hands along the hem of my skirt stroking the backs of my thighs, the intensity of his touch growing less controlled by the second. His palm brushed against my backside.


If this kept up, we’d hit the point of no return. The simple kiss had gone far beyond what I’d anticipated. While I really enjoyed making out with Jacob, I wasn’t ready for sex with him. Intimacy shouldn’t be rushed. I wanted to wait for the right one, for a committed relationship. One-night stands weren’t in my vocabulary.


Besides, why give something away too fast? Most guys moved on after sex, right? Not that I suspected Jacob was that way. Besides, I counted on him studying with me. Without his help, my chances of doing well on finals for College Algebra and Physics were slim to none.


He slid his hands higher as his tongue slipped down the length of my neck, making my insides weak along with my self-restraint. A moan rasped from my throat, and for a moment, I wasn’t sure that had been my voice.


Could going to bed with him be that bad? 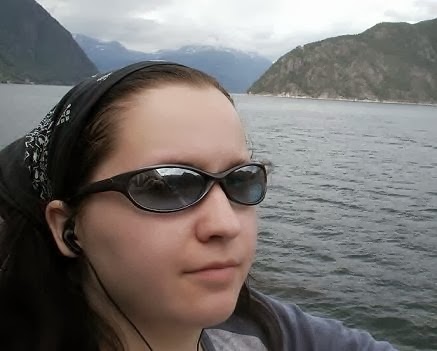 
A life-long paranormal fan, she still sleeps with a night-light. In her spare time, she reads sexy books, watches scary movies (and Ghost Adventures), and plays computer games with her husband. When she gets the chance, she loves traveling the world too.

This was another really quick book. There are only 60 pages but there is a lot of story between them.

Kelly is a human who has been unknowingly spending time with with a werewolf named Jacob.

Jacob wants Kelly in the most primitive of ways but she is a bit put off by his advances. She has no way of knowing that he has been holding himself back majorly. The two have a blow out.

There is a case of mistaken identity and Kelly gets kidnapped by mad scientists.

Luckily for her, Jacob realizes her dilemma and plans to rescue her. =-)

There is danger, suspense, action (the physical fighting kind), some steamy action, and shifters.

I liked the first book. You can see my review here.

This book stands alone and there is no need to read them in order but they were both good books.

If you like weres or quickies (books I mean) then you should add this to your tbr list or just go ahead and read it now, it is a fast one! ;-)

I received an ecopy of this book in exchange for my honest opinion. I liked it a good bit and I am eager to see what comes next in this series. 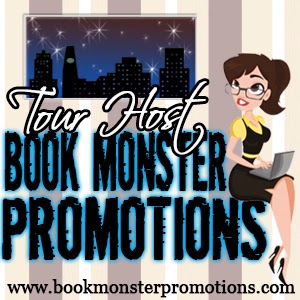