Elle Jefferson lives up in northern Arizona with her two beautiful sons, wonderful husband and her German Shepard Dorrie. When she's not reading or writing she's painting or enjoying the great outdoors.

She is currently working on her follow-up to At Death it Begins, In Death's Shadow, and hopes to have it released in early December.

I interviewed Elle and this is what she wanted to share:

What part of writing do you find the most challenging? For me personally the most challenging part is the beginning. Trying to figure out where the story starts? Woo talk about stressful, thank god for dark chocolate. The most enjoyable? Is when a reader contacts me and says they love it.

What do you hope people get out of reading your book? Fun! I hope they get an adventure without ever having to leave their living room.

What are you working on and when can we expect it to be out? I'm currently working on two books at the moment, the third and final installment of the At Death It Begins series (hope to have it out by October 31), and a southern novella for a box set I'm working on with the IRAC chicks that I'm very excited about.

In honor of St. Patty’s Day, how Irish are you? Will you be eating corned beef & cabbage, drinking green beer, wearing green, none of the above, or all of the above? First, I have zero Irish in me but my  friend's ex-boyfriend's best friend was a 1/3 Irish does that count? I hope so because nothing is going to stop me from eating corned beef and cabbage (its one of my favorite meals) and drinking at least one glass of green beer.

Do you prefer to go to the theater or wait for the DVD? All right are you ready, I'm going to tell you a secret, I'm a huge marvel/DC comics fan. I read a ton of comics as a kid, so whenever and I do mean whenever, there is a Batman, Superman, Ironman (even saw the Green Lantern-not that terrible) etc then it simply must be seen on the big screen. There isn't a better way to experience Chris Hemsworth or Henry Cavill. However, romantic comedies are a different story. I prefer to watch those at home on DVD so I can rewind and re-watch my favorite scenes.

What is a trait, characteristic, feature, quality, attribute, idiosyncrasy, mannerism, peculiarity, or quirk that is unique to you? Me? I don't have any quirks I'm perfectly normal ;)

What is your favorite or least favorite veggie and fruit? Is chocolate an option? LOL! I wish!

What types or genres of books do you like to read? I will read just about any genre, even horror (though that would be read during the day strictly with the lights on) if there is a romantic element in it. I am sucker for love. ;-) I am too!

What type of music do you listen to? I listen to everything but country, just can't handle hearing how tractors are sexy. My favorite music is techno. There I said it, is there a support group? I also had a room covered in NKOTB posters when I was young so sue me. If you don't know what NKOTB is or stands for then … *shakes head* nope can't even fathom someone not knowing what it stands for. Rest assured I know what NKOTB stands for. ~ No Knitting On The Bus, right? :P

What is your biggest weakness? See question 7

What is your favorite supernatural creature to read about? To write about? VAMPIRES of course (thanks Bram Stoker). Although I love a good witch story.

Thanks for taking the time to chat with me. You are a hoot! 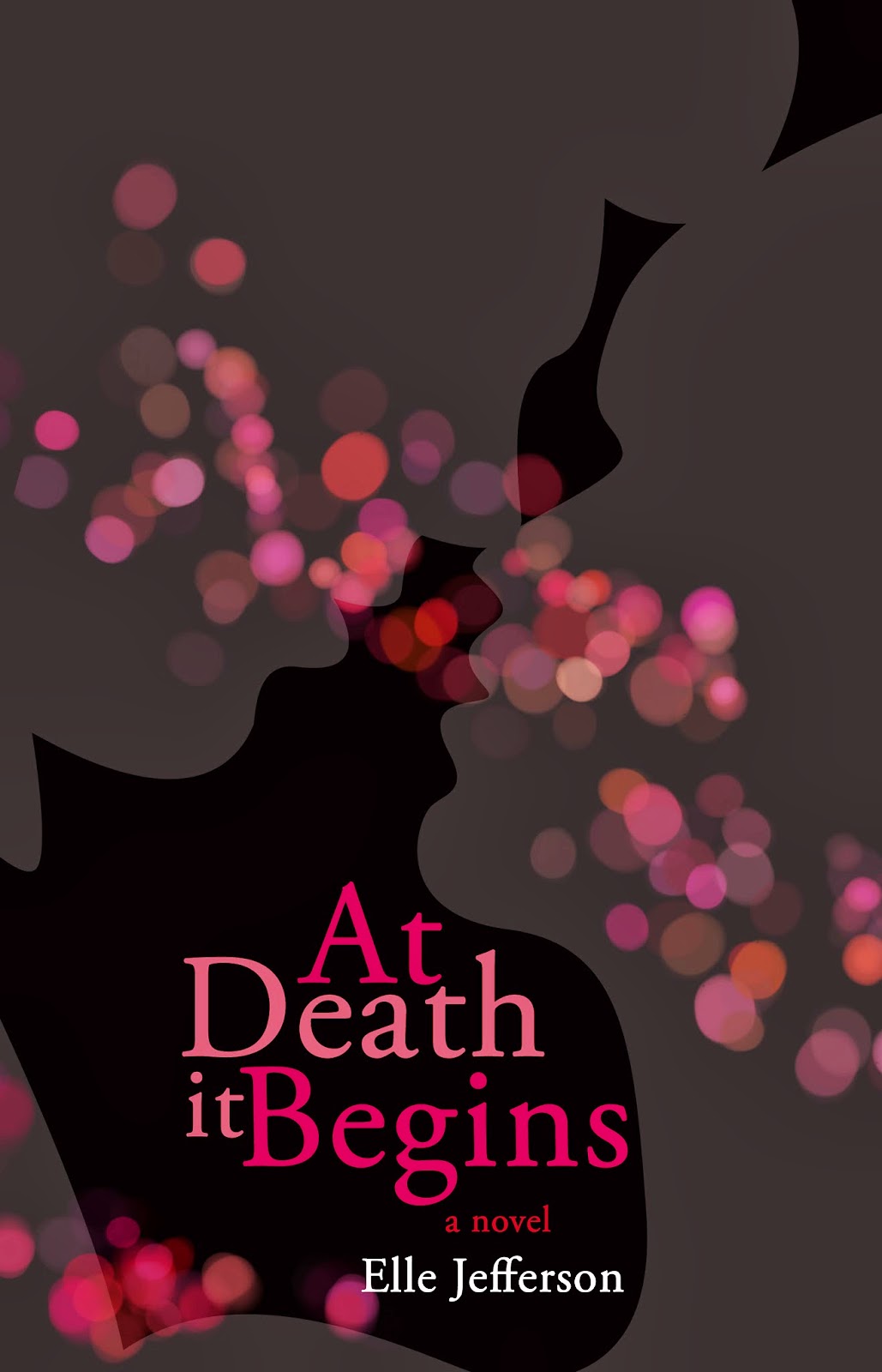 At Death It Begins

Lendyn Hughes' grandmother has kept a secret from her for over thirty-one years, who Lendyn's parents are. A devastating break-up following her grandmother's death leaves Lendyn alone, confused and determined to find answers. Armed with only a name Lendyn attempts to unfurl the branches of her family tree never guessing it would put her life in danger.

For over two hundred years Englishman Callum Scott lived a life surrounded by beauty. A life free from all those annoying human emotions. That is until the American showed up. Lendyn flipped his world upside down and put him in the worst sort of jeopardy. He's starting to feel things and a murderer can't afford to feel.


Excerpt:
My hand fumbled through the darkness reaching for Devin. I needed to feel him, know he was there. Something troubled me, but I couldn’t put a finger on what.


A morsel of his flesh beneath my fingers would pacify me. Assure me he was still there. I reached further until my fingers collided with the soft, peach under-flesh of his forearm. I ran a hand across his solid form pausing for a moment to trace a figure eight on the mound of muscle encompassing his shoulder. He had a body fit to be relished even in the troubling hour’s lack of sleep brought.


He purred for a moment before stretching an arm and rolling over to his stomach stifling his rhythmic snoring. I tucked the sheets over him and kissed his golden hair. It was a perfect evening; work failed to interrupt our plans which were a rarity. We went for a moonlit walk along Paradise Cove, an exclusive beach, you had to be a member of to stroll along. This meant no paparazzi to hassle us.


They were one of many drawbacks to dating a celebrity, but as I admired the contours of his body, there were benefits too. Though maybe tonight had been too perfect. That was silly thinking. We didn’t spend enough time alone for anything to be too perfect.


An eerie flash of red in my peripheral caught my attention. I sat up noticing for the first time the clock on the nightstand was flashing 11:41 over and over. One of the problems to living in an old hotel like the Beltmore … things tended to fizzle out all the time. Last month it was the air conditioning, before that, the hot water. Maybe Devin was right, and it was time to move out of this hotel and into an apartment. I shrugged, I’d debate that tomorrow.


I patted the nightstand for my cell; it wasn’t there. Then I remembered I dropped it on the dresser earlier this evening when Devin had pinned me there to deliver one of his toe curling kisses. Trying to keep quiet while navigating the dark became impossible when I stubbed my toe on one of Devin’s Sketchers and tripped headfirst into the dresser. My hand flew to my mouth muffling a scream that rushed to my lips. Devin stirred but didn’t wake.


Phew. The last thing I needed was to wake him. He was a bit of a grump and once he was awake, he’d have to leave. Work always came first.


Along the dresser, I felt the smooth outline of my phone. When the screen lit up the time was only 2:08 a.m. still early and plenty of time to crawl back into bed and snuggle up next to Devin. Halfway back to bed and my phone started vibrating. There were fourteen missed calls and one voicemail, all of which, came from one number—Emma. Now, I was a bit worried. It’d been a while since the last time I’d spoken with my best friend Emma.


Emma had this philosophy about calling once and not calling again until you called her back, hence my worry.


I dialed my voicemail, “Wednesday, 12:15 a.m—Lend, its Em call me as soon as you—BEEP.” Em was calling on the other line. Why was I so nervous to answer it?


Emma didn’t even get my name out before she broke into sobs. Maybe she and “Mister Perfect” broke up again.


“Hello,” I said a little louder, “you still there?” All I could hear was sniffling, maybe she accidentally pocket dialed me. I debated hanging up and calling her back when a familiar English accent came on the line—Mister Perfect. “Lendyn it’s Zach … I’m afraid I have bad news … there was an accident involving Gigi,” he paused to take a breath as I held mine, “I’m afraid she didn’t make it.”


The room began to spin, and gravity pulled at me. Was I dreaming? This had to be a dream.


Zach’s voice continued, but I didn’t hear anything except a loud buzzing as my legs gave out, and I collapsed to the floor. 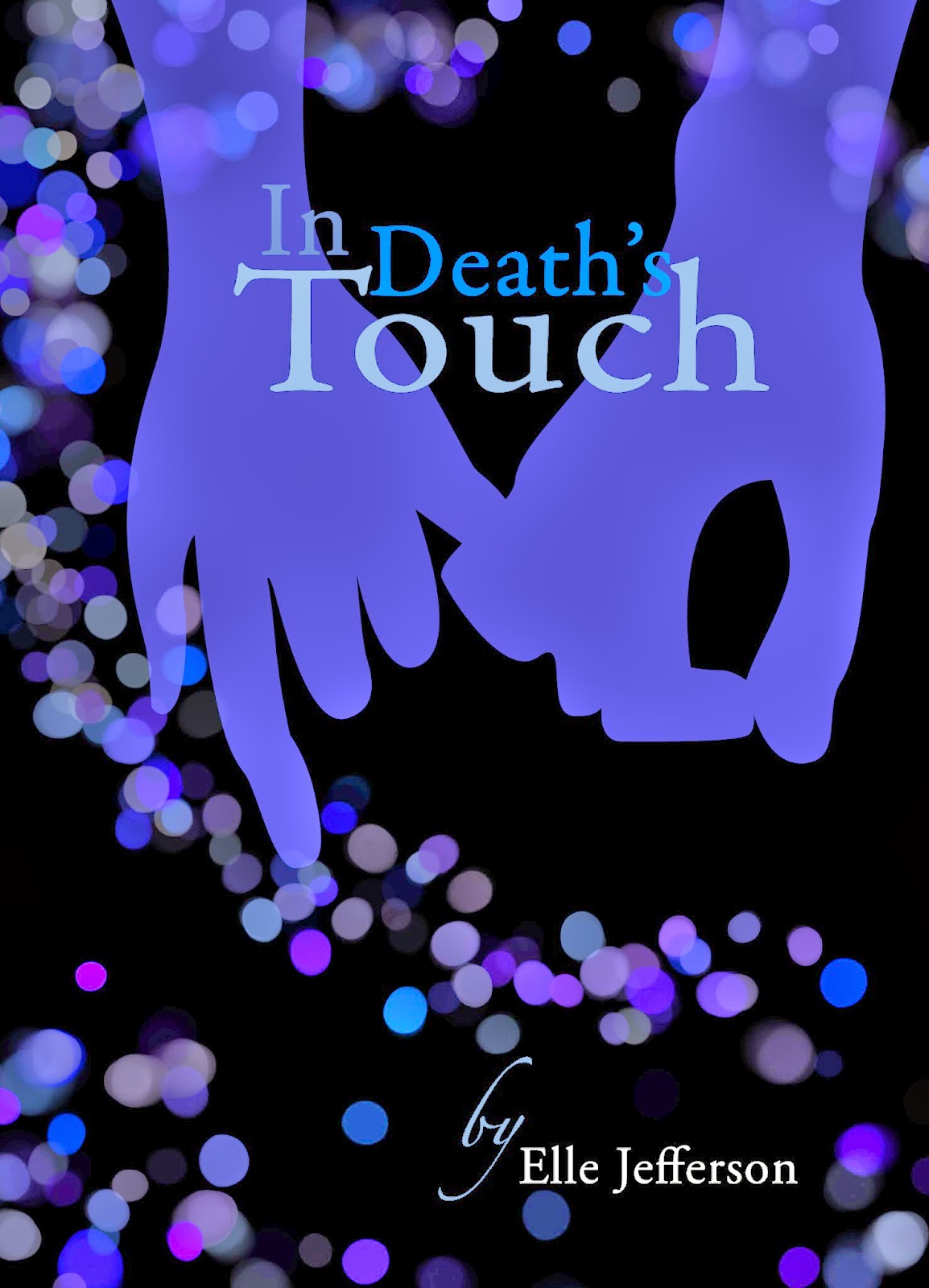 Lendyn Hughes had everything she wanted. A family that welcomed her with open arms and a man who loved her as-is. So what if they were all vampires, love picked you not the other way round. Besides she was half vampire herself.

One brief encounter. One wrong decision took it all away.

Now Lendyn is trying to remember what in the world she’s exactly doing in London, why she’s back with her ex, where she got the bruises covering her ribs from and who the taunting voice in her head is.

I’m sorry. Two words Callum never hated more. They were the two words he’d found on the Dear John note in Lendyn’s room. With one breath she declared her love and in the next breath she left him. Now his future looks bleak without Lendyn to color the way.

Prize pack 1-  e-books of Temp by Kelly Collins, Broken by K. Webster, Ignite by Tessa Teevan, The Hart Family box set by Ella Fox, Fade In by Mo Mabie, Blind Obsession by Ella Frank, and A is for Alpha by Laurel Curtis.

Prize pack 2- ebooks of A Window to Love & Reclining Nude in Chicago by Fifi Flowers, Push The Envelope and Hit the Wall by Rochelle Paige, Save Me From Myself by Stacey Mosteller, Annie of London by L.A. Rikand, Goodbye Caution by Jacquelyn Ayres and Infamous Ellen James by NA Alcorn.

Prize Pack 3- A signed paperback of At Death It Begins and a bag of book related swag (i.e. bracelet, pen, bookmark, 5$ GC to Amazon, notepad) Open to US Shipping

Prize Pack 4-A signed paperback of In Death's Touch and a bag of book related swag (i.e. pen, bookmark, 5 GC to Amazon, notepad) Open to US Shipping.

I want to read these! What about you? 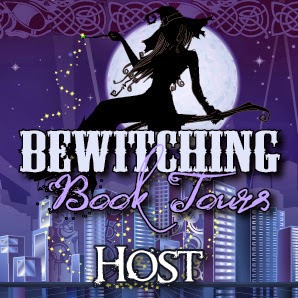