This book has been awarded a place on the Awesome Indies list of quality independent fiction.

Ripped from the safety of our world and thrust into a strange hidden realm on a quest to save her mother, Ariel aims to confront the Master Demon, but first she must defeat his bodyguard and reach the safe haven of Sheldra. She negotiates dangerous terrain and battles demons, spirits, rogue Magicians, giant water snakes and her own conflicting emotions.

Ariel wants to retain a clear focus on the task at hand so, despite Nick’s protests, she insists of a friends-only relationship with him. But the very thing she hoped would simplify her quest only complicates it with emotional, energetic and hormonal turmoil.

Despite Walnut’s continued guidance, Ariel finds herself constantly forced to rely on her own resources. Will she find the inner strength and wisdom she needs to defeat Amic and continue her journey? 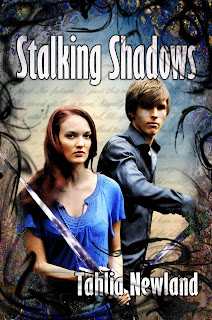 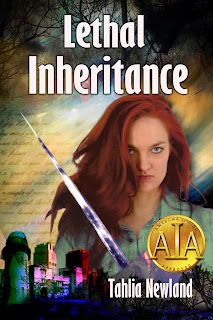 Lethal Inheritance, the first book in the exciting Diamond Peak Series, has been awarded the Awesome Indies Seal of Approval for excellence in fiction.

How do you kill a demon that feeds on fear?

You can't send police into a tunnel that doesn't exist after a villain they can't see, so when demons kidnap her mother, Ariel has to mount the rescue mission herself. Hot on the trail, she enters a hidden layer of reality only to find that the demons are hunting her, and they feed on fear. Ariel must defeat them before they kill her and enslave her mother.

A quirky old guide teaches her how to locate and unleash her inner power, and while battling hallucinogenic mist, treacherous terrain, murderous earth spirits and self-doubt, she falls in love with Nick, a Warrior whose power is more than either of them can handle.

Ariel's journey challenges her perception, tests her awareness and takes her deep into her heart and mind to confront, and ultimately transcend, her fear 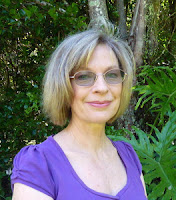 Two of her novels have received the Awesome Indies Seal of Approval for excellence in independent fiction and her young adult magical realism novel ‘You Can’t Shatter Me’ was awarded a B.R.A.G Medallion for an outstanding independent novel in 2013.

Tahlia has been writing full time since 2008. She is also a prolific reader and book reviewer. When not reading or writing you may find her being an extremely casual high school teacher or making decorative masks.

Tahlia is a bone-fide expatriate of the performing arts, with over 20 years experience in scripting and performing in Visual Theatre and Theater in Education. She has studied philosophy & meditation for many years, lives in an Australian rainforest and loves cats, but she doesn’t have one because they eat native birds.

I liked Lethal Inheritance and I was far from dissapointed with Stalking Shadows. :-) I didn't think it would be possible to improve on something that was already so good. However Stalking Shadows is even more intense and magical.

In this second book of the Diamond Peak series we find Ariel fighting her feelings for Nick while continuing on her journey to rescue her mother from Rasama the master demon. In addition to Nick she was also accompanied by Twitchet (a talking cat) who liked to tease them mercilessly. I really felt for Nick.

I can't even begin to describe all of the action you'll find in this highly imaginative journey. This is a fantastic depiction of a fight between good and evil. They face many trials and their story is not nearly over. I am eager to see what happens next!

I would recommend this to anyone looking for an awesome adventure. I would suggest reading Lethal Inheritance first though!

I received an ecopy of this book in exchange for my honest opinion. Honestly? It was awesome!


You can purchase Run a prequel to Lethal Inheritance for Free everywhere!


What would you do if you had a talking cat that harassed you?