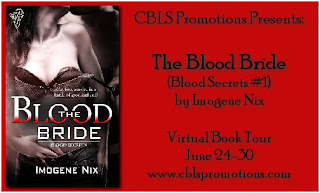 Hope just wants to be an ordinary nestling. She went to college and escaped, but now she’s back and there’s a secret everyone is keeping from her.

Xavier is the new master of the nest, ready to welcome home the daughter of the house who he has never met. He’s unprepared for the woman who steals his breath and enchants him.

Now Hope and Xavier must fight for lives and those of the innocents. After all, it is only by overcoming the rogues that they will have a chance of a timeless future together. But will it be in time?

Warning: This title is intended for readers over the age of 18 as it contains adult sexual situations and/or adult language, and may be considered offensive to some readers. 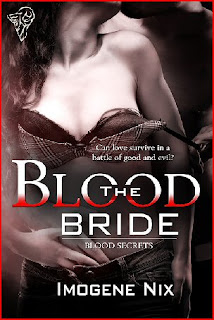 Hope hauled the last heavy box up the stairs of the manor house, occasionally catching glimpses of the way her midnight black hair shone in the sunlight, when she passed the window in the living room of her apartment. "Thank heavens this is the last one," she muttered to herself, sliding the box down to rest on the floor, before straightening and rubbing the nagging ache in her back. She could have had help, all she needed to do was ask, but now that she was an adult she needed to stand on her own two feet, she reminded herself.

Straightening up, she looked around at the mass of boxes waiting for her to delve into. "Well, gone away and back again. Where do I start first?"

The phone trilled and she started for an instant, before extending her hand to the receiver on the shelf beside her. "Hope."

"Miss Hope, do you require any help? Lisi is wondering if you require her assistance." The muffled voice of one of her guardians flowed out of the earpiece. She had forgotten that living at the manor meant the goldfish bowl lifestyle she had tried her best to escape at college. Not that she’d had much opportunity to live a free lifestyle. She’d been lodged with a guardian family within the college grounds. Even then, her personal team of five guards had shadowed her every move—to classes, shopping and even to the hairdresser’s.

They hadn’t escaped her notice, the looks some of her classmates had thrown her way. Longing for the lifestyle they’d thought she enjoyed. Little did they know, Hope would happily have swapped, a lot of the time. Downtime had existed within a carefully vetted group of companions, each from houses of similar status. The cloying atmosphere she hated, but, nonetheless, she had submitted to her parents’ will. Only a few times had she sought to do activities that they would have deemed inappropriate, but her conscience had always kicked in, and she had derived no enjoyment from the guilty feelings that had overcome her.

"No thanks, Jeffrey. I have all the boxes up here and I am going to take my time going through everything." How could she explain that she needed a freedom that had been denied? That this small and almost insignificant rebellion was one she embraced? But she couldn’t. It wasn’t fair to Jeffrey to share that.

"Fine, Miss Hope. Oh, and I am supposed to remind you, the new Master has requested your presence in his library after sundown."

She nodded, knowing it was expected that she would take her oath of fealty. "Oh. Right. I’ll be down for sunset." She laid down the receiver. It’s one thing to owe your continued safety to a vampire nest Master, but quite another to be at his beck and call all the time, just as her parents had been. Her temper spiked momentarily. The emotion coiled through her then she shuddered, pushing away the negative thought, while absently reaching for the boxes she needed to stack, store or unpack. The rough exterior of some of them brushed against her hands. For now, she had time. Lots of time.

Ripping the tape off the first box, she then started to root through it, unwrapping reminders of her slightly more free college life, formulating arguments to put to her parents, knowing that the dice were stacked against her. Her life had been mapped out since her birth, but perhaps she could find a way around some of the roadblocks. At least she hoped so. With that thought, she set to work.

He stretched in the bed, feeling the cool sheets around his body, savouring the experience of knowing he could rise when he wanted to. Luxuriating as he came to full awareness of his surroundings. His bed. His home. His nest. A feeling of exultation swept through him. One he had experienced several times in the last six months since he had become Master.

Xavier had only recently been transferred to this nest, after Cyrus had been called to ascend to a seat on the Council with his predecessor Cressida, the most senior of the vampires on the Council.

A new Master had been required for the nest, a situation arising from the ascension of Cressida who had saved the child Hope from the rogues. The death of another of the Council meant that Cyrus had answered a call to accept a seat. It was an almost unheard of event for a nest to have two new Masters in under a hundred years, but Xavier had accepted his unexpected promotion. Not that he would take it for granted—no, he worked beside his vampires as required, so they knew he would ensure their safety while they ensured his.

The household he had taken over was well run, and he had no fears for the financial status, even though they had lost the manor and many assets during the dark days of clearing the rogues who had attacked the house. Indeed, he had been with Cyrus the night he had ascended and had seen the great strides Cyrus had made during his Mastership.

He swiped a hand over his stubbled face and a voice to his left said quietly, "Master, refreshments for you." A crystal goblet appeared in a white hand at the edge of his vision. He accepted it with a grunt, the ruby red liquid inside calling to him on a primal level. Blood wine. Sustenance that would ease the clawing hunger he always felt on awakening.

His teeth extended and his mouth opened. The first drop touched his tongue and a frisson moved through him, the ecstasy of drinking flowing into his body. He took his time, savouring the flavours.

Tart aftertaste. The wine, the only human sustenance he could now enjoy. Food was relegated to a memory of things long past.

He closed his eyes as the last drop flowed, and breathed deep. Yes, a Master could very quickly become accustomed to this lifestyle, but not now and not today. He needed to meet this Hope, the one who had turned their entire world upside down. James had told him little about his daughter, save that she would need to remain within the house, protected from the world. That someday she would assume the mantle of leading the house from within, while her brother oversaw the legal and financial affairs of the nest.

He pushed the bed covers away, unconcerned about nudity as he padded to the bathroom. He might be a vampire, but he still bathed and shaved, a thought that made him chuckle. Even after all these years, when vampires had made their entry into the human world, humans outside nests thought vampires had no need for those daily rituals.

He moved through his ablutions. She would be waiting for him, but he would present himself to her in his most urbane incarnation. She would take her oath of fealty, then he would meet with his advisers, James and David leading the human contingent. 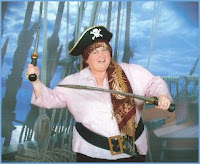 A mother of two, compulsive reader and bookstore owner. She lives in regional Queensland, Australia with her husband, 2 daughters, dog, cats and prize winning chooks. She has a particular fondness for Vampires, Star Ship Captains and things that go bump in the night.

She is also a firm believer in writing what you enjoy… something she strictly adheres to!


Here is a link to the Tour Schedule.

I enjoyed this vampire story. It was quick, hot, full of surprises and meant for adults only. ;-)

There was action, a huge secret, mean family members, a hot master vampire, romance, and plenty of sizzle too.

Hope struggles with the need to be free. She was raised to be part of a vampire nest and is just now coming home from college. There is a new master vampire that she hasn't met yet.

Her parents are acting strange. They are being cruel and uncaring and she doesn't know why. Hope also doesn't understand the desire she feels towards Master Xavier. She's been raised to know her place and under the Master isn't it.

Their nest comes under attack and Hope soon comes to find out that she is the reason.

After this attack, other things come to light and they try to get ready for the next attack. Hope and Xavier become close and it seems that they may not have much time together.

I recommend The Blood Bride to those of you who like vamps, or are looking for a quick, hot, sizzling read.

I received an ecopy of this book in exchange for my honest opinion. I really enjoyed this book and I look forward to continuing with this series. 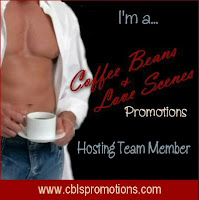 Thank you for commenting! Don't forget to enter the Comment Incentive Giveaway. The link can be found at the top of the page!
Posted by Brenda Demko at 1:30 AM