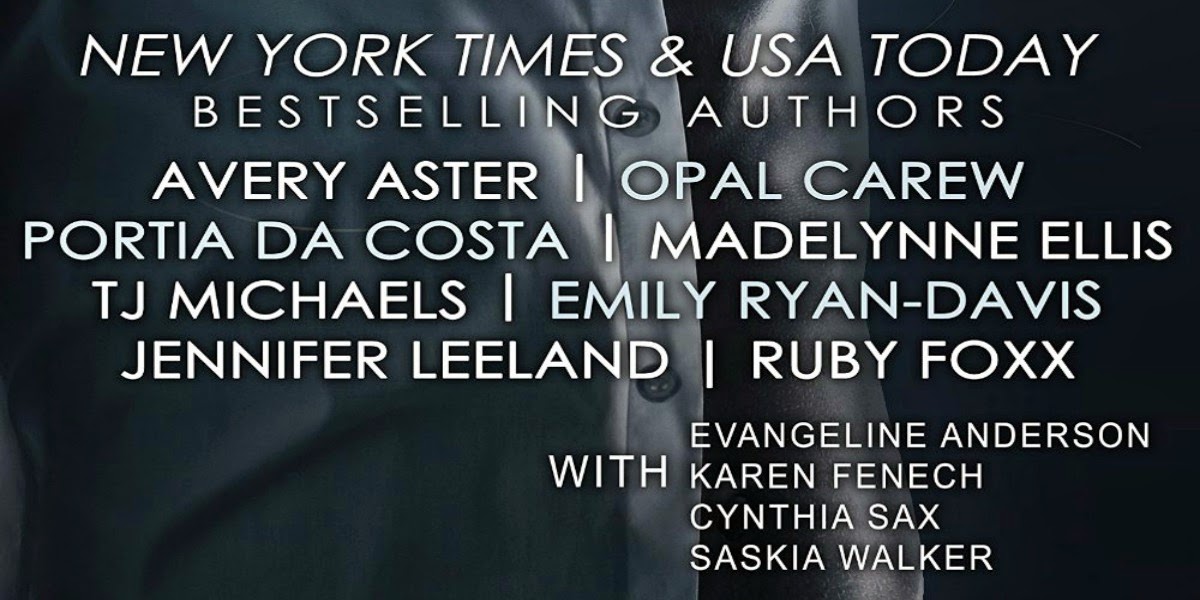 On the heels of the wildly popular New York Times and USA Today bestseller, MASTERED, we bring you MASTERED 2, ten more tales of sensual surrender, plus a bonus short story! 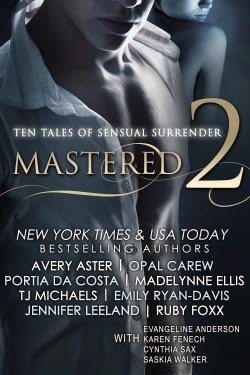 Now I'm waking up in Diego's bed and Miguel keeps staring at me from across the room. I've wanted to get into these dudes' pants since the first day of class. But Diego told me he likes to be tied up and--wait for it--spanked. WTF! The news on TV reports that last night we all got roofied. And Vive just texted me saying that someone is out to kill her. Could this semester get any more bizarre? --Blake Morgan, college freshman, gay best friend, virgin

Jacqueline Bell desperately wants to help her sister out of a jam. But to do that, she has to find a way to talk to billionaire entrepreneur Race Danner, and have him drop the charges against her brother-in-law. She discovers he holds an exclusive poker game once a week and finds a way in.

Race Danner is bored with his life, despite his wealth and extreme hobbies. He doesn’t know exactly what he’s looking for, but he’ll know it when he sees it. When Jacqueline Bell walks into his life, he knows she’s it. She wants something from him. And he wants her. A combination made in heaven. In a delicious game of cat and mouse, he will leverage his advantage to lure her into his game. And he fully intends to win.

Warning: This story has Domination, submission, bondage, punishment, and a lot of other fun things, plus explicit, wild sexual encounters. After all, if you’re going to play, play hard! ;)

Her Secret by Portia Da Costa- Her Secret by NYT/USA Today Bestselling Author Portia Da Costa: Lover from her past…Jamie Lennox is the first man that Susannah ever loved, but now he’s different, dangerous and more devastatingly attractive than ever before. Their reunion is passionate and perverse, a thrilling exchange of power and pleasure. Can this lover from Susannah’s past become the master of her future?

Luscious by TJ Michaels- MacKenzie Ivers is a strong personality who submits to one man--her husband, Landon. After ten years of marriage, a nasty divorce, followed by a sweet reconciliation, Mac wants nothing more than for her husband to stop punishing himself for his part in the former "crazy". It’s going to require some conniving and some rope...miles and miles of rope. Luckily, Twilight Teahouse has everything she needs to get this particular rigger back in the saddle.

His Touch by Karen Fenech- After her life is shattered by her Dom, can Corinne trust another man with her submission and her heart? -- HIS TOUCH by USA Today Bestselling Author Karen Fenech

The Buyer by Saskia Walker- The Buyer by Award Winning Author Saskia Walker: When Naomi Kildare meets masterful Lucas Eaglestone a passionate affair sidelines her business and changes her life forever. Lucas asks her to surrender herself to him, totally, and at his hands she experiences sexual pleasures beyond her wildest dreams. A wild weekend with a dominant master proves Naomi's true nature, but will it also prove that business and pleasure don't mix?

As with most of the anthologies that I have read, these stories have a similar theme in that they are all HOT! They vary in length with some being a little longer than others.

There were a few that weren't my favorites by I won't taint your opinion by telling you which ones. I will say that even with the stories that I liked the least, this set is a bargain.

XO, Blake by Avery Aster, Played By the Master by Opal Carew and One Night With My Billionaire Master by Cynthia Sax were my favorites from this collection.

Played By The Master was a decent length. It was the story that I started with. I enjoyed it a great deal and I was happy that the book began with it. It was hot, sensuous, a tad suspenseful, and playful. ;-)

As I already stated, you really can't go wrong with any of these stories for the price. If you like them hot and pretty quick, you should grab this while you can.

I received an ecopy of the collection in exchange for my honest opinion. This was Hot stuff!