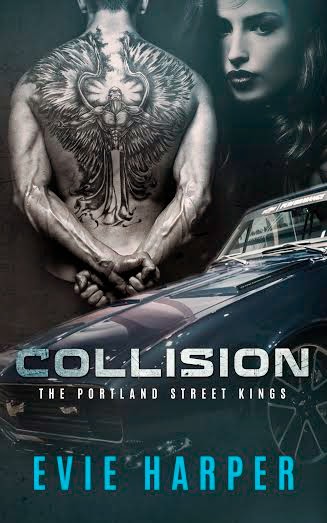 “What if I already have, brotha? What if she’s already dead?” Rex’s grin is devilish, one I know all too well. He got to her.


I push off him, hard, causing Rex to slump to the ground roughly. My chest explodes and my whole world falls apart. I look around me at the people staring, at the dust in the air, at the cars in the distance.


I grab for my chest at the exact moment I know my heart plummets to my stomach, as if I thought I could catch it first.


My mind is screaming at me to get to Piper to try to save her, but my panic is holding me back. Laughing at me, taunting me, reminding me that I actually thought I could let her go when really I can’t even bear the thought of living in a world where she doesn’t exist.


In a blur, I hear Pace yelling that the home phone isn’t connecting. I look to see Rex on the ground, laughing, almost cackling.


In a split second, the harsh world comes back into focus and I see everything for what it is: a world where I never win, where I’ll always be the underdog.


I look to Rex and growl, "I told you why I did it! Why your father had to die. He was a rapist, and he deserved to die. Now you've gone after my girl? I can't let you walk away from this." I look down to him with what I'm sure are black eyes, murder running through my veins. I feel it pumping through my blood like worms sucking me dry. "If you’ve gone after her, if she’s hurt, you better run," I growl. "You better run fucking fast, because I'm coming for you. I'm coming for you and your whole fucking crew. By the end of the day, I'm gonna to be washing your blood from my body and laughing. Laughing because your daddy still controls you even after his death. You won't take off your fucking rose-colored glasses and see him for what he was, a fucking sadistic asshole!" I end on a roar. 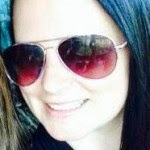 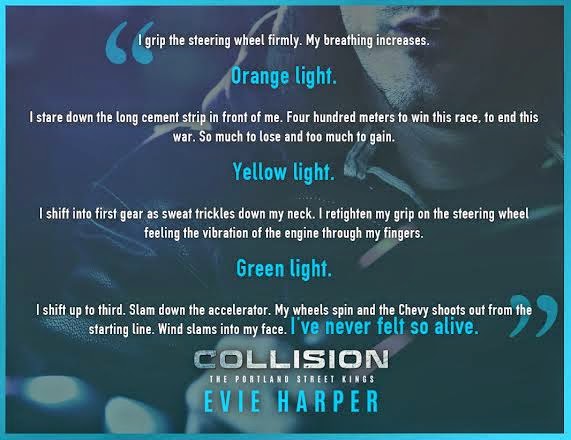 What a beginning to a series! Whew! This book reminds me of Fast and Furious and then some.

The characters were compelling and interesting but not always likable.

Slater is the leader and he has had it rough. He isn't a bad person but has to make decisions and do things that will protect his family.

Piper has a speech problem and was shy upon my first glimpse of her character. As the story went on, her character grew. She was smart, fierce, loyal and more. I had a hard time understanding what she saw in Slater that she would allow some of the things that happened. Then again they say that love is blind.

There were quite a few surprises, plenty of action, some rough talk, dirty talk, sexy scenes, cars, tough guys, drama, and some things that will have your emotions doing a fox trot.

I was engrossed in the story and I can't wait to read the next book. I received an ecopy in exchange for my opinion. I thought it was a pulse revving read that was over too fast.