Four Contemporary Romances from Kensington with reviews of two! 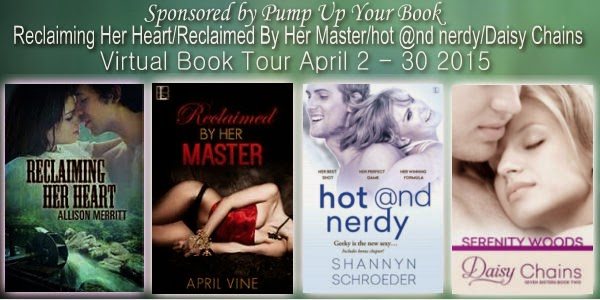 When a broken heart heals, love can grow stronger…
Ben Darling is infuriating, arrogant, and though he may look like every woman’s dream, he’s no better than a common thief for stealing Paralee Blake’s childhood home. She stopped trusting Ben the moment he broke her heart, and now nothing and no one is going to sway her opinion of him. Not her father’s defense of Ben, not his mother’s matchmaking attempts—and certainly not the way his kisses make her heart pound.
Paralee is infuriating, short-sighted, and too stubborn to see Ben only wants one thing since his return to Wilson township—her happiness. He never intended to hurt her when he left on a personal mission to right a wrong. The trouble is, there’s no walking back into Paralee’s life. From the moment he sees her again, it’s clear it’s going to take far more than his usual charm to reclaim her heart…

Reclaiming Her Heart is available at Amazon. 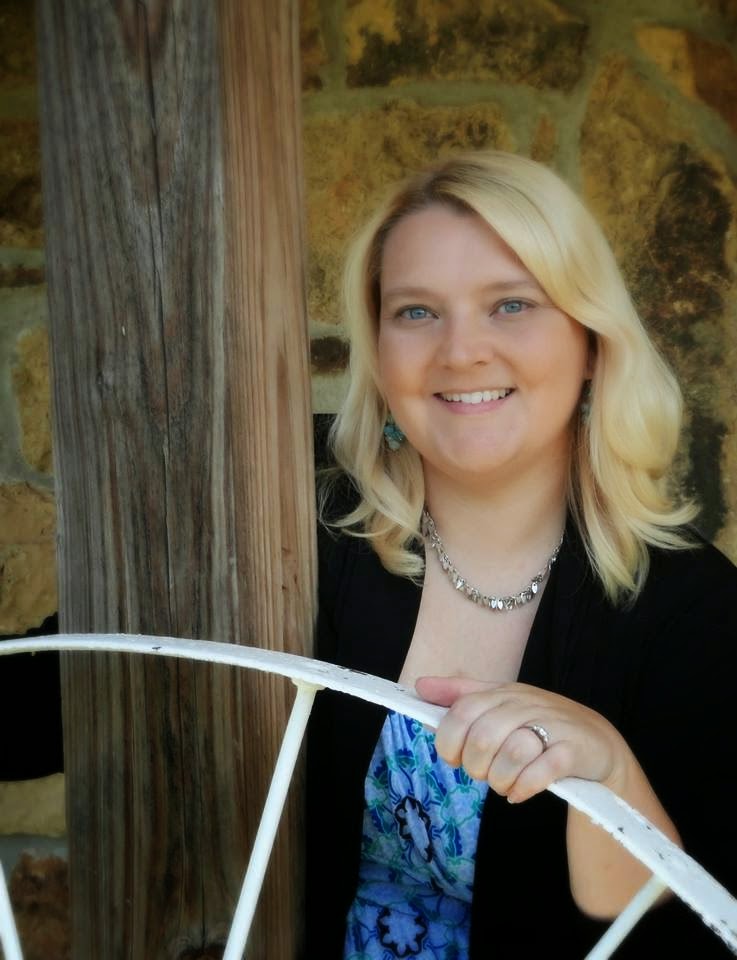 A love of reading inspired Allison Merritt to pursue her dream of becoming an author who writes historical, paranormal and fantasy romances, often combining the sub-genres. She lives in a small town in the Ozark Mountains with her husband and dogs. When she’s not writing or reading, she hikes in national parks and conservation areas.


Allison graduated from College of the Ozarks in Point Lookout, Missouri with a B.A. in mass communications that’s gathering dust after it was determined that she’s better at writing fluff than hard news.

Title: Reclaimed By Her Master

It is available at Amazon.

He’ll catch her in the act—and never let her go.


No one breaches the defenses of billionaire Dom Stephen Black—until Aria Swift does just that, stealing a priceless painting from his collection—along with his heart. But two can play that game, and soon a treasured necklace that belonged to Aria’s late mother ends up in Stephen’s skilled, waiting hands—along with a dare to retrieve it…


Eight years later, Aria is ready to put closure on her infamous past by meeting Stephen’s challenge. And suddenly, she’s caught in his trap…


There’s only one way to master a woman like Aria—and only one place to do it. Stephen’s luxuriously decadent Gold Room is where he’ll mete out her punishment, stroke by excruciatingly ecstatic stroke. Where Aria will submit to his every desire—and find in his touch, in his control, a frenzied yearning, and the ultimate pleasure of surrender… 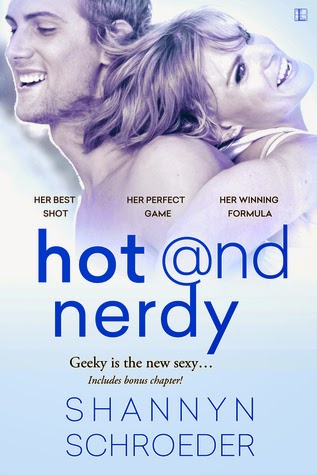 With college graduation looming, three childhood friends vow to make spring break their last blast of pure fun in the sun. But some of their hottest life lessons are yet to come…

Layla Sharpe is definitely more math ninja than bikini babe. But she’s finally ready let loose over spring break—until her car breaks down, leaving her stranded in Georgia with a mouthwateringly hot pool shark. Layla knows enough about angles to learn the game, but when he offers her a place to stay, she wants him to appreciate her curves…

Charlie Castle is an expert archer and a fierce warrior—in her favorite video game, anyway. Now she’s entering a “hackfest” over spring break, where she also hopes to meet the sweet gamer who’s been flirting with her online. Instead, she runs into Jonah, the hot guy who walked away years ago. Charlie can’t fight the desire that comes rushing back, and the feeling is more mutual than she suspects…

Chemistry major Felicity Stone knows everything about how chemicals interact, but when it comes to social interaction, she needs schooling. Abandoned by her friends, Felicity is faced with spending spring break alone—unless she accepts a gorgeous stranger’s invitation to pose as his girlfriend at a family wedding. Not one to turn down a research opportunity, Felicity never expected such breathtaking results—ones that could last a lifetime… 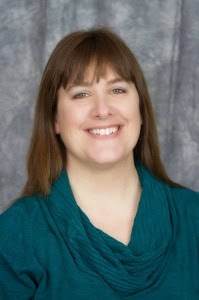 Shannyn is a former English teacher, who now works as a part-time editor while raising her three kids.


Even though she wrote from high school through college (mostly poetry), she’d never considered a career as an author. Writing fell by the wayside as she focused her energy on creating lesson plans and new and fabulous ways to torment her teen students. One group in particular dubbed her “The Torture Master,” a title she carried into motherhood.

After the birth of baby number two, Shannyn resigned from teaching and fell in love with reading romance novels. She read so many books so quickly that her husband teased, “If you’re going to read so many damn books, why don’t you just write one?” So she did.

That first book is safely buried on her hard drive, but the process set Shannyn on the path to where she is today—agented with a debut ebook coming out with Kensington in late 2012.

She is recovering from her Diet Coke addiction, fears putting her foot in her mouth on social media, and has a renewed appreciation for the bad girls of the world.

Shannyn is represented by Frances Black and Jennifer Mishler of Literary Counsel. 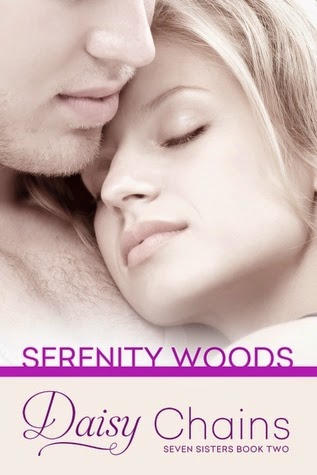 Chase Jackson turned every one of Daisy Summers’ sexual fantasies into scorching reality. But it wasn’t enough. Daisy needed a lover who provided more than just amazing sex. That he turned out to be tall, dark and wealthy didn’t hurt. Problem is, her “perfect” man is now the perfect liar. When his secrets leave Daisy lonely and betrayed, she has nobody to turn to…except Chase.
Letting Daisy walk away was one of Chase’s biggest mistakes. Now that she’s back in his life—and in his arms—he’s bent on keeping her there. But his past and her present are two shapes that don’t fit…yet. Caught up in a triangle, Daisy’s forced to choose between two men who’ve broken her trust before. Only now Chase is determined to prove he’s changed his ways—and the one thing that hasn’t changed is his love for her. 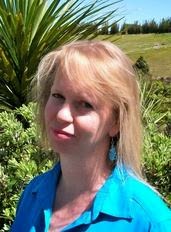 Serenity Woods lives in the sub-tropical Northland of New Zealand with her wonderful husband and gorgeous teenage son. She writes hot and sultry contemporary romances. She would much rather immerse herself in reading or writing romance than do the dusting and ironing, which is why it’s not a great idea to pop round if you have any allergies.

First let me talk about Daisy Chains. The cover seemed so sweet that it compelled me to request this one to review.

It was a decent read for the most part. I liked it buuuuuttttt I really disliked the heroine Daisy. For me, disliking a character that strongly makes it difficult to connect with them and the book. She seemed very self centered and selfish, uncaring and even a tad cold.

There was a love triangle of sorts. Rueban and Chase were both decent guys in my opinion. Nether one should've wanted her.

The writing was smooth, the pace was steady and the length would have been something that I cheered had I not struggled with the lack of connection to Daisy.

This is the second book in the Seven Sisters series. I did not read the first one and I had no problem reading this one. I might be tempted to read the next book but I'm not sure.

I received an ecopy in exchange for my honest opinion. It was decent but didn't really satisfy me.

I also read Reclaimed By Her Master.

This one has a lot of potential but somehow I ended up feeling like I missed some of the story.

The characters were not very fleshed out and you know how I am with characters. As the prior story proved, if I don't connect with the characters, I can't fully enjoy the book. Unfortunately this book had the same effect. I could have probably really liked it but I only thought it was decent instead. :-(

In addition, I really disliked Stephen, the dom. What little bit we got to know of him gave me the impression that he was an a**.

It was pretty darn hot and I have to give the author props for that. If only I could over look my dislike and disconnected feeling with the characters.

I received ecopies of these two books in exchange for my honest opinion. Both were decent reads with my issues resulting from problems with the characters. I didn't enjoy them as much as I could have but that doesn't mean that you won't. ;-)

Don't forget to enter the Comment Incentive Giveaway. It is a great chance to win a book you'd like to have!Just comment!
Posted by Brenda Demko at 12:00 AM