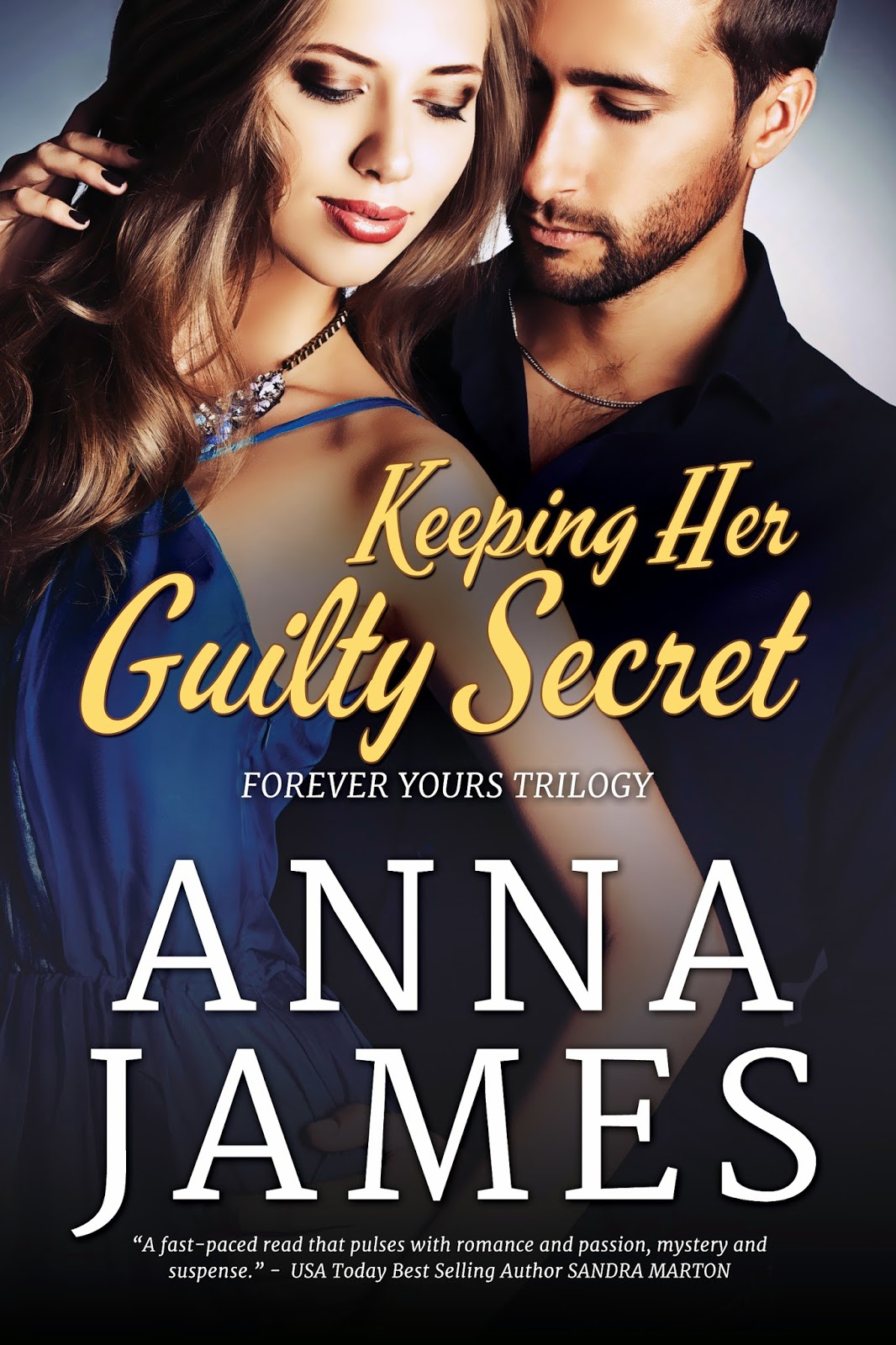 Today we have Nicole Bradford with us, the heroine from KEEPING HER GUILTY SECRET – Book 1 Forever Yours Trilogy.  Welcome Nicole! Please tell us a little bit about yourself.

Hi Everyone! Thank you for having me and for letting me share my story with you. I’m Nicole Bradford. I’m 26 and the oldest of the Bradford siblings. I have two sisters, Ashely and Kate and it’s been just the three of us since our parents died in a car accident six years ago. My family is important to me and I’d do anything to protect them. Oh, and I love to cook, and have a passion for making gourmet desserts.

Can you tell us about your book KEEPING HER GUILTY SECRET by Anna James?

Sure, I’d love to. Here’s the snippet that appears on the back of the book:

Passion ignites between Nicole Bradford and Max Paradis the moment they lay eyes on each other, but despite the sizzling attraction and Max’s to-die-for-kisses, Nicole is reluctant to get involved. She’s been burned by love before.
Carlo had been her ideal mate but the dream became a nightmare when his drug smuggling past was revealed.
Now all Nicole wants to do is get on with her life and keep the secret she’s been hiding for the last six years.
Still, how can she resist the handsome and sexy Max when he’s everything she’s ever wanted in a man? And what will she do when Carlo returns and threatens to expose her ugly past?
Nicole will have to trust Max with the truth if she wants to win his love and get Carlo out of her life for good. If she doesn’t Carlo could destroy everything that matters most to her.

Tell us about Max. What drew you to him?

He’s handsome and sexy, has the most amazing blue eyes I’ve ever seen and his smile… Jeez Louise, it makes me go weak in the knees.

I have to admit the attraction was physical at first, but as we got to know each other, I came to admire his strength and quiet confidence. His easy charm. He makes me feel safe, and secure and genuinely cares about my well being and he makes me laugh.

When did you know Max was the one for you?

I started falling for him right away. It scared me, which is why I fought the attraction. But, I knew, for sure, after I got mugged and he helped me through the aftermath, I was in love with him. He was solid, steady and there for me.
What is the most romantic thing Max has ever done for you?

This may not be romantic in the traditional sense, but he bought back my mother’s diamond pendant, which meant the world to me, after I had to sell it to finance part of Kate’s college tuition.

Do you have any regrets in life? If so what would they be and why?

I regret ever getting involved with Carlo. He cost me a lot more than a broken heart. I lost the respect of my parents, which I'll never regain now that they're gone, and got fired from two good jobs. And if that's not reason enough, he's back now and demanding money to keep my ugly past a secret.


What do you regard as the lowest depth of your misery?
Seeing the anger and contemp in Max’s eyes when he learned my guilty secret. If only I’d had the courage to tell him the truth from the beginning…

Can you share a scene in your book with us?

The door burst open, crashing against the adjoining wall. Nicole jerked around to see who had made the noise. Max stood in the opening, a thunderous expression on his face.
Reed’s eyebrows furrowed. “What’s the problem, Max?”
He knows, the voice inside her head jeered.
No! That’s not possible.
“She’s the problem,” Max said.
He knows, the voice persisted.
Her stomach heaved. No. Carlo had no way of knowing Max would return home early. Even she hadn’t known.
Reed’s eyes rounded. “What is wrong with you, Max?”
Instead of answering, he stormed into the room and stopped in front of her. Waves of anger and contempt rolled off of him. She caught a glimpse of the letterhead on the front of the large manila envelope crushed in his fist.
“Care to explain this?” he drawled, his tone at odds with the aggression emanating from him.
Reed frowned. “What is it?”
Max turned the envelope upside down and the documents spilled over the desk. She started to shake, her worst fears confirmed. Legal documents, interrogation files, her arrest record, and those awful pictures Carlo had created.
Max’s gaze bore down on her. “Well?”
“I can explain.” She reached for his hand, but he pulled it away. His rejection gutted her.
“I didn’t want to believe it, had scoffed at the idea when Carlo showed up at my apartment yesterday afternoon and handed me the information.
“I spent all night going over every detail, checking and double-checking dates and times, praying Carlo had fabricated everything, but he didn’t. It’s all true. Isn’t it?”
“Let me tell you what happened. It’s not what it seems.”
He pointed to the papers strewn across the desk. “The evidence speaks for its self.”

Where can readers get KEEPING HER GUILTY SECRET – Book 1 Forever Yours Trilogy so we can find out how your story unfolds?
Details are on Anna’s website. Click here.

Can  you tell us a little about Anna James? 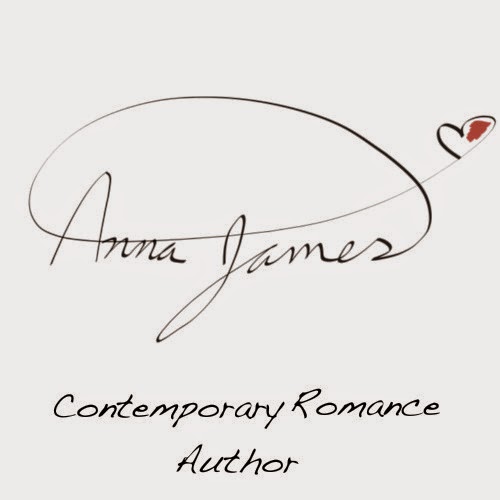 
Anna is married to a wonderful husband who spends countless hours picking up the slack around the house so she can pursue her dream of writing, and is the proud mother of five fabulous children.
Although she’s lived in several locations throughout her life she now calls Connecticut home. When not writing, she can be found spending time with family and friends.

Thank you, Nicole, for sharing some of your story. Look for KEEPING HER GUILTY SECRET by Anna James and find out if Nicole and Max can find their happy ever after.
KEEPING HER GUILTY SECRET  - Available September 17, 2014
A secret she must keep… A man she can’t resist
Anna has graciously decided to award one lucky commenter an ecopy of the book! :-)