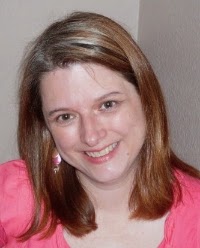 Where the road to happily ever after takes a suspenseful detour. Fast paced twists and turns that keep you turning the pages. Romantic happily ever after moments that take your breath away. Paranormal romantic suspense that keeps you on the edge of your seat.


Want to know a little bit more about Denise? She's a Southern girl who has lived in Louisiana all her life, and yes, she has a drawl. She has a wonderful husband and two incredible children, who not only endure her writing moods, but also encourage her to indulge her writing passion. Besides writing romantic suspense, she enjoys traveling, reading, and scrapbooking.


Accounting is a skill she has learned to earn a little money to support her writing habit. She wrote her first story when she was a teen, seventeen handwritten pages on school-ruled paper and an obvious rip-off of the last romance novel she had read. She's been writing off and on ever since, and with more than a few full-length manuscripts already completed, she has no desire to slow down.


You can connect with Denise at 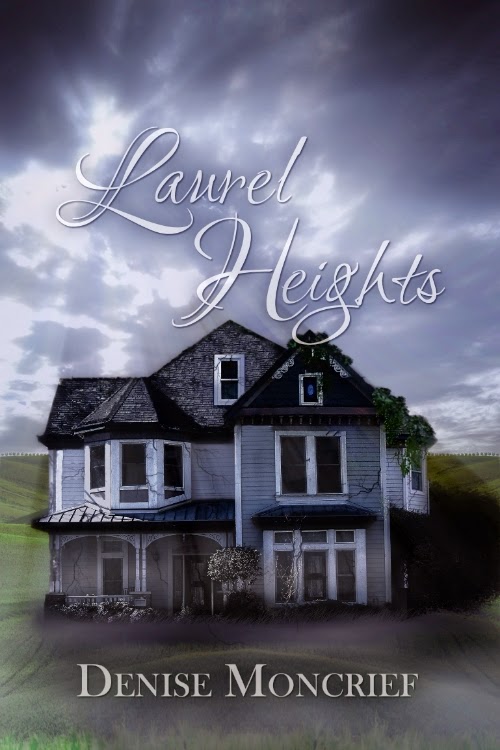 
Murder, revenge, and nightmares. Can their love survive the haunting of Laurel Heights?

A dark cloud of deceit hovers over her family tree...

Left an estate by an aunt she’s never met, Laurel Standridge takes possession of Laurel Heights, hoping it will be the safe haven she needs to recuperate from her ill-fated relationship with Rand Peterson. Secrets long buried rise to the surface when her cousin James is murdered and dumped on the highway just outside the gates of Laurel Heights.

Her past trails her to the mountains of Arkansas...
Caught in an obligation Chase Peterson feels he cannot ignore, he agrees to help his brother Rand take back the property he believes Laurel stole from him, but Chase remains at Laurel Heights after he discovers Laurel took nothing of Rand’s away with her except nightmares, fading bruises, and a broken rib.
Unexplained disturbances shatter her hopes of a normal life...
Are the strange bumps, thumps, and bangs reverberating through the night caused by the murderer of Laurel’s cousin James, someone Rand has sent to exact his revenge, or a disturbed soul existing in another dimension, trying to communicate with the living? Drawn together by the intrigue surrounding Laurel Heights, Chase and Laurel become hopelessly entangled in a relationship that goes deeper than lust. Can their love survive the haunting of Laurel Heights?

Since Laurel had moved into her aunt’s house, she hadn’t fallen asleep once without pharmaceutical help. The sleeping aid usually lulled her into lullaby land, but the drug seldom got her through the night without a nightmare. She was quickly running out of the prescription and would have to resort to over-the-counter antihistamines soon. The doctor she had seen in Fairview wouldn’t renew her prescription. He hadn’t wanted to prescribe it anyway. She wouldn’t be going back to him.

She lay still beneath her comforter, listening to the unusual sounds coming from the lower floor. The house made a lot of noises, especially at night. She sucked in a ragged breath when it made a few more. Thuds and bumps sounded like footfalls. Was someone in the house or was she being paranoid? Every shadow reminded her of Rand. He was in prison and would be incarcerated for a very long time, probably the rest of his life, but he could easily send one of his loyal subordinates to find her.

She wrapped her fingers around the grip of the baseball bat she kept next to her bed and hoped she wouldn’t have to use it. Confronting an intruder with a hollow piece of aluminum seemed like a lame defense. She had been considering purchasing a gun, but hadn’t done so yet. Maybe it was time. She’d have to buy one under the radar because she didn’t want anyone doing a background check on her. Acquiring a shotgun shouldn’t be too hard. It seemed everyone in Arkansas owned a firearm of some sort.

She threw off the comforter, rose from the bed, slipped across the room with the bat over her shoulder, and opened the door to peer down the hallway toward the front stairs. Nothing moved. The house was quiet. Maybe a little too quiet. Only moments before, a symphony of strange noises had disturbed the night. It was as if opening her bedroom door had turned off the sound.

She stared at the back stairs directly across from her bedroom and considered going down to the first floor to check the door locks, but nixed the idea. Locked doors wouldn’t keep someone out of the house if they really wanted to get in. Better to barricade herself in her bedroom and keep the bat close by. She slammed the door shut.

No moonlight filtered through the flimsy fabric covering the window. The moon hid behind a thick cloud cover. She tugged at the curtains, pulling them tighter to keep out the night. Before she stepped away, she caught a glimpse of something not quite right. Peeking between the curtain panels, she stared across the backyard. On the other side of the grimy window, a dim light flitted back and forth inside the detached garage.

She shivered with apprehension. The structure was derelict, unlike her garage in California. The four-car garage had been attached to Rand’s half million-dollar house. They had been living in the two-story, five-bedroom house for at least a year, but the place had never seemed like home to Laurel. Everything belonged to Rand. By the end of their disastrous relationship, he had treated her like a possession as well. Actually, maybe he had all along.

Comparing her life then to her life now brought up memories of the beating Rand had given her and his attempt to attack her again. If Foster hadn’t shown up when he did, she’d probably be dead.

She glanced at the clock beside her bed. It was nearly four in the morning, the darkest hour of the night. Who could possibly be snooping around her place in the dark? Who would be in her garage at any hour? She contemplated calling the local Sheriff’s Office, but decided against it. She didn’t want cops involved in her personal business. No. She would find out who was messing around her property without involving local law enforcement. Eventually the intruder would show himself, and she would be ready for him.

This was an eerie, thrilling, chilling, suspenseful tale of paranormal activity and more.

I don't want to say too much. I may have already.

You will find danger, deceit, desperation, unexplained happenings of epic proportions and romance between the pages of this one.

If you like your books to be suspenseful and exciting you should be happy with this one!

It gave me the willies once or twice (the chicken that I am) but I was unable to walk away. I am thinking that maybe there will be more?

I received an ecopy of this book in exchange for my honest opinion. I thought it was spine tingling good. :-)