My Time Out ~ Off of the Topic Rant 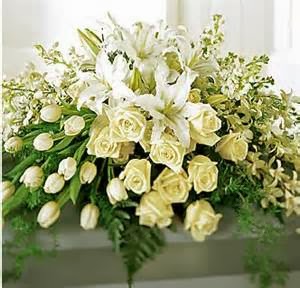 Okay so some of you International followers may not understand where this is coming from and some of you from the USA may completely disagree with me but I am going crazy with this!

On February 2nd an actor and director, Philip Seymour Hoffman, was found dead in his apartment we assume it was from an accidental overdose of heroin.

I feel bad for all of those people who loved him or knew him well. I am not completely heartless, BUT people die from overdoses or getting bad batches of drugs daily and it is not on every news station repeatedly for days in a row. Why should he be different? I understand he was famous, but say it and be done already! I don't need to hear it over and over and over. I don't think his family needs to hear it repeatedly either. I mean they have to deal with this with out having it brought up again and again.

Some people say that it is a tragic loss. What I find tragic is the fact that people continue to do drugs. DRUGS kill!!!! It is like Russian Roulette, it might be this time it might be the hundredth time you take something. Why would you take that risk? It doesn't matter who you are, who you know, or how much you pay for them, drugs do not discriminate ~ they kill.

The fact is he chose to take drugs. He died. I just hope that others learn from his mistake.

As I said, I feel bad for his family but the fact is people die everyday from sickness, heart attack, stroke, etc. etc.. and it is not news worthy. My father died from cancer. CANCER! That was a sad tragic loss that neither he nor we asked for nor had a hand in. The fact that PSH died from giving himself a drug makes me angry that this is considered major news. In addition to being mad about it being on the news over and over, I am also upset that no one is saying what I'm thinking. Everyone is all like it is so sad and so tragic. While I agree that in a way it is, it was also stupid, careless, and selfish of him to think more about getting high than the possible consequences to his actions. I am a mother of three. There is no way that I would ever knowingly take anything that could kill or impair me. I care about my kids far too much to take chances with my life and possibly leave them without a parent. Granted, when it is my time, it is my time but I will not have a hand in it or tempt fate in any way.

Thoughts or Feelings?
Posted by Brenda Demko at 11:02 PM

Email ThisBlogThis!Share to TwitterShare to FacebookShare to Pinterest
Labels: rant