My Thoughts about The Vampire Academy Movie 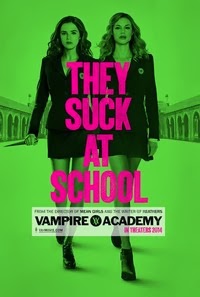 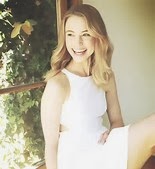 Okay so my thoughts on the movie are both positive and negative. :-) :-(

Overall I liked it quite well. There were a few scenes in the movie that were not in the book. They did not stray from the book too much though. :-)

I really liked the beginning. There is a part where Rose tells everyone about the three vampire classes: Moroi, Dhamphir, and Strigoi. It was a brilliant way to get through to those who didn't read the book!

People who haven't read the books will easily understand the movie while those of you who have read them will not be bored. The few scenes that were not in the book will surprise you. :-)

This movie is only a retelling of the first book not the series. If enough people go and see it, they will consider making the other books into movies as well!

Most of the cast were actors that were not known to me. I feel they did a good job. Previous to seeing the movie, I was afraid that I would dislike Dimitri's character. He wasn't near as bad as I thought he would be. Let me try to explain, Danila Kozlovsky was fine as an actor in general. I only had slight complaints. I really wished he would have been scruffy in the movie like he is in the picture up above. He does kind of look like Dimitri when he is scruffy. ;-) I didn't feel that the chemistry between him and Zoey aka Rose and Dimitri was as intense as it was in the book. When Dimitri said Roza in the book, I felt it in my bones and I melted for Rose. When he said it in the movie, he might as well have just said Rose, there was no difference other than spelling. :-( Me being me, I really missed that connection and intensity. That is part of what made me love the books so much. I also had a slight problem understanding him a few times. However, he fit Dimitri's character more than I thought he would.

A funny FYI ~ my son asked me if the actor who played Dimitri was the guy who played in Roadhouse. He was referring to the late Patrick Swayze. Obviously that wasn't him but a couple of times during the movie, I seen striking similarities between the two as well!

Most of the actors picked, were not who I would have visualized the characters as. Except maybe Christian and Miss Karp. I have to give props though because the actors worked it out.

The movie had quite a few comical moments. It also had a lot of action and suspense. The movie was listed at being 1 hour 45 minutes long. It seemed to go very fast. Some of the parts seemed rushed even.

Overall I liked it. My kids, who did not read the book and my niece all liked it too. I really want to encourage people to go and see it. They won't make more movies if there doesn't seem to be an interest. I know many of you are interested so please go see it, take a few friends, encourage others, etc.... I went twice. Once with my niece during the afternoon and there were only 5 of us to see the movie and then once after school to take my boys. There were 12 people that time.

I'm hoping that people just didn't realize it was out yet.

I'd really like to see what they would do with book two.
My eldest son said he would give it a nine out of ten because the ending felt rushed. He also said that he would urge people to see it whether you've read the book like me or haven't haven't like him. Obviously guys shouldn't be afraid to go see this. There were some scenes that men will really enjoy! ;-)

Will you go see it?

Don't forget to enter the Comment Incentive Giveaway. It is a great chance to win a book you'd like to have! The link can be found at the top of the page.
Posted by Brenda Demko at 10:20 AM