The Supernatural creature for April was Demon.

I read a book that was predominately werewolf but also contained a Demon named Gormean, as well as witches, vampires, Goddesses, and a warrior of the God's named Mitch. lol!

I enjoyed this book and decided to read the next book in the series as well. 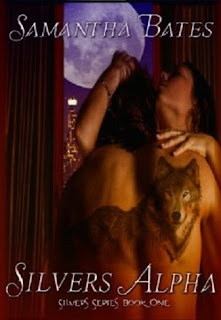 A girls night out takes a dramatic twist, when Lucky meets a handsome stranger. As a police officer in the Paranormal Task Force, Lucky's life is far from ordinary. When she meet's the Alpha of the Silver Wolf Pack, life is set to get hot and steamy. Strong, confident and fiercely independent, Lucky has no intention of sharing her life with any man.


After waiting centuries to meet his mate, Ben finally finds her and loses her in one night. His life changes after a hot and steamy encounter in a dark corridor, but when she runs out on him, he vows to find her. When he does, he needs the help of his pack to protect her from a stalker, who is out to take away his reason for living.

The Gods and Goddesses are watching Lucky and the Silver Wolf Pack. Unable to intervene in human affairs, they are left with no choice when the order of the future is set to be changed.

Over the last two decades, New York City has changed. Other species now live openly with humans. Friends you have known for the last ten years are now living openly as witches, warlocks, vampires and wolves. What you had previously known to be true is no longer as it was

As you know, I'm always up for a good werewolf book and if it has other supes in it, that's fine too. This book had some of everything although I haven't seen any Angels yet.

This book started out with Lucky the heroine doing  a kick ass job of taking down a bad guy. You see she is a cop on the PTF ( Paranormal Task Force).

She decides to have a night out with her girlfriends and they decide to go to a club called Silver's. Lucky knows that it is run by werewolves but she doesn't care because they have an excellent reputation for not allowing any funny business.

While looking for the cloak room she gets jostled and ends up in the arms of Ben the Alpha. They get hot and heavy pretty much instantly which is not the norm for Lucky but she can't seem to stop. It is explosive! ;-)

When they come up for air she uses the restroom. While in there she hears a conversation that Ben has with his friend. He tells his friend that she bewitched him.  He meant that he has never felt this way not that he thought she actually put a spell on him but she took it the wrong way and left.

He is very angry because he doesn't know why she left and he realized that she is his mate. He really gets ridiculed when the pack finds out that he found his mate but does not know her name, her number, or anything else about her, including how to find her. lol! :-)

Eventually Lucky goes back and they get together. Lucky keeps getting threatened but doesn't know who it is or why they are upset with her.

This book is really hot but has a good plot as well.  There is just so much action! I didn't suspect the culprit and was shocked when they were revealed.

Gormean is only is a tiny percent of the book mostly the end but he is a Demon.

There were some typos but I overlooked them and kept reading.

I would recommend this book to those who like really hot werewolf stories or books with a mixture of supes. This would be a good choice for you! 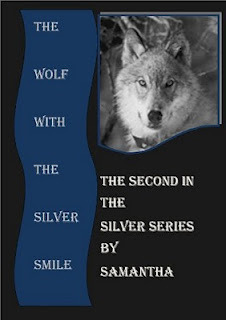 I read the second book too. There were no demons in this book but all of the other supes were involved again as well as a crazy anti God cult. Nicky, Ben's brother is the Hero in this one.

Morgan is running from a crazy woman hating, God denouncing cult that she has lived in all of her life. She has no where to go and no money left. She literally runs into Lucky who of course feels compelled to help her. She takes Morgan to see Ben and they give her a job and a place to stay.

She has been dreaming of a wolf since she was about four years old. She has panic attacks really often and she is worried about being caught.

When Ben warns Nicky to stay away from his new PA, that just prompts him to go try and bed her. Only thing is Nicky the playboy feels badly when he causes her to have a panic attack.

The two of them come to an understanding which leads to them becoming friends. Little by little the feelings grow and it was sweet watching Nicky mature and become more responsible.

This book was hot, sweet, and action filled. I love the cast of characters and I am really looking forward to reading the next book soon. :-)


Thank you for commenting! Don't forget to enter the Comment Incentive Giveaway. The link can be found at the top of the page!
Posted by Brenda Demko at 6:00 PM