*** This a NOT a full-length book. This novella is part one of a serial romance. ***

Felicity Forrest has the perfect job as an investigative blogger for Everyday Supernatural. This curvy girl gets sent to the Aran Islands to find out whether a púca shape shifter is responsible for the strange accidents haunting a construction site.

Niall O’Leary is tall, broody, and totally alpha. His mission is to discover why the veil between the human world and the Realm has lifted. And as the Chieftain’s son he must find a mate or his twin will be promised to a stallion he despises. He has a duty to his family, his clan, and a need for offspring. Otherwise the púca could become nothing more than folklore.

Passion and frustration ignite when a curvy human female tempts his inner stallion like no other. There’s only one problem... She just got out of a relationship that left her broken hearted. Is she ready for a second chance at love?

Reader Note: This book is for those who are 18+. It contains explicit language, sexual situations, and one helluva cliffhanger. However, if you like curvy shifter romance, a stallion who can’t resist his curvy woman, and a dash of humor, then this is the story for you. Please read these installments in order. Enjoy! 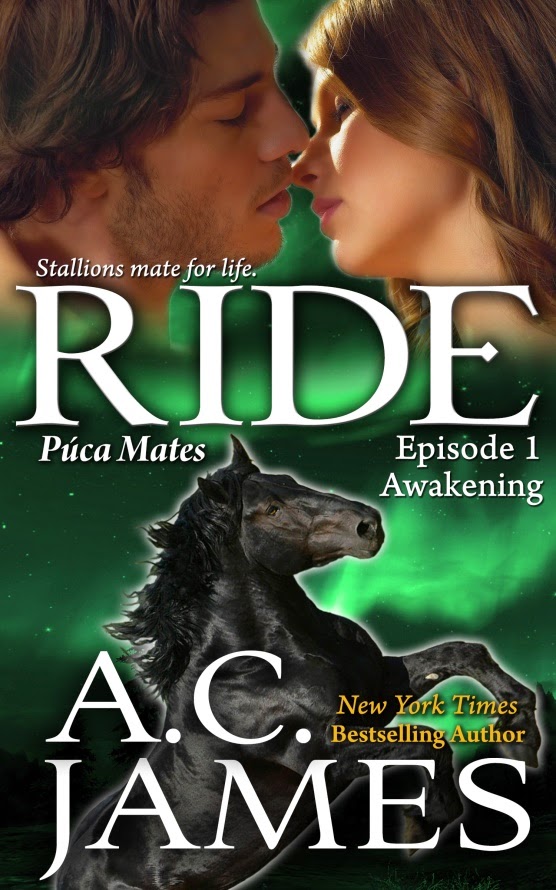 Buy Links for part one: 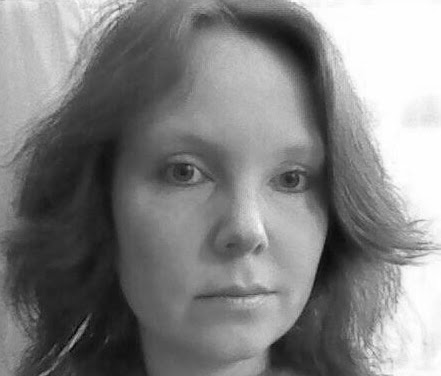 New York Times and USA Today bestselling author A.C. James writes paranormal romance and erotica, including Eternal Ever After which was featured in the bestselling Spice Box anthology. She pounds out sexy scenes at her keyboard where romance is laced with horror in hot stories of vampires and bad boy werewolves. Her stories feature strong heroines and alpha heroes, with plenty of action, twists, and turns that will keep you turning pages.

A.C. resides in northeast Pennsylvania where she entertains her husband with her imaginative yarns and quirky sense of humor. She spends her time drinking large vats of coffee while taming two toddlers by day and writing by night. Recovering video game beta tester and tech geek who grew-up going to cons and watching SmackDown. There’s probably some cosplay pictures around somewhere of her dressed up as Bloodberry from Saber Marionette J. Just don’t tell anyone

Save a horse? Not me, I'd ride a puca! This is the first part of a serial. It was really quick.

This was the perfect start. It was exciting, sexy, and suspenseful. I plan to ride this the whole way to the end. I can see me begging for more when it is all over.

Felicity is a blogger who investigates paranormal reportings. She is sent to an island off of Ireland to investigate a puca haunting.

Her first reaction was "What is a puca?" I won't tell you but you will find out when you read this! I will tell you that they are a type of shifter.

She takes her friend with her because it is Cyn's birthday and they had plans.

When they get to the island they meet with a priest who seems to be involved somehow with the whole thing. While visiting with him, two men catch her eye.

Niall and his friend Tomas are more than they seem and Felicity has caught their attention. Some sparks fly and anger flares!

I am so eager to read the next book that I am foaming at the mouth and going through what I imagine withdraw feels like. I need it bad.

If you like shifters, and who with a brain doesn't, you will want to put this at the top of your TBR list. Or you can go ahead and start reading it now so that we can go through withdraw symptoms together.

I read it in one sitting and you will too. It would have been impossible to walk away from if I had wanted too. Good thing that I didn't!

I haven't been so engrossed in a paranormal read for awhile now. This was awesome!

I received an ecopy in exchange for my honest opinion. If you are still reading this you are doing yourself a disservice. Go get your copy and start reading this fantastic read now! 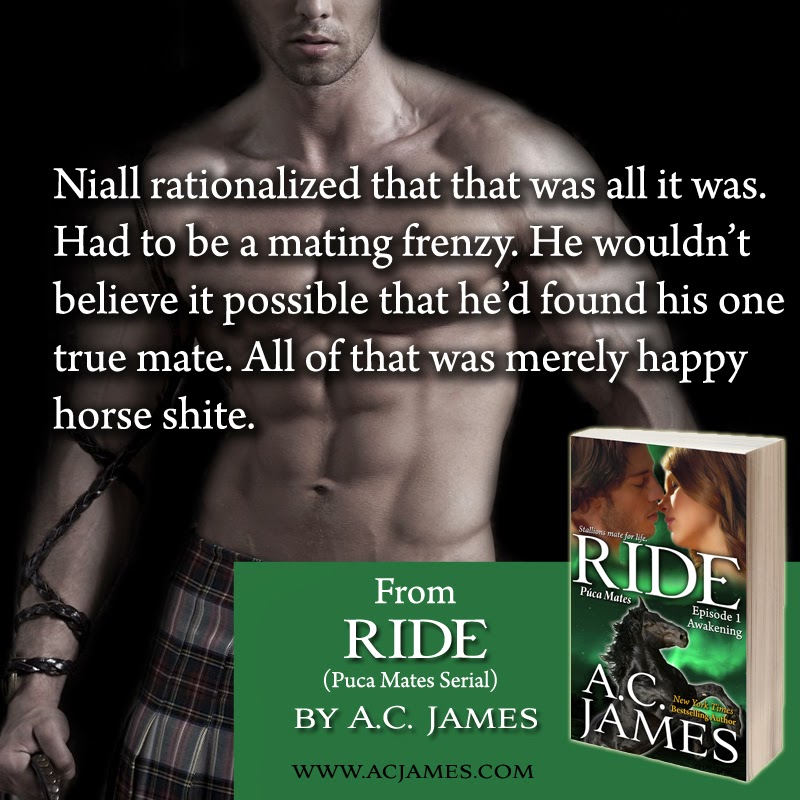 Don't forget to enter the Comment Incentive Giveaway. It is a great chance to win a book you'd like to have! Just comment!
Posted by Brenda Demko at 1:00 AM