Have you read Bridged by Love by Nancy Corrigan?

From the moment he was born, Nic Kagan’s future was sealed. He’ll accept a mate, have kids, and eventually take over his father’s role as pack alpha. There’s just one problem.
Long ago, his heart settled on Riley, the pack’s human doctor and honorary member. Except only half of him can have her. The other half—his wolf—won’t give a weak non-shifter female a second sniff.

No one—human or shifter—has left a mark on Riley’s soul like Nic. But with his father hospitalized, any hope things could work out between them is slipping away. Yet Riley understands something else about pack life. Power isn’t always a physical gift; love is just as strong. What she and Nic have is worth fighting for.

With rival threats mounting, Nic realizes he can’t simply turn his back on Riley. Though his wolf could tear his heart out for it, he must fight for what he wants before he loses his mate. His pack. Maybe even his sanity.

Warning: Contains a reluctant alpha with only one roadblock between his heart and the woman he loves—biology. And a woman who isn’t giving up on him, even if it means risking her life to fool Mother Nature. 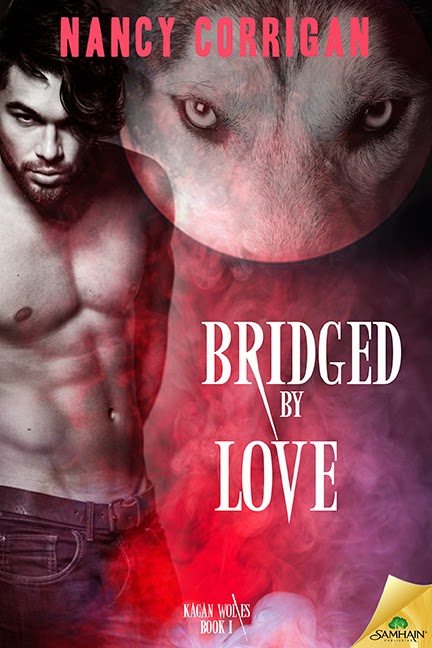 
Nic ran through the woods. The broken twigs and rocks poking into his paws barely registered. He pivoted and headed deeper into the underbrush. The sharp pulling of the low-hanging tree limbs on his fur appealed to his need to punish himself. He wanted to hurt. A fight would’ve been better, but he couldn’t go around initiating any. Actions like that would come off as a dominance tactic, and the Kagan males had always held to a higher standard. They understood all members of a pack played a vital role.
He lowered his head and pushed through the bowing evergreens. An open space greeted him. He froze. Sides heaving and blood soaking his fur, he panted and took in the small home in front of him—Riley’s place. His dad had bought it for her. Last time Nic had seen it was right after she’d moved in. She must’ve remodeled since then. Where the concrete stoop once stood, a wide front porch spanned the house. It looked inviting with the swing and chairs decorating it. He could see himself lounging on it, enjoying the night.
A low growl rumbled in his chest.
It didn’t surprise him that he’d ended up here. He hadn’t been able to get thoughts of her out of his head. Guilt ate at him. He’d treated her like shit the last time they were together. She deserved an apology and explanation. If he’d been man enough, he would’ve been straight with her then.
He padded across the gravel road. On the other side, soft grass met the pads of his paws. Halfway across the front yard, the door opened. Riley stepped out, a bottle of beer in hand. An oversize flannel shirt covered her chest and bare thighs. Jealousy surged, knowing she wore another male’s clothes. Shock replaced it with his next breath. It was his shirt, the one he’d had on the last time they were together.
She whipped her head in his direction. Narrowed eyes zeroed in on him. They widened on a gasp. She set her bottle down and sprinted across the yard. Her loosely buttoned top gave him a tantalizing glimpse of her legs. He sat on his haunches to watch her, but she reached him before he could decide if the swath of black between her thighs was a thong or a bikini.
“Nic”—she dropped to her knees in front of him—“what happened?”
He couldn’t answer her in his wolf form. She knew that. She also understood that depending on how much control he gave his other half, he might not even hear her. It never stopped her from approaching shifters. She’d said she could tell who was in charge by looking into their eyes.
“You’re bleeding.” She brushed back his fur and gently touched the skin around a long gash. “This wasn’t from a fight, was it?”
He shook his head, the only answer he could give in his limited form.
She stared into his eyes. Not a hint of fear showed in her expression. She treated his dad and the other dominants with the respect owed them by avoiding eye contact. Never Nic, at least not in private, but the rules were different around the other wolves. Riley had always understood the need for hierarchy among the members. In the pack’s eyes, she was as low as one could be. In his, she was his equal.
“Shift and tell me why you decided to drag your sorry ass to my house. None of these cuts need my attention.” 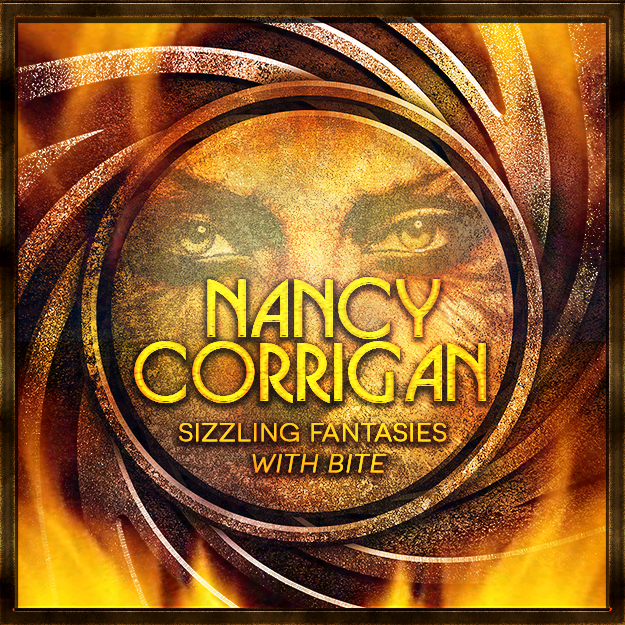 A true romantic at heart, Nancy Corrigan is convinced there’s a knight in shining armor for every woman (or man), but you won’t find damsels in distress in her stories. She adores pairing alpha heroes with women strong enough to match them and bring them to their knees. She also enjoys flipping the traditional roles in romances because her motto is—love and people should never be forced to conform to anyone’s norm.

She holds a degree in chemistry and has worked in research but now focuses on ensuring quality. She considers it the perfect outlet for her as she’s the first to admit she has some OCD tendencies. It carries over into her writing life too. While engrossed in a novel, she has a habit of forgetting to eat and sleep. Fortunately, she’s married to her own knight in shining armor who understands her oddities and loves her anyway. They reside in Pennsylvania with their three children, dog, snake and guinea pigs. Her other interests include tattoos, animals, classic cars and all things spooky and sexy.

You know I want to read this!

Don't forget to enter the Comment Incentive Giveaway. It is a great chance to win a book you'd like to have!Just comment!
Posted by Brenda Demko at 12:30 AM