Filthy Dirty Alpha is book 1 in a hot new series. 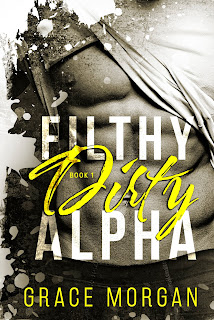 I own Second Circle, the hottest underground sex club in Texas. And ashard as it is, pun intended, I’ve learned better than to fuck with the playthings at my club. It only leads to trouble. But being twenty-seven, well-hung, and a millionaire, coupled with a brand of kink that makes most romance novels look like nursery rhymes, it’s a magnet for pussy.

The one exception to that rule seems to be the tight-assed reporter named Lola who joins Second Circle seeking answers about the girl who went missing from my club last year.

Her only objective is to solve a mystery, while mine is to fuck her senseless. 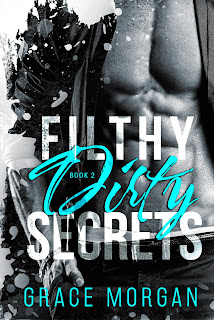 My unique brand of kink has most women dropping their panties.

Which makes her all the more interesting. You know the old cliché that men love the chase? Hell yeah we do. I want her to fight me. Resist me.

Because when I finally take her, I’ll have conquered not only her body, but her mind. And to a Dom like me, there is no better victory. 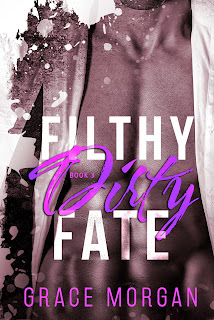 I'm the Dom, and yet with Lola, I've been stripped to the core and my secrets exposed for her to judge.

I've pushed her limits, and now it's time for her to make her choice—can she love both the man and the Dom?

Only that answer will determine our fate.

In this third and final installment of the Filthy Dirty Alpha series, Lola and Burke's passionate relationship is put to the ultimate test.

Grace Morgan is a Midwestern girl who kicked off her snow boots and ran west to the land of sunshine and flip flops. You can find her sipping cocktails with her girl posse, going on epically bad blind dates, and pretending to be prim and proper while she dreams up steamy scenes, alpha bad boys, and sassy heroines.

I'm reading book one, Filthy Dirty Alpha and will share my thoughts with you soon! ;-) 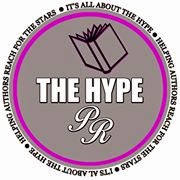