Can an older man be everything Krista’s been looking for?

Krista Michaels’ dating life has been non-existent since her divorce a year before. When her best friend steps in and declares it’s time for a night out at the newest May/December hang-out, The Gentleman’s Club, Krista enters a whole new world and lays eyes on a man who leaves her speechless.

Neil Clark likes younger women and having a good time. Krista catches his attention right away, From their first conversation, he can tell she isn’t a woman to simply play with. One problem: Krista isn’t interested, or so she says. But Neil isn’t about to let her slip away.

Krista’s heart and mind battle it out as Neil does his best to win her over. But they have one huge difference in what they want out of life, and Krista isn’t willing to give up her values, not for a man, not for money, not for love... 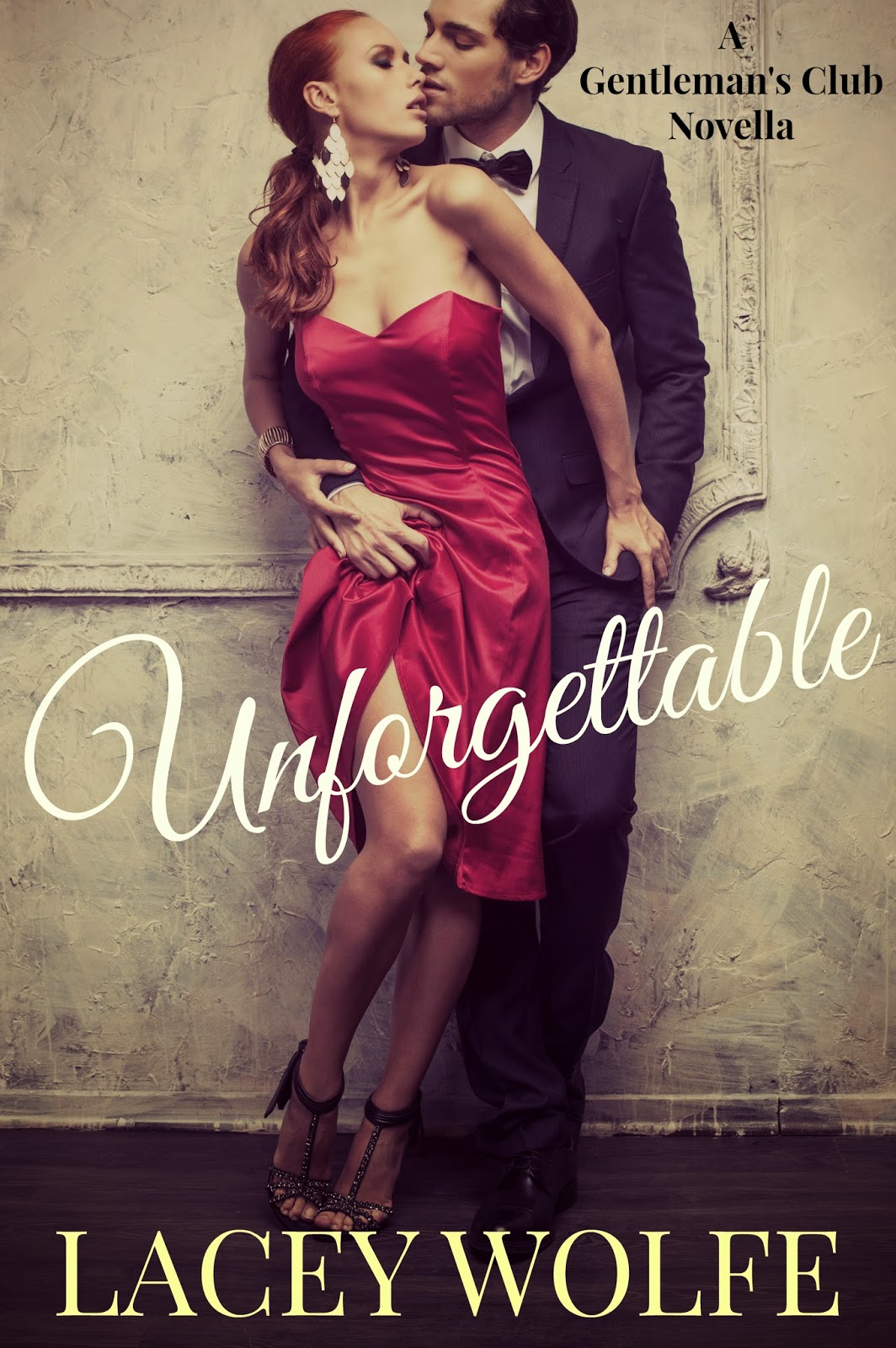 Krista jogged to catch up with her friend. At the entrance, a big man stood there in the classic get-up. Sunglasses, a black shirt, and tight jeans. He was hot and Krista wondered if she could stay out there with him because he looked more like her type.

“Good evening, ladies. I need to see some ID.” He held out his hand.

She dug hers out of her wallet and handed it to him. He glanced at the I.D.’s, smiled, and gave them back.

Jamie looped her arm through Krista’s and they were on their way to what felt like the unknown to Krista.

Inside was dark as expected, but there was just enough lighting so she wouldn’t trip over anything. There were a lot of women there. Apparently her friend wasn’t the only one with a thing for older men.

There was a small dance floor to her left, but it was mostly set up with various lounge areas. A contemporary feel flowed throughout with black leather sofas, red-and-white throw pillows, and chrome décor. The bar sat in the center of the room, and Krista was thrilled when Jamie led her in that direction.

A female bartender, who was surprisingly dressed conservative in a white button down blouse, greeted them. “What can I get you?”

“Suck up.” Krista leaned her back against the bar and glanced around. She didn’t see a man anywhere without a young, beautiful woman at his side. Next to the attached women, she felt like she was wearing a paper sack. Not a man looked in her direction.  “I bet all the good ones are taken.”

Jamie twirled a lock of her blonde hair as she checked out the men. “Why do you say that?”

“With the amount of women in here, any man without one at this point must be a loser.”

“Or he’s just waiting on the right woman.” Jamie winked.

The bartender returned with their drinks. Jamie told her to leave the tab open.

“Now what?” Krista asked as she picked up her beverage.

“Let’s find somewhere to sit, drink a little to lighten our mood, and go from there. This doesn’t need to be planned out.”

“This is so stupid.” Krista took a sip of her drink. “It feels like we’re waiting for some man to find us attractive and want to talk to us. It’s just weird.”

Her friend sighed. “Live a little. Jeez. How well has it been working out with the men your own age?”

Jamie had a point. “But still,” Krista protested halfheartedly.

“If you want to leave, I’ll give you my keys. I’m not going to force you to stay.”

“I might.” A deep masculine voice sounded from behind them.

A shiver swept down Krista’s spine. Her heart rate sped up and it felt like slow motion as she spun around to see who had spoken to her. Oh. My. God! She laid eyes on one of the most gorgeous men she’d ever seen. He put George Clooney to shame.

“Would you gorgeous ladies care to join me?” He motioned toward an empty couch.

Krista attempted to speak, but no words were forming as she followed them over. She expected Jamie to sit next to the sexy man and keep him for herself, but instead, her friend left a gap for Krista to sit in the middle.

“I’m Neil.” He took a sip from his drink. The light gold liquid flowed to his lips and Krista found herself jealous of the glass.

“I’m Jamie, and this is my friend Krista Michaels.”

Why the heck did Jamie just given him my last name?

Neil rested his glass on the armrest. He was at ease and in his comfort zone as he straightened his light blue tie. “It’s nice to meet you both. First time here?”

“Yes. Though it’s a relatively new place. Have you been here much?” Jamie asked.

“A few times. I’m friends with the owner.” His gaze stayed on Krista.

She stared back, mesmerized by him. He had dark hair with slight streaks of grey at the temple. Not too much, just was the right amount. Perfect. Like him. Now if only she could speak, she might get somewhere.

“What do you do for a living?” He spun the glass around with his fingers.

His eyes widened. “This must be your favorite time of the year. Summer vacation.”

“It is.” Jamie poked Krista in the side.

Krista nodded since for whatever reason, her mouth still wasn’t working.

“Are you always so quiet?” Neil smirked. A tiny dimple formed on his chin. She loved a man with dimples.

“Usually she won’t shut up.” Jamie giggled. “What’s up, Krista?”

“I love your name by the way.” His blue eyes locked on her.

“Thank you.” She finally managed a word.

He took a long drink then set the cup down on the table. He sat back, pulling one leg up and resting his ankle on the opposite knee. “I’m going to be frank. When I see something I like, I go after it. And I like what I see, Krista. Are you single?”

His bluntness caused a wave of pleasure to ripple though her. “I am.”

“I’m attracted to you very much, but I don’t want to waste my time if you don’t feel the same.” He paused, staring at her with a longing in his eyes. Finally, he moistened his lips.  “That isn’t entirely true. If you weren’t interested in me, I’d try harder. I don’t like not getting what I want, and I want you.” 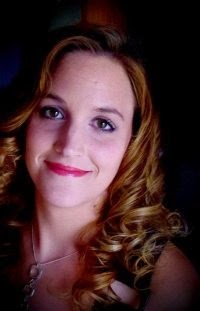 Lacey Wolfe has always had a passion for words, whether it's getting lost in a book or writing her own. From the time she was a child she would slip away to write short stories about people she knew and fantasies she wished would happen. It has always been her dream to be a published author and with her two children now of school age, she finally has the time to work on making her dream come true.

Lacey lives in Georgia with her husband, son and daughter, their six cats and one black lab who rules the house.

Come learn more about me:

This was a story about a woman in her twenties who went to a Gentleman's club with her friend. This particular club caters to older men who like younger woman. Enter Neil. He saw Krista and had to have her.

I like both characters. Neil was a handsome man in his forties who had a go and get em attitude. He was an untamable bachelor He always go after what he wants with fervor and he has his sights on Krista now.

Krista wasn't looking for a man but she did like the looks of Neil. The problem was, she had a secret that would keep her from commiting to the wrong man.

Unforgettable was a really quick read but hooked me none the less. There was romance, doubts, surprises, and steam. ;-)

I received an ecopy in exchange for my honest opinion. I relished it. It was everything that I've come to expect from Lacey Wolfe's books.