Playing The Edge series by Susan Arden ~ reviews and giveaway

One day is all it takes to be tempted into playing the edge.
After escaping an abusive past, Eliza refuses to accept the mind-numbing existence she’s cast into. Living in the shadow of her overprotective sister, leaves Eliza suffocated and stifled, until Graham Gordon takes up residence in her yoga class and in her head. Just like that, her vanilla world is turned upside down. Graham is everything she should avoid and everything she’s ever desired.
Graham Gordon is wealthy, privileged, and harbors a secret vice no one would ever suspect. In Eliza, he has found the perfect acquisition: an innocent teacher he can’t seem to forget. During a private yoga session, Graham makes Eliza an offer she can’t refuse and teaches her what it means to submit to his every desire.
Within Graham’s powerful presence, the veils under which Eliza hides are stripped away, unlocking her inner hunger to be dominated. But will Graham’s possessive nature save her from the demons of her past, or be another experience she must survive? 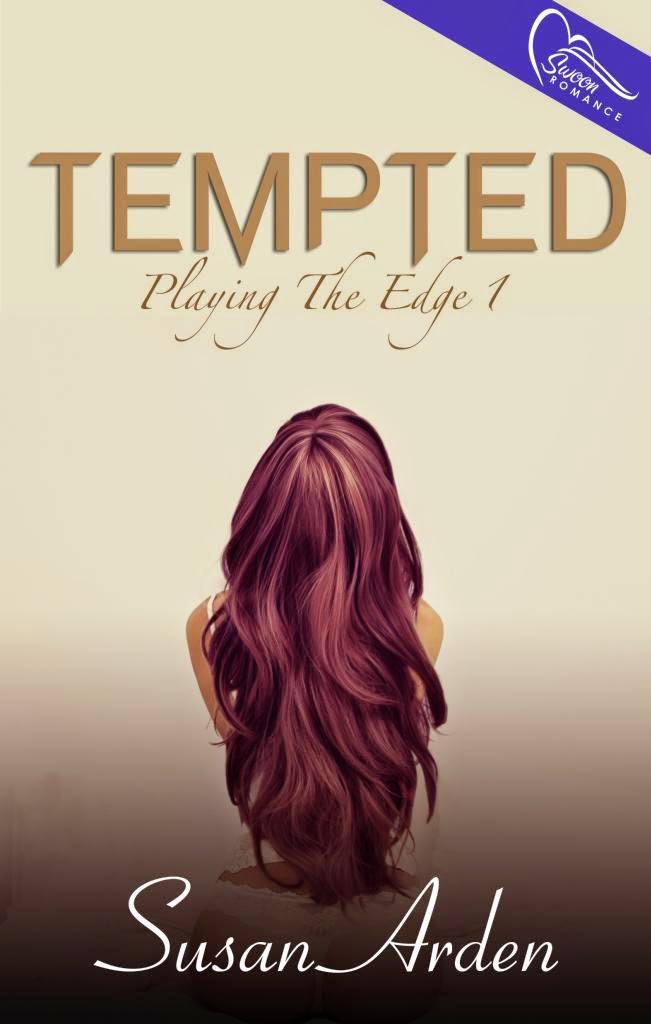 
Hello, gorgeous creeper.
Silently, he extended his hand filled with my things. I had no choice but to sweep my fingers over his palm never expecting a zapping current to pass between us. I shivered, jerking my arm backward as the electrical jolt raced up my arm before discharging. I gasped when it landed deep in my belly. Distracted by my reaction, I made the mistake of meeting his gaze. His dark eyes in the daylight were bottomless, and his attention had my pulse in a race, but where the heck was the finish line?

“Thank you,” I mumbled. “I can manage.” I wished he’d stopped helping me since I was coming undone.
“No question. Still I want to make certain you’re all right.” Once more our gazes locked, and the effect was like entering into a timeless chasm. So, there I was kneeling on the ground, unprepared for the cauterizing heat of staring into his eyes at close range. It was all too much. I ground my teeth with the need to get away before I did something incredibly stupid.
“Look, that’s nice. But I’m fine and really don’t need any help out here.”
“Not a second ago.” He snorted a laugh. “Luckily, this machine basically drives itself and brakes fast and hard. Really, you could’ve been hurt if it’d been another car and driver.” The way he said fast and hard had me sputtering as the words echoed within my mind, sending a swarm of butterflies housed in my stomach into flight. Yep, I remembered, he did that to me. He offered the last few items he’d picked up and I reached for them, brushing my fingers over his.
“Well, bully for me.” The words slipped out of my mouth. No way to pull them back, so I finished with, “This isn’t NASCAR, you know.”
Without a break, his brow lifted. Game on. “Nor the Boston Marathon, sweetheart.”
“Humble much?” I asked, going with the flow.
“I’m not here to debate. Eliza, isn’t it? I dropped by to see when you might have a moment to talk.”
“Talk?” I mocked. I couldn’t help myself. Talking was not what I imagined he wanted to do with me. It sure as heck wasn’t what I wanted to do with him.
“Yes. Talk.” He inhaled in that way people did when they chose their words carefully. I’d seen it, but rarely practiced the art. “Last night in the class and now, I’m convinced we have a connection between us. No sense in running from it.”
His eyes bored into mine and I froze. It got worse when he tunneled his fingers through hair, and a blast of heat rippled through me. The way his hair stood up looked like he’d fucked someone senseless.
Who was I fooling?  I seriously wanted to book passage on that cruise. “Oh,” I replied deep into a brain drain.
“Unless, you tell me to go,” he spoke to me in a measured tone.
Shit. Wake up, Eliza. Yoga. Studio. Student. Ring a bell? 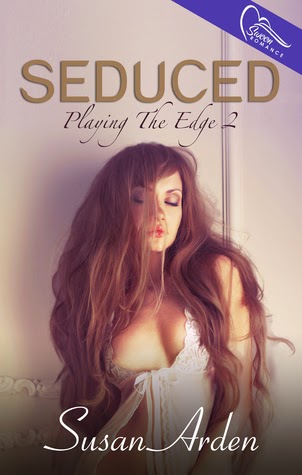 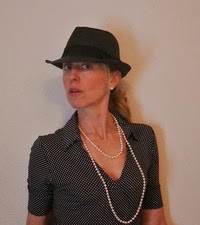 I'm not into chocolate...I prefer brightly colored candy. Wild flowers over roses. Definitely, I prefer the company of children and animals over politicians and bureaucrats. Was a teacher, now turned into a romance writer, and just got into cover and interior book design which is a whole other fascinating world.

I received ecopies of both books in exchange for my honest opinion.

Tempted was the first book and I liked it buuuut, I really didn't connect with Eliza. I felt like she was a spoiled brat having a pity party quite often. Yes she had reasons to be upset but I didn't care for her.

Graham was much more to my liking. He is wealthy, dominant, and not accustomed to hearing the word no.

This book was a quick read for me. I gobbled it up like a Thanksgiving feast.

The chemistry between Eliza and Graham is sizzling and the passion is hot. ;-)

The second book was Seduced and that is exactly what will happen. Susan Arden will seduce you with her steamy scenes and hot dominant male character.

There is even more sexiness in the second book! It is not a cliffhanger so you don't have to wait for the next book before starting these. :-)

I liked Eliza better in Seduced but she still wouldn't win any awards from me for personalities.

If you like your books hot you may want to check these out!