Don’t let my petite and innocent appearance fool you, because I’m one person you don’t want to cross. I’m Micah, the youngest member of Resurrection…If only they knew how young. My fake ID says I’m twenty-one.
And I will be…in four years.
What can I say? I blossomed early. Home sucked, so I left, determined to do something with my life.
Landing the gig as lead vocalist in the band was a dream come true. I’ve worked hard to make something of myself and nothing is going to ruin that for me.
Then He showed up.
He’s hot as hell and so into me. But he’s also twenty-five.
I don’t want to lie to him, but if the truth comes out I’ll lose everything, including him. 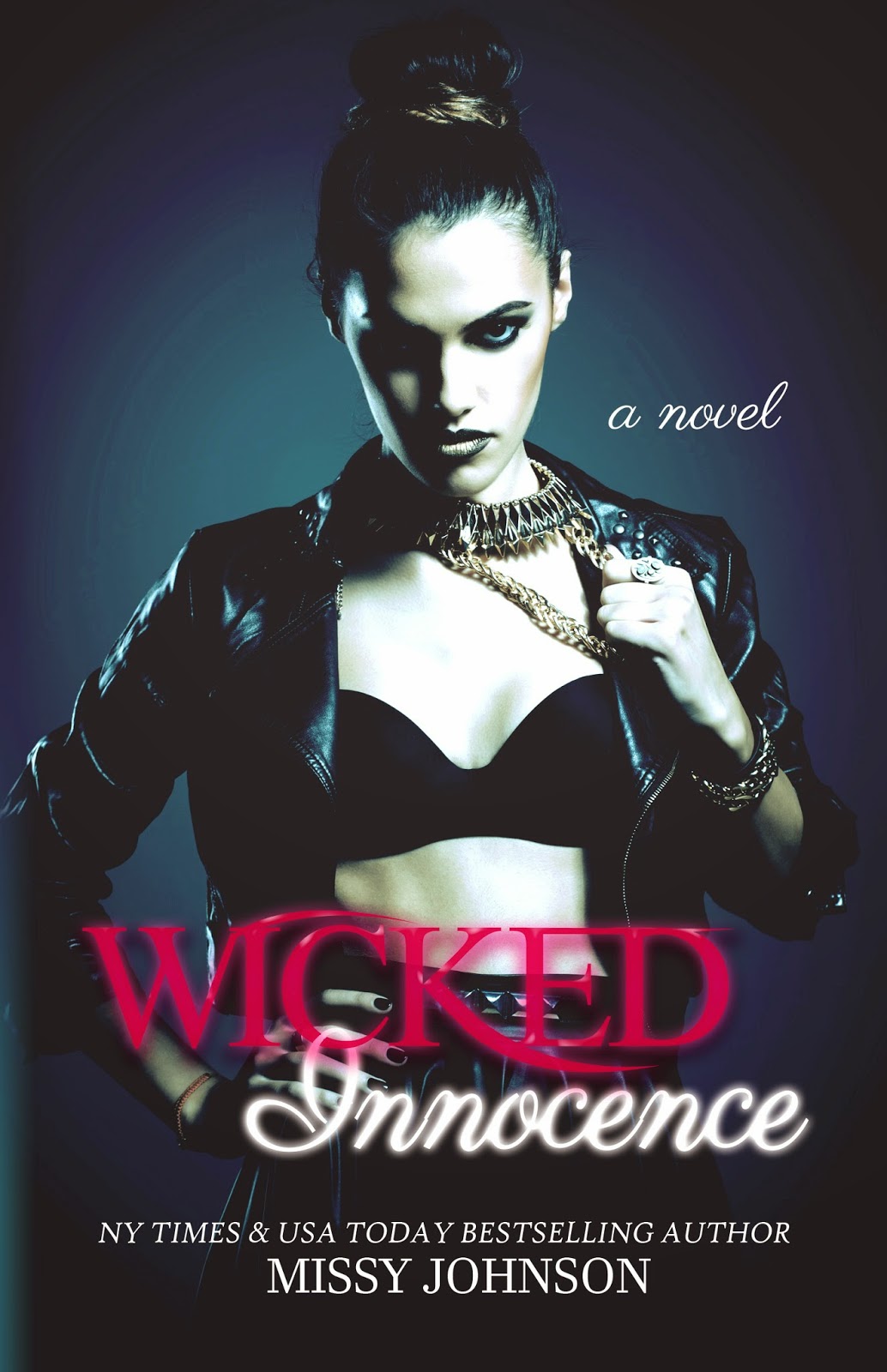 
He reached into his pocket and pulled out his ipod. “Put on some music if you like.”
I took it, letting my fingers glide over his. His eyes darted toward me briefly and my heart jumped. I quickly looked down, busying myself with his music collection. I ran through artists until I came across Severed. Smiling, I clicked play.
“You have your own music in here,” I said with a giggle.
He shrugged. “If I don’t appreciate it, then why should I expect anyone else to?”
“I guess. I just think it’s cute. Like an actor going to see themselves at the cinema.”
“You don’t think Nic Cage or Brad Pitt go to the movies?” he asked in mock horror.
“I don’t know. I met Brad Pitt once in Starbucks.”
He chuckled. “I can just imagine how that went down.”
“What’s that supposed to mean?” I asked, narrowing my eyes.
“Well, you were kind of freaked out when you realized who I was. Meeting someone actually famous?
You’d lose the plot,” he laughed.
“Well, in my defense, I didn’t have posters of Brad Pitt all over my walls—” I shut my mouth, but it was too late. No, no, no…
“You had posters of me on your walls?” he repeated, amused. “Micah, that is adorable.”
“Shut up,” I mumbled, coving my face with my hands. He chuckled loudly next to me, clearly not ready to let this go. “No! No laughing. Just shut up and drive.” 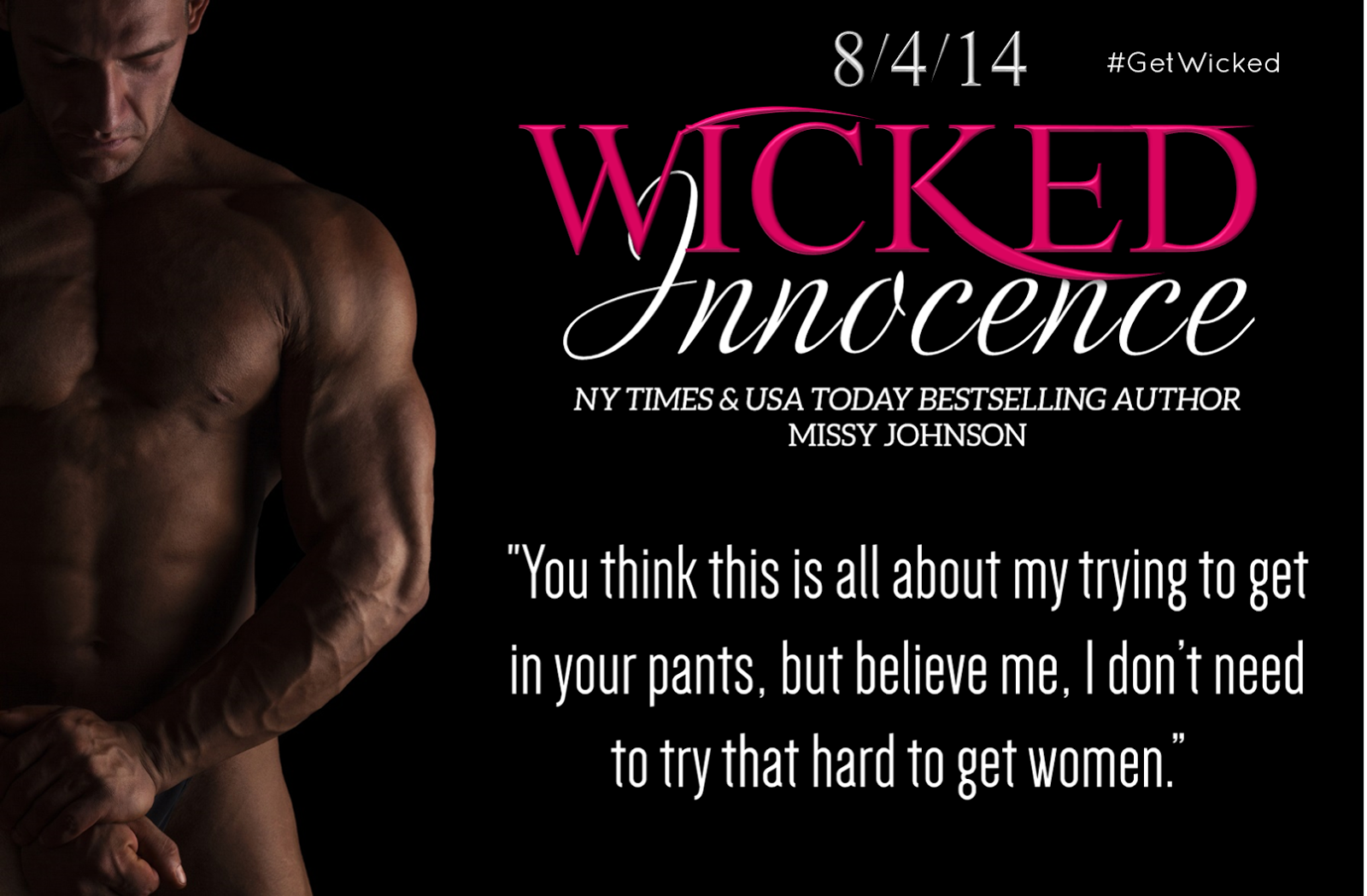 Missy lives in a small town in Central Victoria with her husband, and her confused pets (a dog who think she’s a cat, a cat who thinks he’s a dog…you get the picture).

When she’s not writing, she can usually be found looking for something to read. 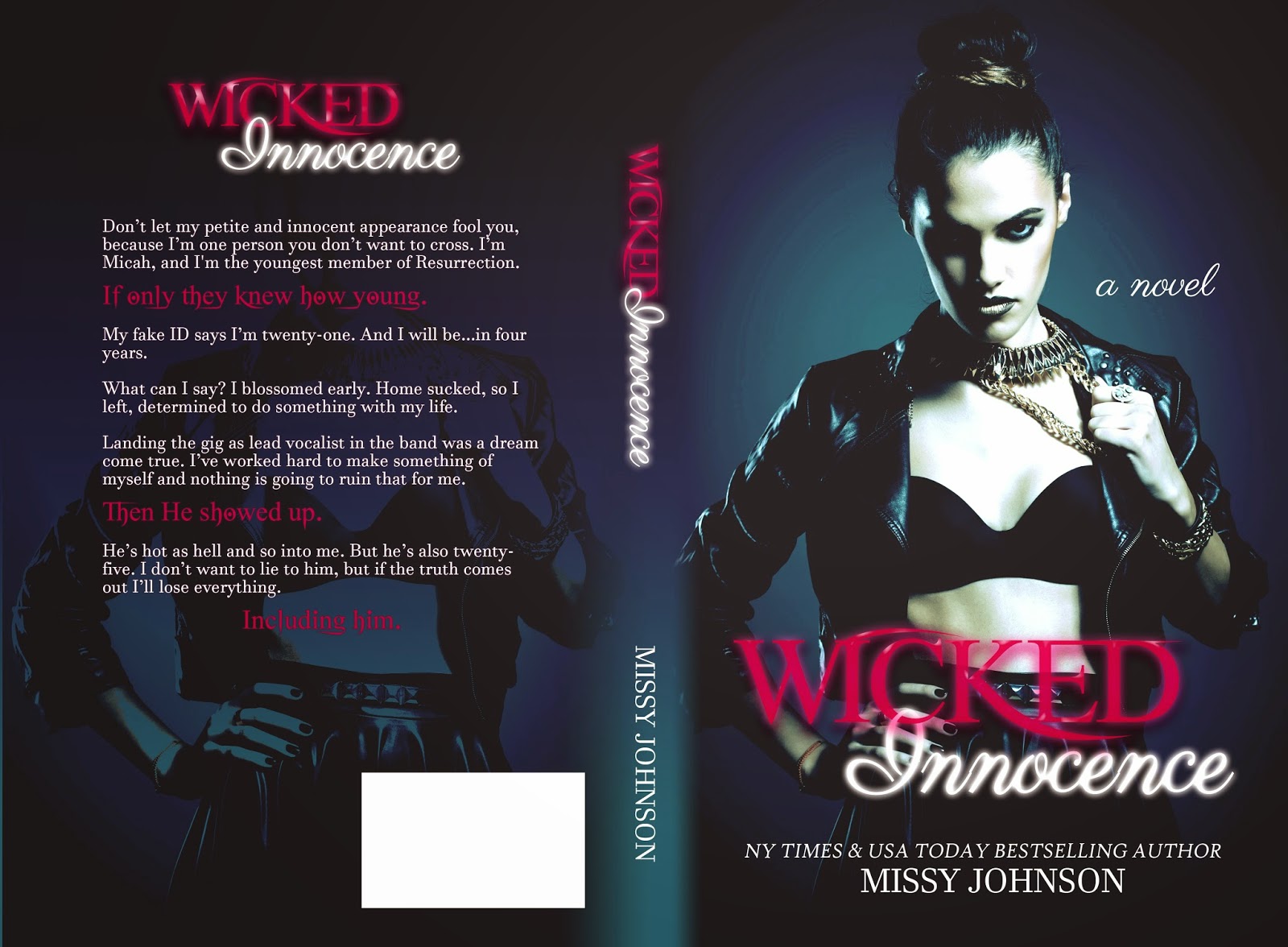 Wicked Innocence wasn't as wicked as I expected. With a name like that, I expected way more steam and hotness at least in the first part. I wouldn't have objected to more sexiness in the first 40% of the book, but I was happy with the offerings that I was given. After that it sure picked up and packed in the sexiness worthy of the title!

In other words, the last 60% of the book more than made up for the lack in sexiness of the first chapters. It was so hot that my Kindle almost melted. ;-)

In addition there was a story full of music, including a has been rocker, Sax, who is trying to keep his cousin and his band mates from making the same mistakes that he did while he was rocking. There is also a young woman who is chasing her own musical dreams.

Micah isn't really who she pretends to be. She isn't really as old as she pretends either. She is however, a powerhouse of a singer. That is how she ends up being the lead vocalist for Resurrection and meeting Sax.

He is responsible and loyal. I really liked his character. I actually liked Micah too. I felt for what she went through that made her a strong woman who was wise beyond her years. They made sweet music together in more way than one.

I really liked the two of them together and I hope that there will be more about them and Sax's next journey in music. :-)

I received an ecopy of this book in exchange for my honest opinion. I thought it was a hot, melodious treat that I enjoyed a lot. There was some humor, romance, sex, music, action, and drama.

If you enjoy music, characters that have issues to overcome, romance, really hot and steamy scenes, and bad boy rockers, you'll want to check this one out. ;-)

Don't forget to enter the Comment Incentive Giveaway. It is a great chance to win a book you'd like to have! The link can be found at the top of the page.
Posted by Brenda Demko at 7:42 AM