Everyone remembered the day the sky went black. The day the sun was wiped from the sky. They remember the wind as it brought in the darkness; the way the earth shook and everything changed.Everyone remembered the screams as the darkness ate those who were out in the open, those who had surrounded themselves by light, and those who made noise.Everyone remembered the voice from the sky and the way food disappeared.At least, that’s what I hoped. I hoped that there was an ‘everyone’ that would remember because I am not sure how many are left, how many survived. Or if anyone did.I hoped that I wasn’t alone.I remembered that day.I remembered because it was the day I became alone.It was the day that everything was perfect until the monsters took it away. Then the house went silent and the birds stopped singing. It was the day when everyone disappeared, everyone except the boy, the only person I have seen in two years.

The boy I talk to through the glass. 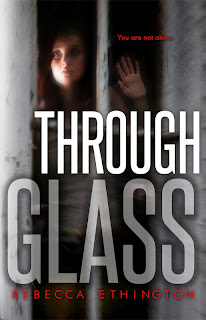 I looked up as the screech of the Ulama ended, as the monster fell to the ground of my room, the dark blood of the two dead creatures spilling over my once white carpet.

I stared at the monsters as I panted and my heart beat a frantic pulse against my skin. I stared as my pulse slowed until I could pull my eyes away from the thing that tainted my room to look into the eyes I had dreamed about every night for as long as I could remember.

I couldn’t move, I couldn’t make my tongue work. I just looked at him, knowing that tears were sliding down my cheeks; knowing and not caring.

I wasn’t sure why I was crying, I wasn’t sure if it was because of the panic that still surged through my body or the joy that I felt at seeing him there.

“Alexis,” he said, his voice as deep and rumbling as I remembered it. It shot through me and for the first time in years I felt alive.

I didn’t say anything. I didn’t trust my mouth enough to form coherent words. I just moved. I moved as he moved, our hands meeting for the first time in two years as we hovered over the body of the monsters that had attempted to kill me.

I grasped his skin, my heart beating so fast I was sure I couldn’t take it. A shaking breath moved out of me, his own breath moving across my skin. He moved closer as his frantic breaths rolled over me—the heat of his breath, of his touch—igniting a fire across the surface of my skin. His fingers trailed their way up my arms, over my face, across my neck…

Everything felt like it was on fire. I smiled through the tears as he wrapped his arm around me and pulled me toward him. I let him, letting my own arms wrap around him in my desperate attempt to get closer to him, to feel more of him.

I felt his lips graze against my skin, the touch dry and foreign, but incredibly welcomed. I turned into it, my fingers digging into his tattered shirt and into his shaggy unkempt hair as the scruff on his chin moved against my face.

I gasped at the prickly sensation that cut into me, the gasp deepening into a groan as his lips made contact with mine. The feeling of ecstasy I was now feeling grew into something I couldn’t ignore.

I clung to him, I pressed into him. I felt every part of him as he did the same to me. No words had passed between us since he had said my name, but we didn’t need them. I could feel his happiness in the way he clung to me, sensed his relief in the way he breathed and his joy in the taste of his lips.

I felt it all and I knew he felt it all from me. He pulled away from me slowly; his hands unwilling to leave my body as he moved back to look at me. His cheeks were stained with tears as he moved my hair out of my face and stared into my eyes.

“You have no idea how long I’ve wanted to do that,” he said again, the same words from all those years ago sounding even more beautiful.

“Two years, one month, thirteen days and a few hours?” He smiled as I spoke, his fingers running over the skin of my face like he would never let me go.

“And a few minutes,” he gasped, the sounds of ecstasy heavy in his deep voice. He smiled and I couldn’t help it, I laughed. I laughed loud and deep and let the sound carry around us.

Cohen smiled as his laugh filtered through mine like a silver ribbon. The happy sounds surrounded us and, for that moment, I was happy. I was free.

I couldn’t feel the pulse of fear that still beat through me. I didn’t see the monsters that lay lifeless in my room. It was Cohen and me, and everything was perfect.

Until the sound that would ring in our death rent through the air.

The screech of the Ulama broke through the sound of our laughter and destroyed the perfect peace we had created. The sound left as quickly as it had come, the warning received. We didn’t have much time. 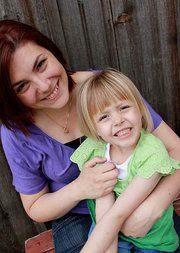 Rebecca Ethington has been telling stories since she was small. First, with writing crude scripts, and then in stage with years of theatrical performances. The Imdalind Series is her first stint into the world of literary writing. Rebecca is a mother to two, and wife to her best friend of 14 years. She was born and raised in the mountains of Salt Lake City, and hasn't found the desire to leave yet. Her days are spent writing, running, and enjoying life with her amazing family.

This is Not my usual type of book and I may or may not decide to try it at a later date.

Why post about it? Because Rebecca Ethington can really tell a story. I am a fan of her Imdalind series. If I liked dystopian books, I'd have purchased this one right away. Therefore, I would recommend that you try this book if you like dystopian books. I would if I did! I don't and I'm still considering it.

Disclaimer: I'm not affiliated with any of the mentioned authors, pages, book sellers, etc... The provided Links are simply given to ease your curiosity should you want more information. I'm not compensated in any way for giving you this information or for any adds, banners etc.... I share what I want when the mood suits me. :-) Any books that I review were purchased by me unless otherwise noted. Giveaway prizes for tours that I take part in are provided by the author or publisher unless otherwise stated.
Posted by Brenda Demko at 12:00 AM