Books + Food = Reads and Feeds!
This month it's my turn and I hope you like it.

I decided to share some of our favorite things to eat at camp along with a few pictures from our trips to camp taken over this summer. Last but certainly not least, I'll tell you a little about some of the books that I read while at camp. 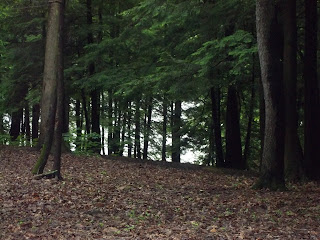 Take a walk with me down a wooded lane. The scenery is anything but plain. 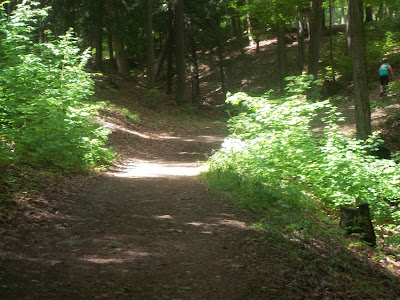 After a visit, I feel a little more sane and I look forward to being there again. :-) 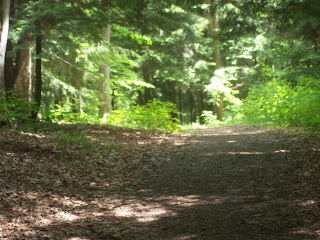 These pictures just can't compare to actually being there. It is calm and serene and very very green. 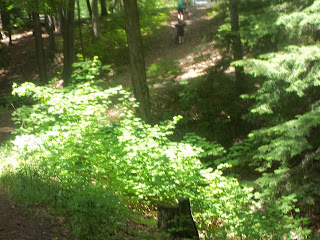 Some people hike and some people bike, some go for a walk and some just sit and talk. 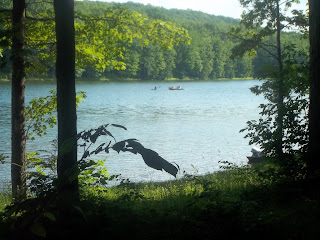 Some people kayak or use a canoe. Going on a boat is another thing we sometimes do. 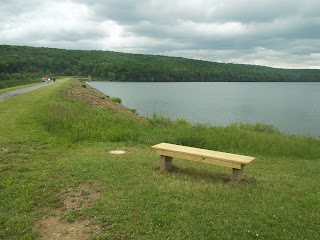 Sometimes we take a break and look out at the lake. 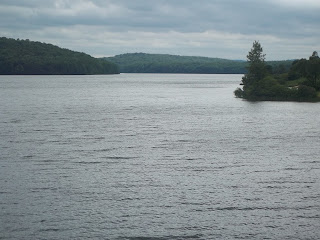 The lake is huge and shaped like a horseshoe and then some. 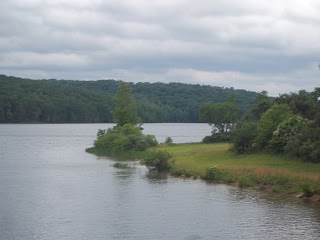 It is deep and very blue. It holds many fish for the boys to catch too! 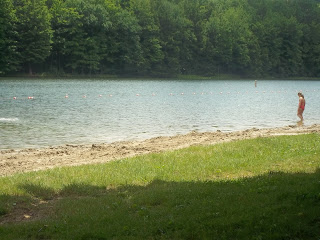 When it's really hot, we swim at the beach. When I don't think it's hot, I read while they swim. 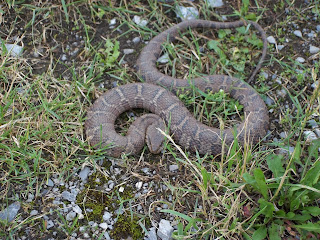 Sometimes it can be scary as there are creatures all around. 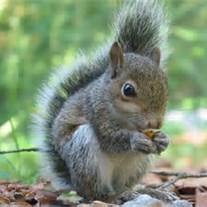 Sometimes it's almost magical especially when you don't hear a sound. 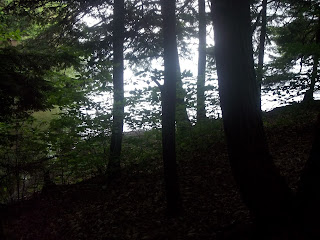 One of my favorite things to do is sit around the camp fire. 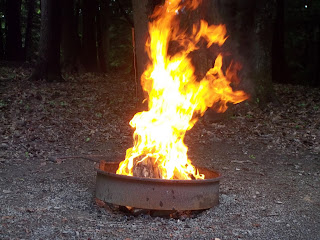 You should see the sky there at night. There are so many stars and they are so very bright!


Much of our food is made over the fire.

We like to make smores but I do mine differently than most people.

We use graham crackers (I prefer the Cinnamon kind), and I spread peanut butter on one half of it.

I put some Hershey's chocolate on top of that and then I wait for the boys to roast the marshmallows. When the marshmallows are nice and melty, we add them to the crackers. Squeeze both halves together and eat our messy treat!

Sometimes I forgo the smore and just eat the marshmallows. I like mine burnt.


Another treat we eat at camp is banana boats. These are ooey and gooey too but they are sooo yummy!

We take bananas and I peel one section of them back. I cut a sliver off of the banana (usually at a slant). I then spread peanut butter on the main part of banana, add mini marshmallows, some Hershey's chocolate, and I drizzle some carmel sundae topping over that. I put the other piece of banana back on top and put the peel back together. I wrap it in foil and place it on the fire until every thing is nice and melty. Yummmm! I should say that you can add anything you like or leave anything out that you don't like (except for the banana).

We also make mountain pies. Our favorites are pizza, grilled cheese, ham and cheese, and apple. We've tried some other weird combinations though! lol!

Now, let me tell you about one of our favorite meals to have at camp. We call them hobo packs because everyone can add whatever they like to their pack and everything is thrown in together to cook. No pots or pans to wash and no mess! I love it!

First of all, you'll need foil. I place a nice long piece down on the table then I add some butter. You want to add enough to keep the contents from sticking. If you make a big pack you need more than when you make a small pack.

After that, everyone starts to add different things. Lets talk meat first. We used to add stew meat but it takes a little longer to cook. Now we usually use ground beef but you could add chicken, sausage, etc... or omit the meat. My one son likes to cook a hot dog over the fire to add to his after.

We've also tried corn but it always burns so I'd suggest not using corn. :-(

We season it with salt, pepper and what ever other seasonings people want. I usually add some garlic salt to mine instead of the fresh garlic.

If the pack is big, I add some more butter to the top.

Then we roll the foil up to make our pouch. I always add a second piece of foil and I flip the pouch so that the seams go the opposite way.  We place them on the fire and let them cook. When the potatoes are soft, we check them to make sure the meat is done as well and then we eat!

Sometimes we add Cheddar cheese to the top right before we eat them.

In the winter we make these in the oven. They are so good.


Here are before and after pictures for you to see. 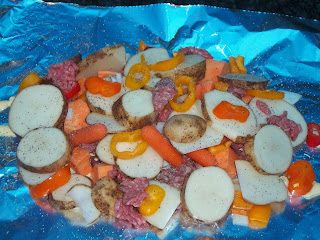 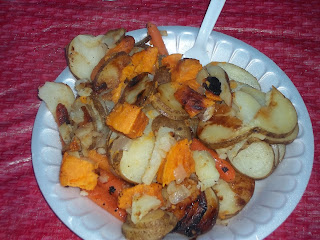 
I only wish that I'd used the same pack for the pictures but I almost forgot about the after picture. This is a meatless pack.

Some of the books that I read during my summer at camp were:

I really like the Legacy series by N.J. Walters. Quinn's Quest is book four. That series is all about werewolves with some vamp action too!

Hungry Like A Wolf was another werewolf book and it is  book number eight in the Others series by Christine Warren.

On Dublin Street was pretty good and so was The Marriage Trap. I didn't read the first book The Marriage Bargain. But I want to.

The Vincent Boys was not bad but I struggled to make myself read it in parts.

Last but not least, is Fight With Me. I am currently reading Play With Me (the third book). These books are from the With Me In Seattle series and I can't get enough of them!

In my experience, you can easily read anything at camp. Until this year, I never noticed the number of people on the beach reading books. Let me just say, there was a whole lot of reading going on!

I have read books with people camping and I meant to include them in this post but I am fighting a major sinus infection and concentrating and thinking are just not happening for me right now. The only one that comes to mind is: 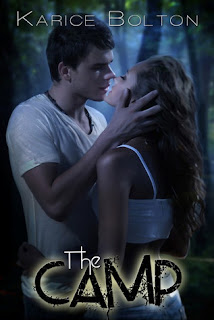 I haven't read this one yet. I want to though!

What would you read at camp?

Email ThisBlogThis!Share to TwitterShare to FacebookShare to Pinterest
Labels: Reads and Feeds