Giveaway and Spotlight on Given To You by Carly Sexton 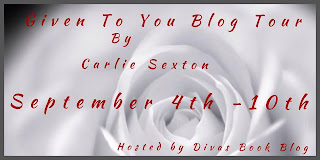 To give is a virtue. But to give your very self, the ultimate bequest. Offered in love, it can be wondrous. Offered in desperation, it can be deadly.

In Book Two of this three-part epic, young and tempting Kate Simmons at last seems to reach a safe haven of happiness when she moves in with Neil, ambitious and persevering both in his legal practice and his love life. Taking great care to protect his trophy and the surprise he has in mind for Kate, Neil hires security to accompany his soon-to-be fiancé on a scavenger hunt of a lifetime. And it is life, itself, that is in the balance when Kate becomes the hunted as the jilted Roger snatches his prey.

The obsessed minds of Neil and Roger now take aim squarely at each other — with a bare and exposed Kate directly in the crossfire. Knowing her very life will be the winner’s spoil, Kate stares agony in its ghastly face as it approaches for the death dance.

There is no time, no place, no safety in a war of fixation. A war in which the winner will be either the last one standing, or the last one to die. 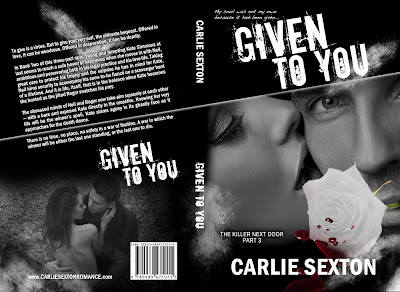 Suddenly, reality hit her hard and she shuddered at the thought of what Roger was going to expect from her. Things that she didn’t want to do with him. He had already kissed her forcefully and she thought she was going to throw up in his mouth. The thought of being with him made her skin crawl but she began preparing herself to do whatever it took to survive. She hoped that Neil or the police would find her. She had an idea of at least giving Neil a clue. Thank God her mom had read Hansel and Gretel to her when she was a child.

Kate took the lipstick out of her purse, hoping she had enough to write a message on the mirror. She wrote: Please help. Kate Simmons-kidnapped. Going to Big Bear. Call Neil at (619) 299-7140 and 911. This might be her only hope, that someone would find this message and call Neil to tell him where she was going. It would give him and the police a starting point. Someone was bound to see this sooner or later.

She had obviously taken too long and Roger burst into the ladies room like a deranged lunatic. Their eyes met in the mirror.

“What the fuck are you doing?” he growled at her.

Roger took the lipstick out of her hand and threw it across the bathroom. He then smeared her message with his hands, making it unreadable. Perhaps being so angry, he might decide to kill her right there. Kate had no idea how to diffuse the situation, words failing her as she stared at him with intense fear crashing over her like waves in the turbulent ocean. 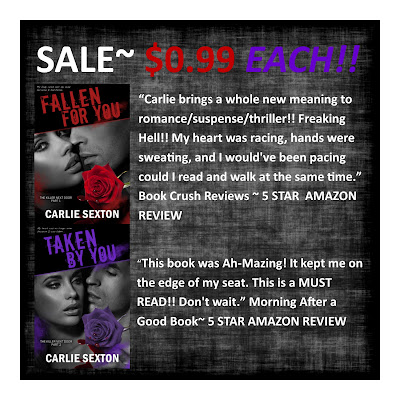 If you missed the first books, here are the links again. They're still 99 cents!!! 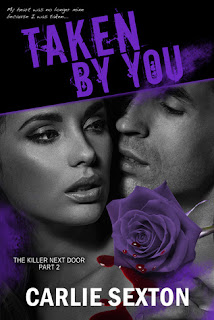 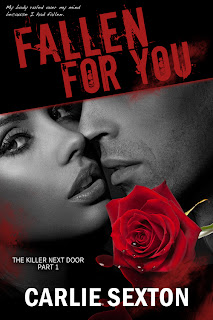 
If you liked the excerpt from Given To You and want some more, check out each of the other blogs for exclusive excerpts. Each one of us has a different part of chapter one for you to enjoy!


Do you read romantic suspense? 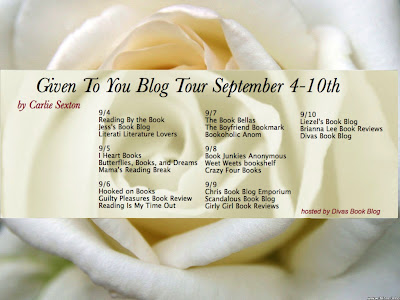