Adam Kingsley reigns as the young prince of Manhattan. Everything he touches turns to gold making him the envy of Wall Street. Women swoon at his feet, money falls out of his pockets, and his killer good looks are as wicked as sin. A dangerous trifecta.

What more could a thirty-two year old man wish for? Maybe that his life never changes and his past stays far away? Sounds reasonable but life seldom is.

Hidden secrets, Kathryn's passion for an ancient sexual practice, and a former business partner wanting to inflict a deadly revenge set the scene for a wild ride as Adam tells the story in his own words. 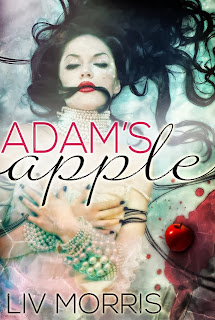 Neither one of us utters a single word. My surrender to her witty entrapment of me still hangs in the air. I’m an MIT genius for fuck’s sake, but she’s been winning all the arguments with me. Hands down kicking my ass. Who would’ve thought my mental match would be a sexy-as-hell vixen wearing red lipstick and Shalimar? Both of which are driving me crazy right now.
I’m not sure she has any idea what she has won, as I willingly gave into her. And truthfully I’m not sure, either. We are stilling holding hands with the promise of nothing more. Normally in this situation, I’d be looking for the next willing woman. Holding hands was great in middle school, but I have needs that want to be addressed. Yet here I sit with her. Hand in hand like we’re at a church picnic. 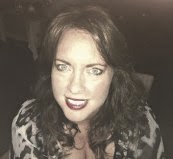 Liv Morris resides in Manhattan with her husband of twenty-eight years. After relocating eleven times during her husband's corporate career, she qualifies as a professional mover. Learning to bloom where she's planted, Liv brings her moving and life experiences to her writing.

A native of the beautiful Ozark Mountains of southern Missouri, Liv feels blessed to have a supportive and close family. Her three grown daughters are scattered across the country, but thankfully call home on a regular basis.

She received a B.S. in Communication from the University of Maryland. Liv has published five short story series, Love in the City. Two of her short stories have landed on Amazon's top best sellers list in Contemporary Romance. Her novel, Adam's Apple, is due for release this summer.

Adults only!!!! In addition to some very hot scenes the language may be considered offensive to some as there are plenty of swear words used.

I do have a slight complaint though. Their relationship happens way too quickly for me. Like Zero to 4000 overnight. I'd have liked it to take a little longer and be just a tad more realistic.

Other than that the book was well paced and thought out. There was suspense and steam. ;-)

I would recommend this book to those of you who like hot books and don't mind swear words. ;-)

I will caution you that it ends in a cliff hanger. Those of you who don't want the break in reading may want to wait until December? when the next book is expected.

I received an ecopy of this book in exchange for my honest opinion. It was hot, Hot HOT! I enjoyed it very much. ;-) 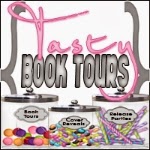