Today we're excited to reveal the cover of the newest book in the Of Light and Darkness series by bestselling author Shayne Leighton.  The Vampire's Hourglass is schedule to be published by Decadent publishing the end of this year or beginning of next. 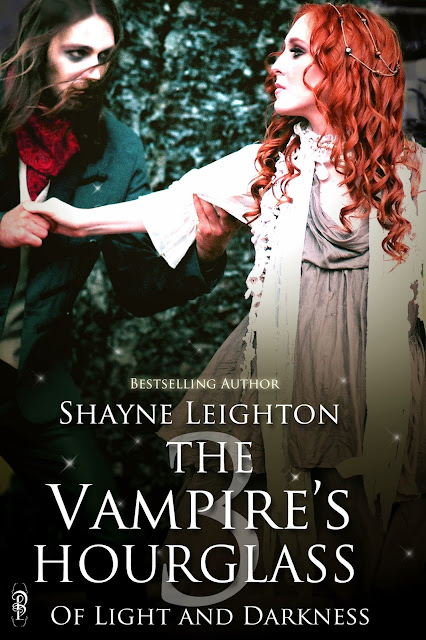 After narrowly surviving a near-death experience in an effort to save Valek from yet another showdown with Aiden, Charlotte awakens inside the forsaken, crumbling walls of the Regime Palace. Though she finds herself surrounded by her closest friends, she is conflicted over her feelings of the sudden absence of her Vampire guardian from her life.

With Nikolai there to console her, Charlotte cannot shake the undeniable chemistry she feels for this familiar stranger. But they are running out of time. Charlotte’s peculiar ailment will return and Sarah, the witch, will sacrifice her youth and beauty in order to save her best friend, unless they find the secret, Dark City.

Charlotte, Nikolai, Sarah, and several other favored characters travel down to the underbellies of Prague to find Valek. But what they end up discovering are the dark and nasty secrets the elder Vampires have been hiding for centuries. Charlotte must overcome her mortal limitations to win back the heart of the one she truly loves and escape the gates of Abelim with her throat intact in this enthralling, highly-anticipated third installment of the Of Light and Darkness Series.


He was talking about the scar that still thrived at the side of her throat. The one that appeared there after Valek left his first, initial bite months ago in Francis’ home. The one that had ailed her since and nearly killed her until she unwittingly saved herself by stabbing a hole in her own chest. Not her empty, openly bleeding heart and her feeling of abandonment and being alone, but a literal hole that she created herself some snowy weeks ago when she attempted to end it all to prove herself as something more than just an expendable mortal in this game of light and darkness. She wanted to finally be recognized as a hero, nearly having killed herself for the sake of saving her friends from Aiden. Knowing the tainted taste of the blood from her ruptured heart would drive him away.


But what did she have to prove for it now? Another giant scar. And more than that, her nightmare came true. Valek was nowhere to be found, no matter how hard she looked. After everything he did, and everything that had happened because of his carelessness, she wasn’t sure how badly she wanted to find him. That thought made her heart constrict. But then again, Aiden had disappeared as well. At least there was that.
“Not really. Not as much as the emotional pain underneath it,” she finally answered Nikolai’s question honestly. “The heartbreak hurts worse than the scar ever could.” 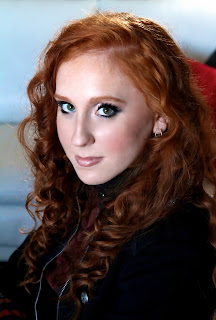 In Shayne's first year out of high school she penned, co-directed, and starred in the feature film 'The Incubus', a paranormal romance, which obtained distribution and screened in over fifteen theaters across South Florida among major theater chains such as Regal, AMC, and Cinemark. 'The Incubus' has also obtained a passionate fanbase of over 100,000 girls online and has garnered the attention of reporters from the Miami Herald, CBS News, and NPR Radio. Leighton also starred alongside Scream Queen, Tara Cardinal, in the film 'Legend of the Red Reaper' which made its world debut at the 2012 AFM in Los Angeles. Twenty-Two-year-old Leighton is excited to release her debut young adult novel series, 'Of Light and Darkness', set in contemporary Prague, as well as developing the film adaptation of the novel series. Recently released songs can now be heard on ReverbNation.com with a full-length album in the works. Leighton is currently named #35 on the pop charts in Miami, FL. Named #26 in Boca Magazine's "Top 100 'It' People" for 2011. Shayne Leighton lives in Fort Lauderdale, FL with her husband and key inspiration, Frank and travels back and forth to the Czech Republic often. Find out more about Shayne at: www.ShayneLeighton.com

Check out The Vampire's Daughter, the first book, for only .99 cents on Amazon!

Giveaway:
The Vampire's Daughter & The Vampire's Reflection by Shayne Leighton *signed*
Open Worldwide!
Must be 13 or older to enter (with parental permission).
Ends Aug. 8th, 2013